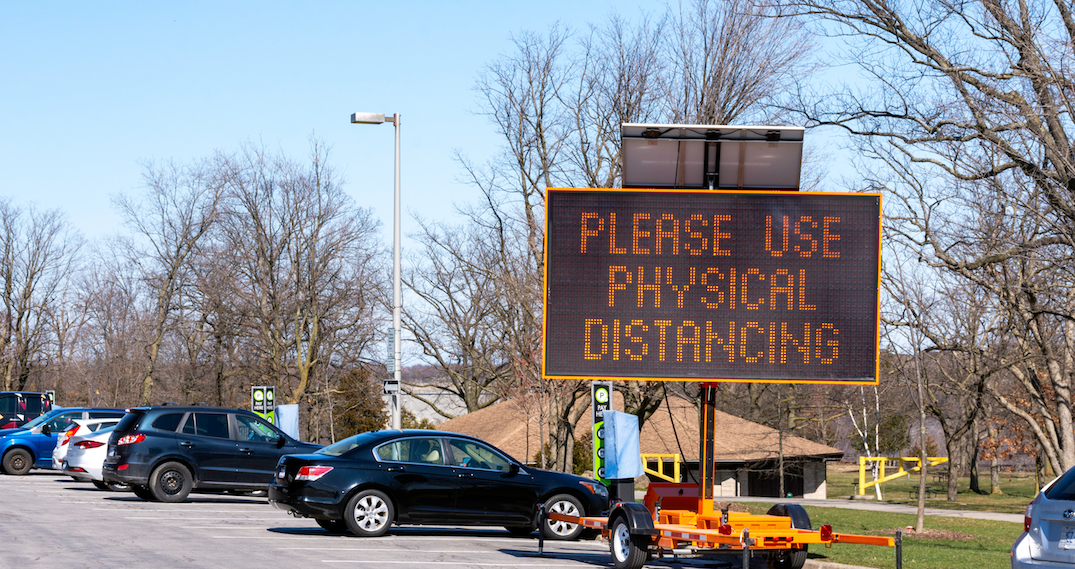 What almost seemed like an afterthought in a single tweet has now become a national discussion about which province is the “Florida of Canada” when it comes to the handling of the COVID-19 pandemic.

The discussion began because of a tweet by Dr. Eric Ding, a US epidemiologist and health economist, in which he boasted that Quebec had implemented a mask mandate in all elementary schools. He then took a short but poignant jab at how BC is currently doing.

The tweet garnered numerous responses about whether or not the criticism was deserved, if other provinces were more deserving of the title, and the general ridiculousness of the discussion.

Canadians arguing which province is the #FloridaofCanada is the most Canadian thing I’ve seen on twitter this morning, lol.

If BC is the Florida of Canada, what is Nova Scotia? My step-father describes it as “West Virginia-by-the-sea”.

Hot take since it’s trending: the Florida of Canada and the Texas of Canada are both Alberta

There’s no such thing as the “Florida of Canada”.

Might be a great medical info doctor, but knows exactly zero abt Canada.

If anything is “Florida of Canada” it’s Calgary.

Most of BC is under a foot an’ half of snow.

This cld *only* apply *maybe* to Victoria, which wld barf at the comparison. Trust me, they hate Florida.

I think it means… Vancouver? But honestly not sure

Where is the Florida of Canada? I assume It isn’t a conversation about Panhandles?

*me giggling when I see “ Florida of Canada “ and clicking on it and thinking “let’s see why Alberta is tending now”*
Me when I realize it’s someone calling my province the Florida of Canada pic.twitter.com/ILJ29StjBn

Guys – ONTARIO is the Florida of Canada.

Take any “Florida man…” news article and replace it with “Ontario man…” and you’ll see we totally fit the profile.

Also, have you met Doug Ford and his base “Ford Nation”?
Idiocracy at its worst.

Listen, a dude in Saskatoon threw a live snake at a Tim Horton’s worker after a dispute about diced onions. If that doesn’t scream Florida of Canada I don’t know what does. I mean, the abysmal covid response may also be a good indicator but… 🤷

Yeah sure guy I’ve watched enough Trailer Park Boys to know that Nova Scotia is definitely the Florida of Canada. You’re not fooling me. https://t.co/yvExWZ0dg0

I think the Florida of Canada has to be my home province of Nova Scotia.
It’s on the southeast coast. It’s similar in shape. They’re both peninsulas. Halifax gets crazy hot in the summer.
It’s a no brainer!
BC is California
Ontario is New York
Alberta is Texas
NL is Mississippi

The fact that we’re all arguing about who’s really the Florida of Canada just means we all agree that our
overall Covid response has been a shitshow.

Sorry everyone, the Florida of Canada is and will always be Alberta.

Hot tip: If your province is being called ‘The Florida of Canada” take it as a compliment, not an insult.

Seriously! I would like to present more evidence confirming our title as the Florida of Canada 😉 pic.twitter.com/epqOpEEi7k

The tweet even garnered a response in the form of a cheeky explainer video.

THE FLORIDA OF CANADA pic.twitter.com/gP6vCSu11t

In the end, Ding followed up with his original tweet, saying that while BC is a “beautiful place” where friends and family of his reside, the province is “not doing well right now” when it comes to COVID-19.

Dear friends in British Columbia🇨🇦—you are a beautiful place & I’ve had family live/study there. You handled pandemic well last year. But BC is not doing well right now—it has the highest R currently in 🇨🇦—1.54 (figure from @DFisman) & the highest new cases per capita. Stay safe. pic.twitter.com/1Ku6IqRXEY