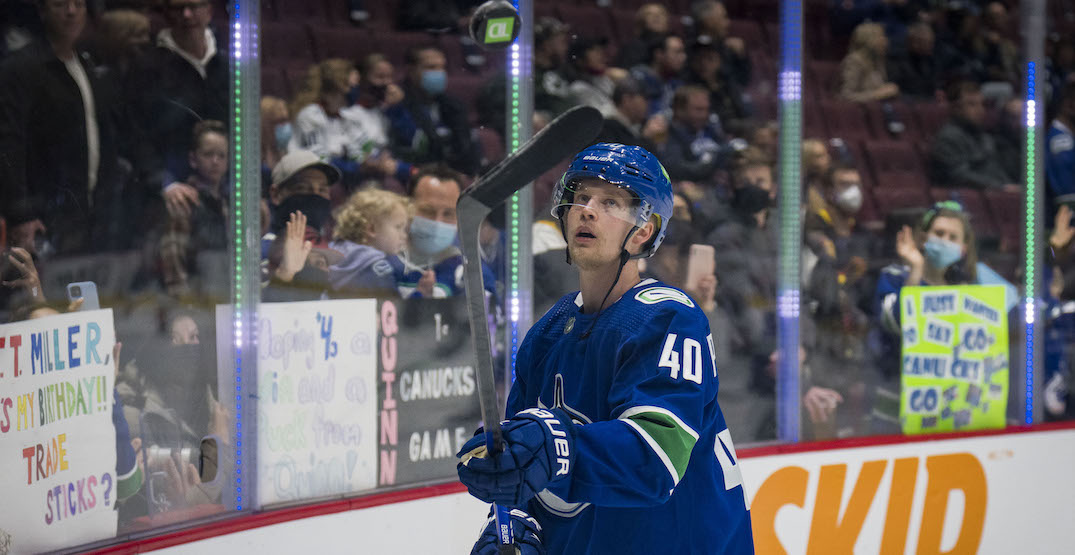 We are all Canucks, again.

For the first time since the Vancouver Canucks hosted their last pre-pandemic game on March 10, 2020, proof of vaccination won’t be required to attend a game at Rogers Arena.

Canucks Sports and Entertainment confirmed today fans and employees will no longer need to be vaccinated against COVID-19 to attend games and events at Rogers Arena or Abbotsford Centre going forward.

The provincial government announced earlier today that the BC Vaccine Card will no longer be required beginning on Friday unless private businesses decide to keep it. The next Canucks home game is scheduled for Saturday, against the San Jose Sharks.

“With the change in provincial health guidelines, fans and employees will no longer need to show proof of vaccination to attend games and events at Rogers Arena and Abbotsford Centre,” the Canucks announced today.

Long lineups have been seen outside Rogers Arena before games ever since the government began requiring businesses scan Vaccine Card QR codes in December.

“Mask mandates were lifted at Rogers Arena and Abbotsford Centre on March 11, 2022. Fans and employees who wish to continue wearing masks are welcome to do so,” the Canucks added. “Canucks Sports & Entertainment will continue to follow all provincial health guidelines to ensure we are fostering a safe environment for fans and employees.”

Unvaccinated fans haven’t been allowed at Canucks games, or any other sporting event in BC, since September. From September 13 to 23, fans were required to have at least one shot of a COVID-19 vaccine, and since October 24, the requirement has been two shots.

Preseason games, as well as some games during the Omicron wave, were played at 50% capacity. Canucks home games have been at full capacity since February 19.