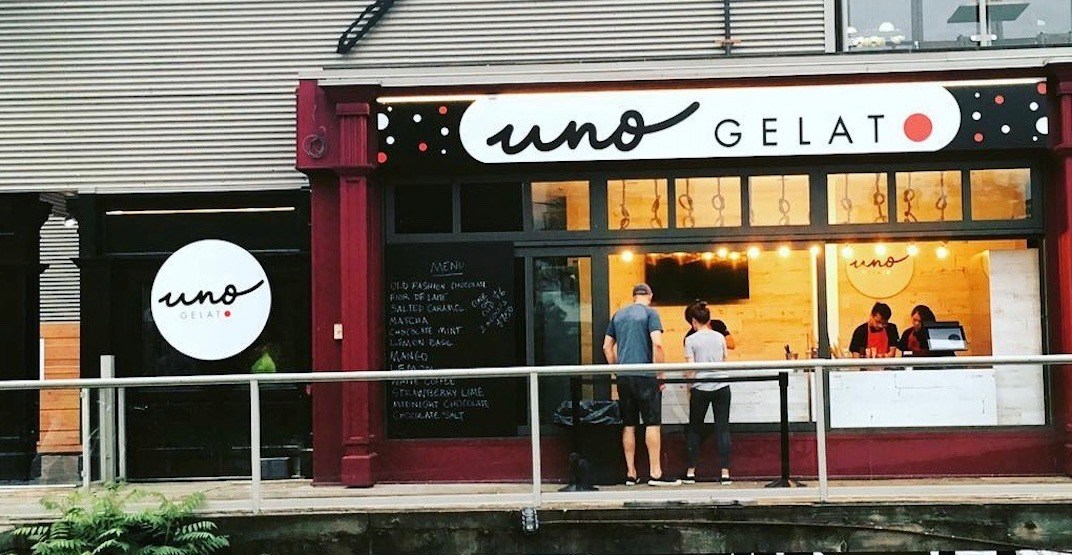 Uno Gelato just officially opened its second Vancouver location, and this time it’s on the water.

The second of three new locations from maestro James Coleridge (formerly Bella Gelateria) is open at Stamps Landing, tucked into the same space as Mahony and Sons.

Open noon to 10 pm daily, this is one of several new spots for Coleridge, which will offer a dozen original gelato offerings at each location.

Last but not least, Uno Gelato will be opening a store at Burrard Landing in the next week or so.