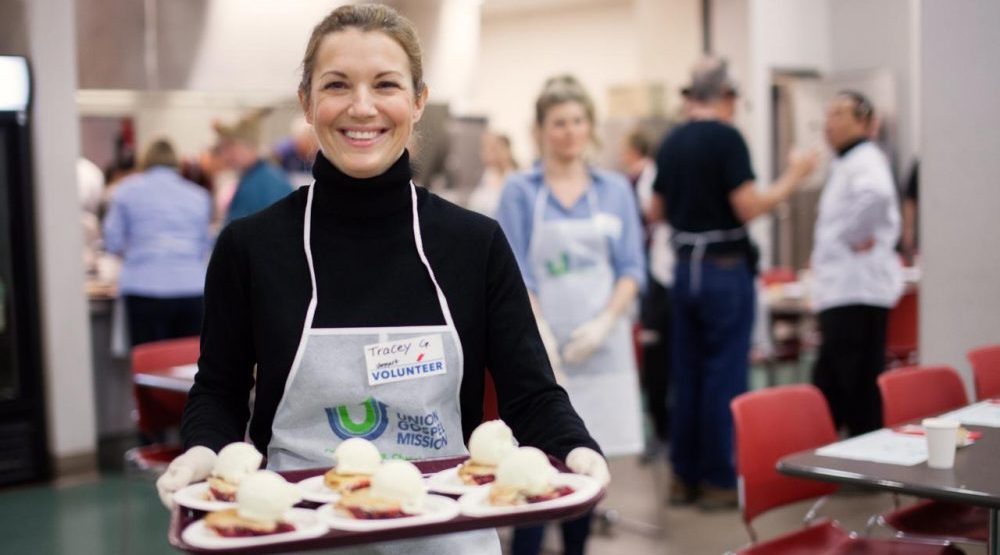 Union Gospel Mission (UGM) will serve 3,000 Christmas dinners this year as part of its mission to help shelter and support vulnerable people living in Metro Vancouver.

Serving Christmas dinner at three different locations, the UGM will be cooking up 2500 pounds of turkey, 800 pounds of mashed potatoes, and 700 pounds of vegetables.

All smothered in 300 litres of gravy and 260 litres of cranberry sauce. And of course, there will be 600 cherry pies and 400 litres of ice cream for dessert.

Among those serving dinner this year, will be 41-year-old Richard Lamarche.

Lamarche was born in BC and raised in Vancouver.

Though he excelled at sports like lacrosse, he also struggled with self-worth as a student and faced relentless bullying.

He was introduced to drugs at just 14-years-old, which seemed to take away feelings of insecurity and anger, before being coerced into selling drugs by another dealer at just 17. Despite success in the restaurant industry, Lamarche eventually couldn’t hold a job and slid into homelessness before his 30th birthday.

“I ended up on the Downtown Eastside streets for three years,” he said. “I slept in bank tellers to keep warm, I set up a camp on the North Shore for a time… My view of this world was absolutely horrific.”

Though Lamarche saw flashes of success over the next decade – spans of sobriety, a common-law relationship, and two young children – life remained unstable and Richard found himself homeless once again during Christmas of 2015.

“A glimmer of hope”

Alone, Richard attempted suicide. It was then he decided to seek help at Union Gospel Mission, which he knew from years before.

“It was relief almost instantly,” says Richard, who entered UGM’s Alcohol and Drug Recovery Program. “There was a glimmer of hope.”

Now, reunited with his family and approaching his second anniversary of sobriety, Lamarche is a full-time employee at UGM, where he will help serve 3,000 meals at the annual Christmas Dinner on December 9th.

“My gratefulness and gratitude are overwhelming some days,” said Lamarche. “I hope that sharing my story, struggles, and success will encourage someone else to take a step of faith and do the same [by asking for help].”

“Christmas can be make-or-break for our homeless guests,” said UGM President Bill Mollard. “This meal could be a turning point for many, like Richard, who will connect to our life changing supports like addiction recovery or housing. We want them to reclaim Christmas too.”

UGM will be cooking Christmas dinner at three locations on Saturday, December 10, from 10:30 am to 4:30 pm:

UGM already has all the volunteers it needs to serve Christmas dinner, but if you’d like to donate or volunteer on another occasion for the Union Gospel Mission, check ugm.ca.