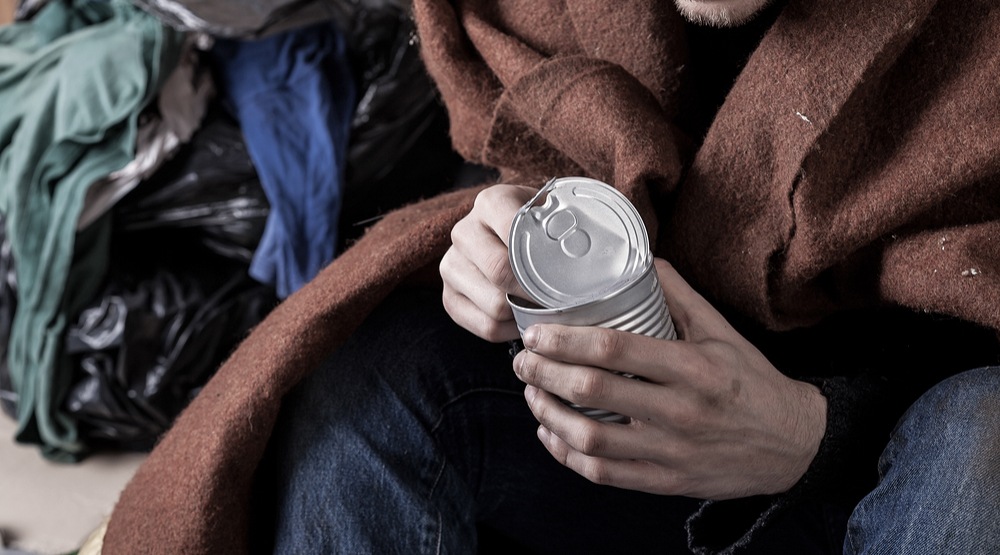 There are easy ways to help[ the homeless in Vancouver when the weather gets cold. (Image: Photographed.eu/Shutterstock)

With snow on the ground in Vancouver and more severe cold weather on the way; now’s the time many people hunker down at home with a hot meal, possibly in front of a fireplace, or wrapped up in their favourite blanket.

But unfortunately, the simple act of going home and getting warm isn’t an option for the city’s homeless population. For many, the battle to stay warm can be a battle to stay alive.

Fortunately, helping out your fellow humans in need doesn’t have to be complicated, and simple gestures can make a world of difference when the temperature drops.

“Donating things like blankets and warm clothing are the biggest things people can do to help,” said John Johnston, from Triage Shelter.

Johnston told Daily Hive that when it comes to giving items to shelters, versus directly to people on the streets, either option works.

“If you see someone [in need] on the street, I don’t see any reason why you wouldn’t just give it directly to them,” he said.

However, people should remember that homeless who live in a community with a shelter nearby will access the shelter’s services, so there needn’t be any concern “about goods getting distributed fairly,” Johnston said.

Donating money to shelters themselves is another small way to make a big difference in the lives and well-being of the homeless.

And those donations help pay for much-needed items – not least of which is fresh, clean socks.

Proper foot care was something Ortin said she didn’t think much about before she started working with First United, but it can play a huge factor in a person’s overall well-being and health during Vancouver’s cold, wet winters.

In fact, when demand is the highest, First United “will hand out 100 pairs of socks a day – and that’s when we’re rationing,” Orton added.

Ponchos, blankets, and waterproof items are other key items people can give, said Christine Meyers from the New Fountain Shelter.

Meyers told Daily Hive she recently witnessed a great example of the Christmas spirit, when she saw the driver of a car stop on the street, get out and proceed to hand out blankets from the car’s trunk to those nearby.

“I was really impressed,” Meyers said.

For those looking to do some good in their own neighbourhood as the cold snap hits, a list of homeless shelters in Metro Vancouver is available online.