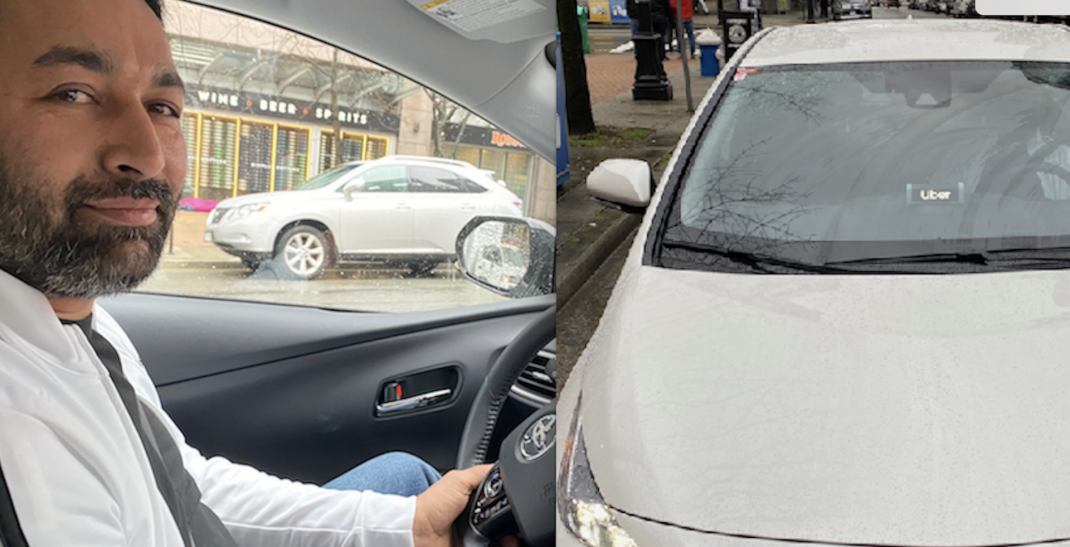 Today is the day that many Vancouverites have been waiting for — Uber and Lyft have finally arrived in the city.

With cars for both rideshare companies announcing their pricing and hitting the roads Friday morning, I was curious to see how easy and convenient it would be to grab a ride.

As it turned out, it was an overall smooth process to find an Uber from Daily Hive headquarters in Yaletown, to the Vancouver Public Library a few blocks away.

Within seconds of entering my destination in the Uber app, I was alerted that driver Sukhminder would arrive within minutes. 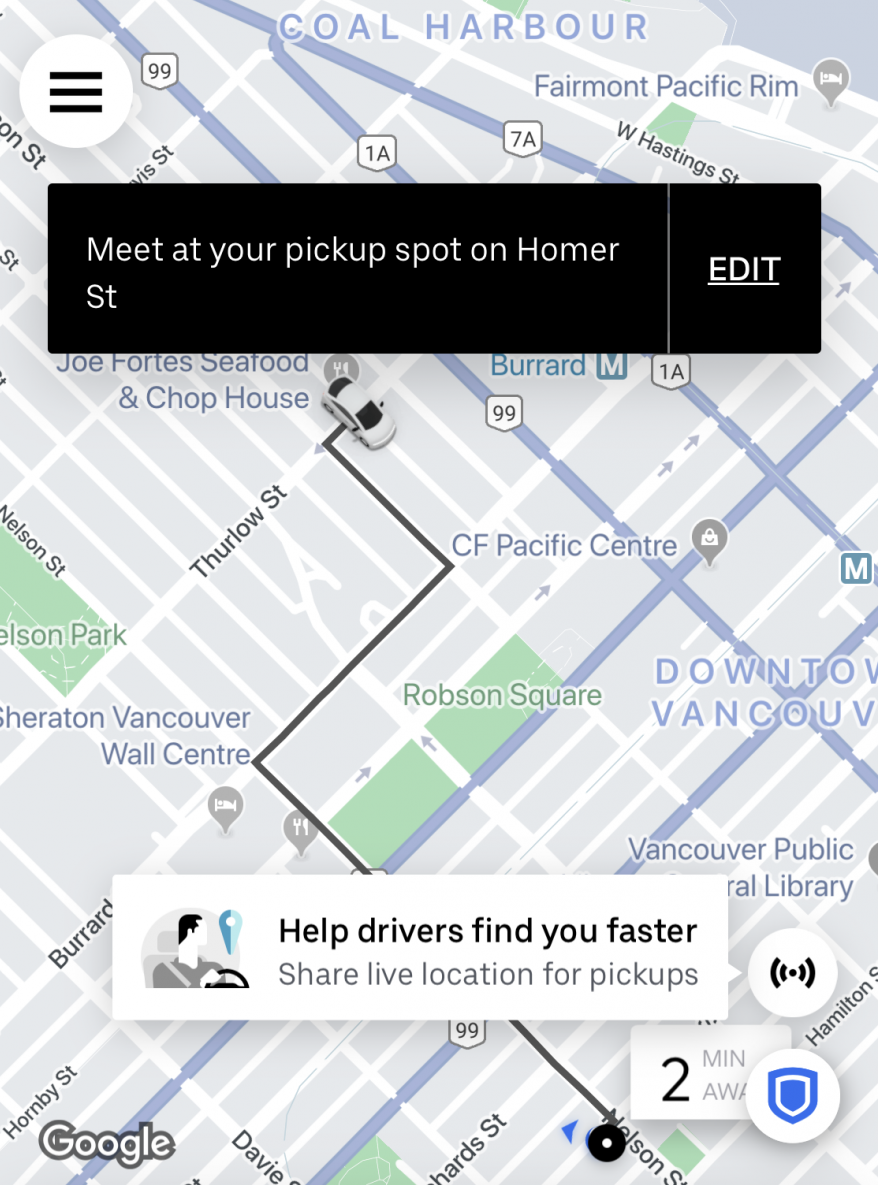 Sukhminder told me launch day had been busy so far. In fact, by the time he picked me up, he said he had already given five other people rides.

My driver Sukhminder was extremely kind. He used to be a taxi driver but switched to #Uber for the convenience. He splits this job with long haul trucking. pic.twitter.com/NLWym2HhdR

Before the launch, he used to be a part-time taxi driver in Surrey, but made the switch to become an Uber driver due to the convenience. He’s also currently working part-time as a long-haul trucker.

As for his friends currently working as cabbies, Sukhminder said they are worried about incoming change with rideshare and what it will mean for their business.

“But for us who are Uber drivers, it’s good,” he said. “First, it’s a part-time job so I can come and drive when I want. I have my truck kept in the yard right now and I have the car that I can then use for Uber and I can choose if I want to drive for two hours, or four hours.”

Overall, he added, “it’s a good decision for the public.” 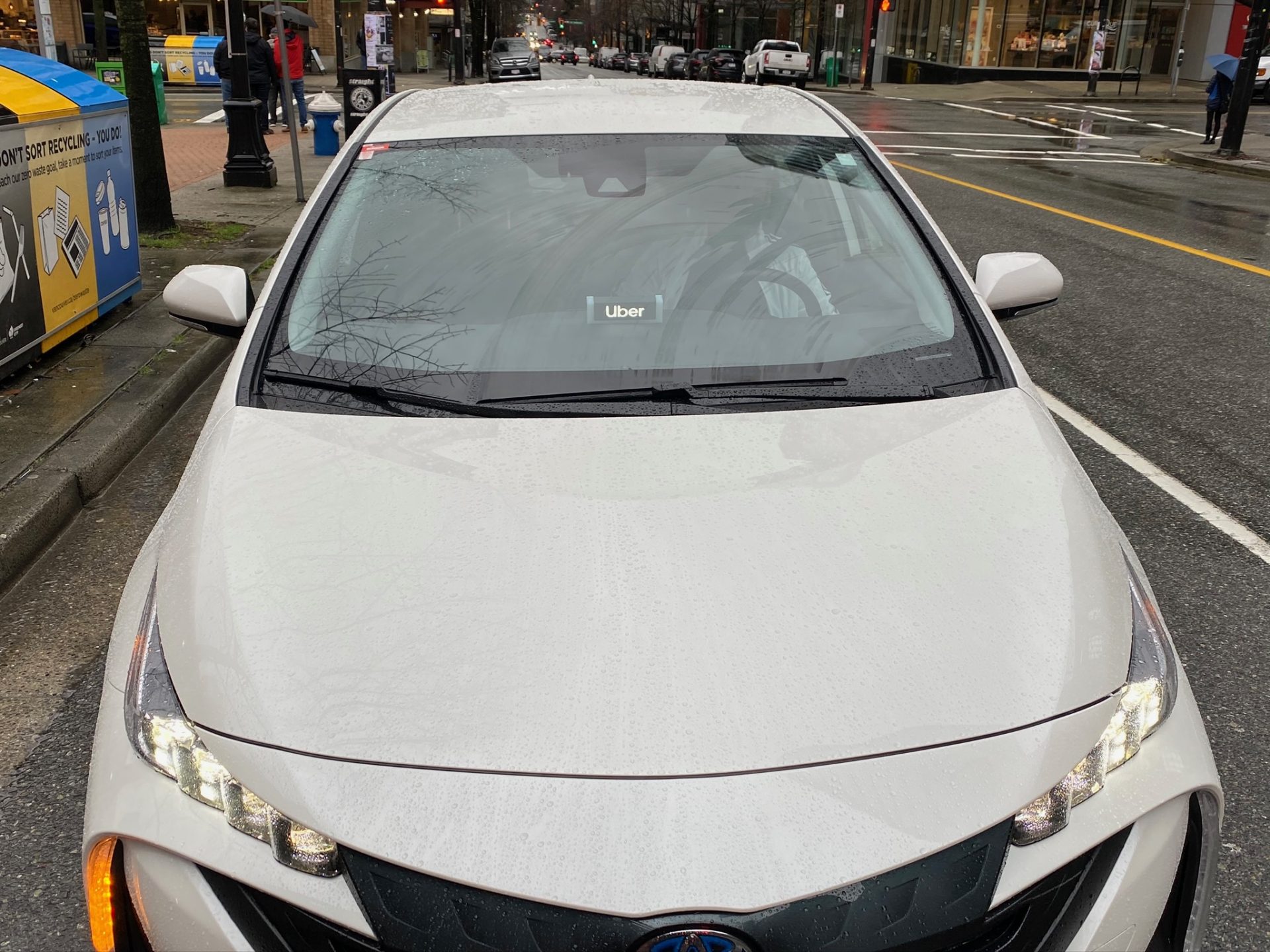 Sukhminder said he knows “many” young men who have signed up to become drivers and most of are former cabbies, Punjabi students, or long-haul truckers like himself looking to pick up extra work.

His hope is that driving for Uber will allow him to spend more time with his wife and kids.

“My kids are excited,” he said. “At least I will get some time with them between jobs.”