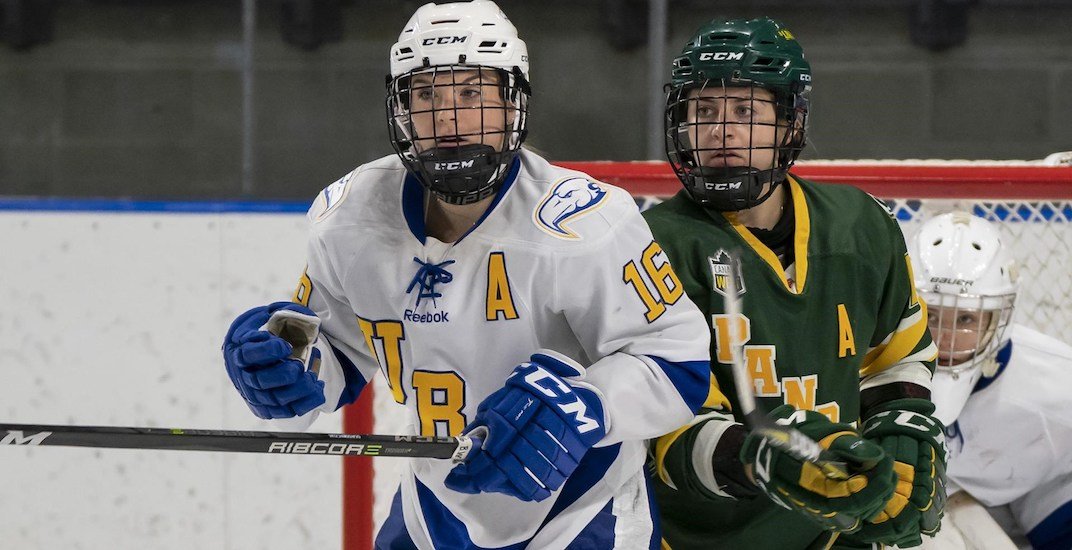 The year may be 2019, but the fight for gender equality in sports is alive and well.

The UBC Thunderbirds women’s and men’s hockey teams will share the ice at the Doug Mitchell Thunderbird Sports Centre this weekend, as both teams host playoff games on Friday, Saturday, and Sunday if necessary, in their best-of-three series.

It’s a rare occurrence, as the men typically play away games when the women are at home, and vice versa.

The women’s team is scheduled to play their Friday and Saturday games at 4 pm, leaving the more coveted 7:30 pm time slot for the men, which didn’t sit well with Mikayla Ogrodniczuk, a fourth-year defender for the UBC women’s team.

Ogrodniczuk called out the school on social media this week, tagging UBC president Santa J. Ono in the process.

When your team has to move their playoff games to accommodate the men’s team who finished lower in the standings. Gender equality? I think not. Another example of women at university being passed over for men. @ubcprez @UBC

How was this decision made? Did you guys flip a coin? Would love to hear about all the thought that went into determining game times

“It should not take the potential involvement of the media to see these inequalities and make changes. The people in power should make these changes so that the women who are there to play a sport, don’t have to worry about fighting for equal rights and opportunities.”

This exact situation also occurred last February. The men’s team played their game at 7:30 pm, while the women played earlier in the afternoon at 3 pm.

The uproar since Ogrodniczuk’s tweet has resulted in real change.

UBC Athletics has since instituted a new scheduling policy, resulting in the team that finishes with the higher ranking being given the option of deciding when they want to drop the puck. The new policy went into effect on Monday, a day after Ogrodniczuk’s tweet.

Had that policy been in place when scheduling this weekend’s games, the women’s team (18-5-5) would have been given priority over the 14-12-2 men.

“UBC Athletics is committed to gender equity,” said UBC senior athletics director Gilles Lepine, in a statement released to Daily Hive. “Since the concerns were raised, UBC Athletics leadership met with the women’s hockey team where important and encouraging dialogue took place. The valuable input that was shared in the conversation was beneficial for all involved.

“Furthermore, in the off-season we will focus on reviewing our approach and criteria to scheduling that isn’t centred around what has been done in the past.”

While the men’s team clinched home ice advantage after the women, Lepine insists the women were not bumped from their game time.

“These scenarios were acknowledged and confirmed by both teams before being submitted to Canada West on February 1. Since the schedules were submitted, there have been no changes to these schedules.”

(2/2) We also look forward to working with UBC Athletics in the near future to help further develop an environment that encourages gender equality. #GoBirdsGo

Whatever the case, Ogrodniczuk’s UBC teammates support her.

“We learned on the weekend that we were going to be playing at 4 pm next week,” said one teammate, who wished to remain anonymous, in an interview with Daily Hive. “Mik [Mikayla] sent out a tweet this weekend. It gathered a bit of attention and led to some positive changes within Athletics.”

“We’re really proud of Mik for standing up for something that she felt was right, and proud of each other for supporting each other through that.

“It resulted in some real changes. It’s a great thing for the program and women’s sports.”

“We had the athletic directors come in and speak with us as a group,” said another Thunderbirds teammate. “It was a really positive conversation. They received our feedback really well. I think things are moving in a really positive direction. Especially with the new policy that they’re implementing.”

There is more that UBC Athletics could be doing to further help support female sports teams on campus. A women’s Winter Classic game like the men play every year is long overdue, for instance.