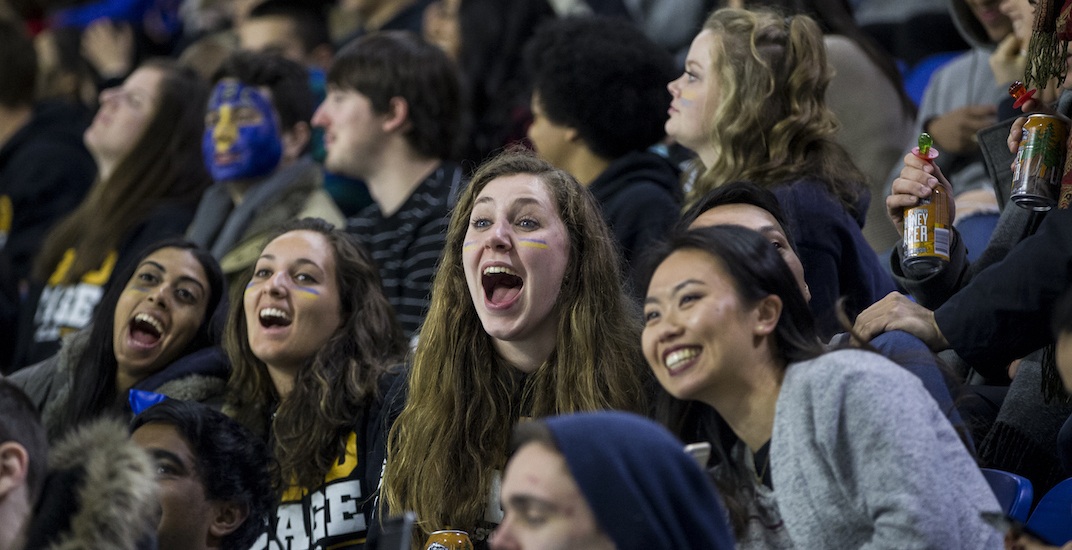 That’s because the fourth annual Winter Classic is taking place at UBC, and for the second straight year, it’s expected to be a sell out.

Only 2 days to go until Winter Classic! Kickstart your Friday night with a pre-party at the rugby pavilion at 5PM then join an expected crowd of 5,500 fans at the @ubctbirdarena to cheer on our @UBCMHKY.

Tickets online have already been all snapped up, so your only chance to claim a seat is to show up to the arena box office when it opens at 4 pm on Friday.

“There will be a very, very limited number of tickets available for walk up,” a UBC spokesperson tells Daily Hive. Over five thousand fans will turn up for the event, which has become more than just a hockey game.

The pre-game festival on the arena concourse actually continues throughout the game. Other features include:

As you can imagine for an event that includes a mechanical bull, the atmosphere spills over from the party to the game.

When: Friday, January 19
Time: 7 pm (doors open at 5 pm)
Where: Thunderbird Arena at Doug Mitchell Thunderbird Sports Centre, 6066 Thunderbird Blvd, Vancouver
Price: $20 (tickets online are sold out, limited number of seats to be made available for walk up crowd when the arena box office opens at 4 pm on Friday)