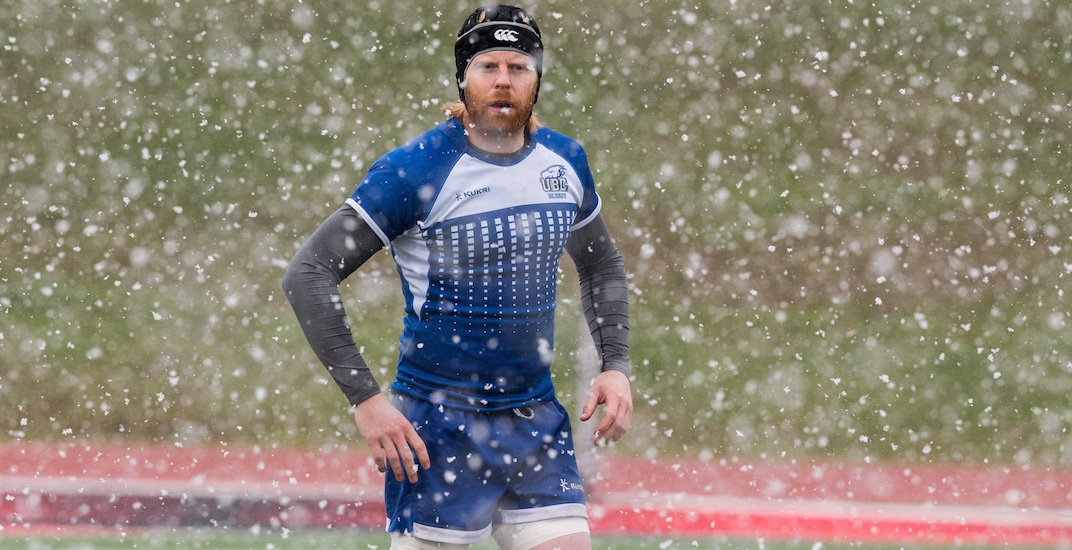 They’ll remember this one for a long time.

The UBC Thunderbirds have made history, winning the first-ever Canadian national championship in men’s rugby.

UBC defeated their provincial rivals from the University of Victoria, 37-12 in the gold medal game on a snowy Sunday afternoon in Guelph, Ontario.

The T-Birds hoisted the Spencer McTavish Trophy, appropriately named after the player and coach who spent 30 years with UBC.

“This was in our sights. We were excited when the tournament came up and we knew it would be a lot of hard work with great teams challenging for this. It’s nice to be recognized throughout the country as the No. 1 university for rugby.”

UBC won this match because of their play in the first half, shutting out UVic while piling on 32 points of their own.

“Team is the best description,” Langston said about his team’s effort. “Everybody did their jobs. Different guys took it upon themselves to score points and play great defence. I’m just really proud of the way they played as a unit. All 26 guys got to contribute, which is a special thing.”

Nobody else had more players named to the Tournament Dream Team than UBC, with eight players making the cut:

Here are the best photos from the gold medal match, courtesy of photographer Karyn Stepien / UBC: 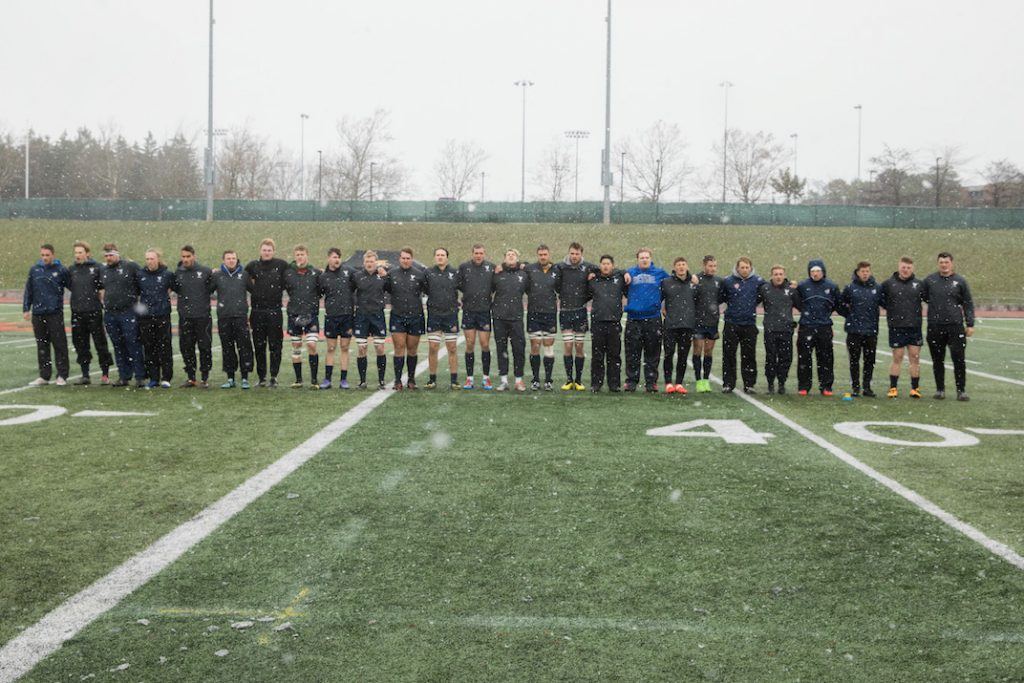 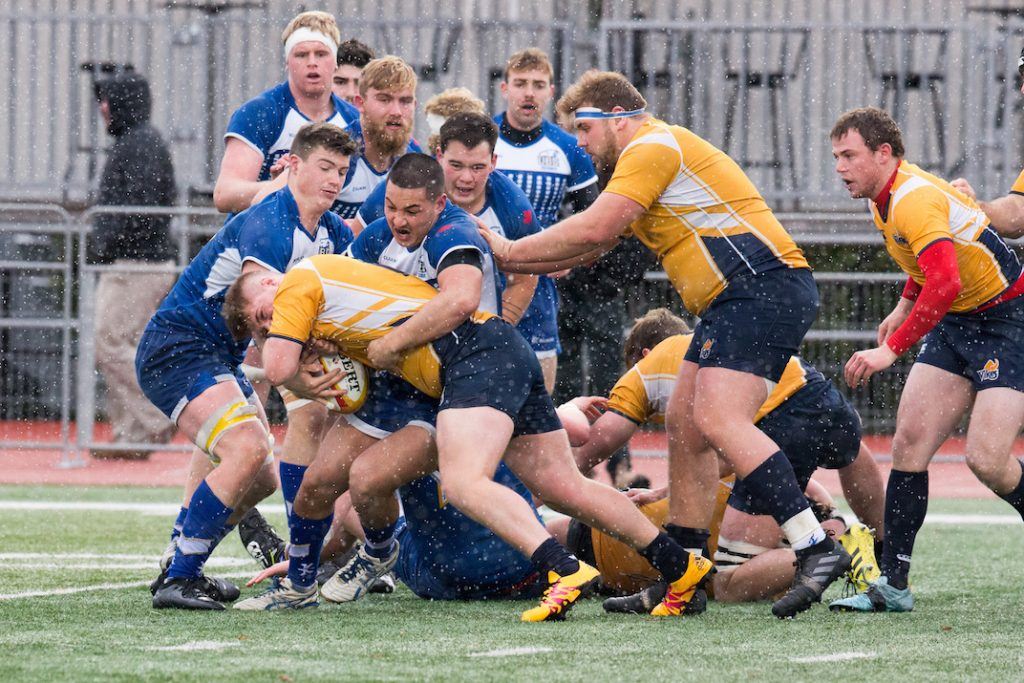 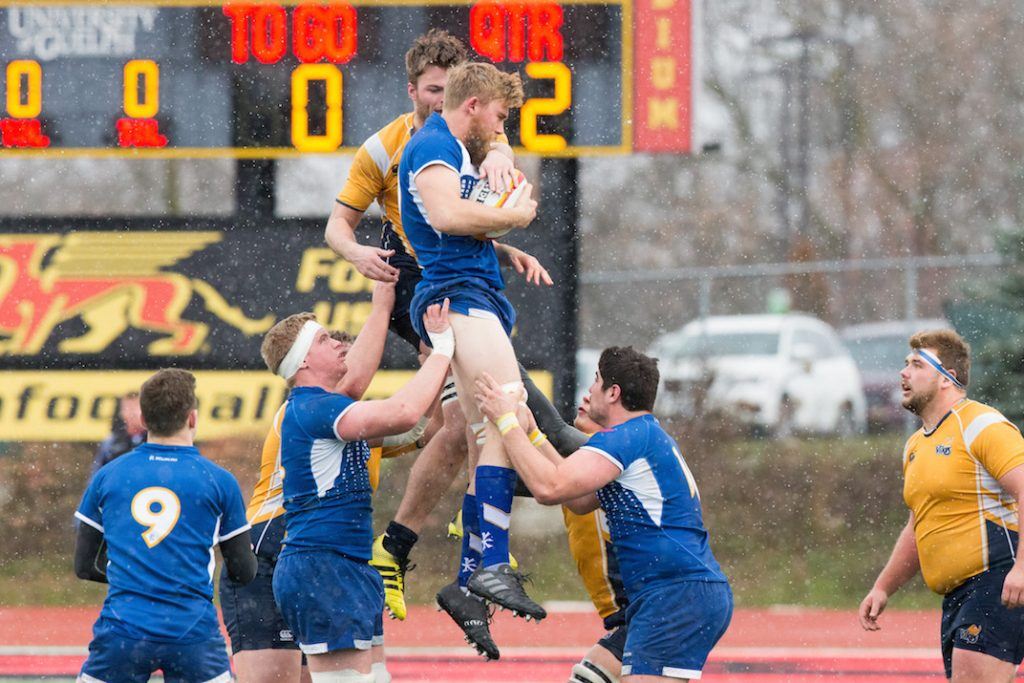 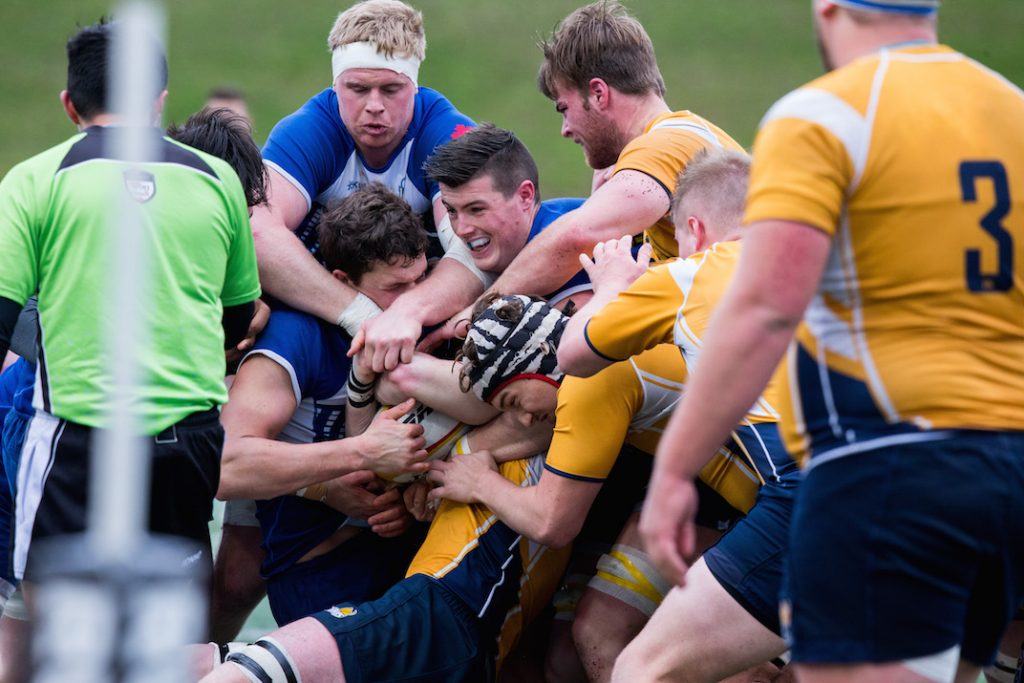 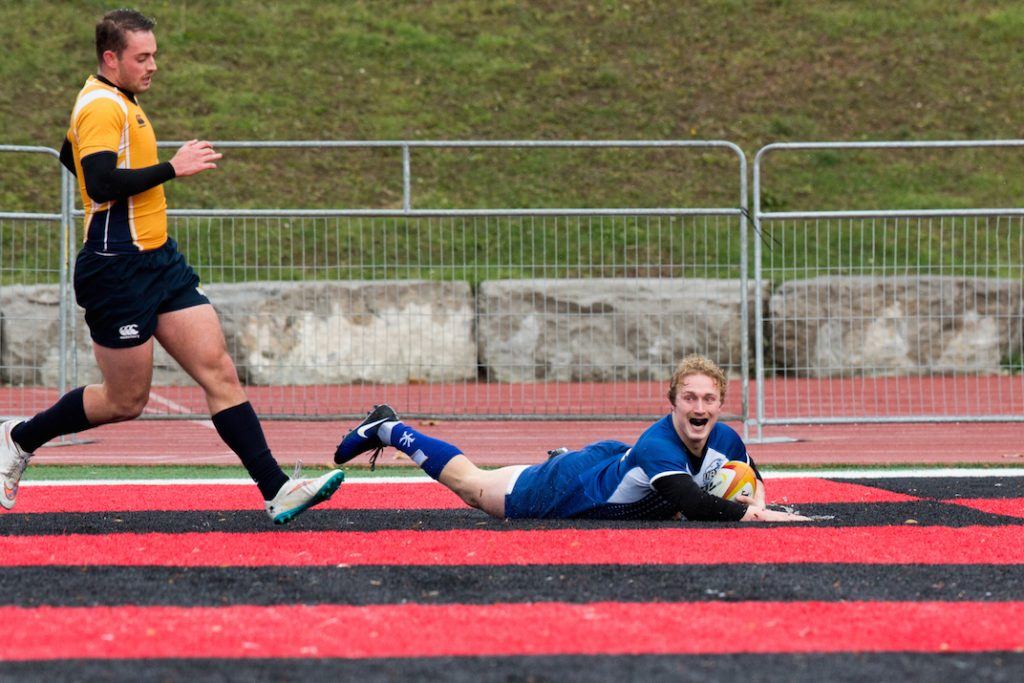 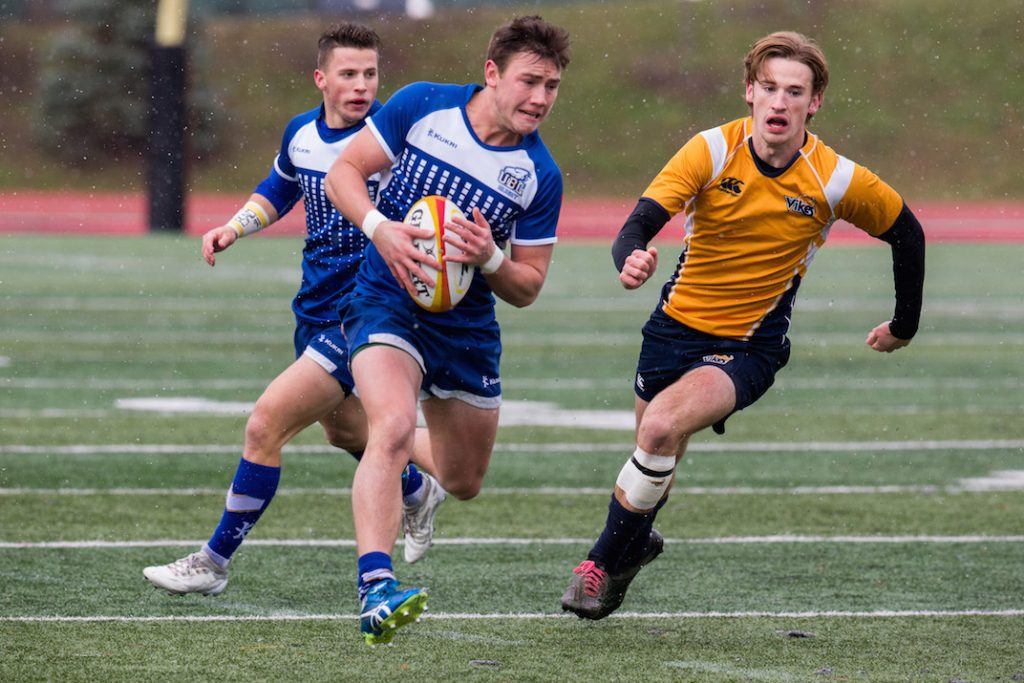 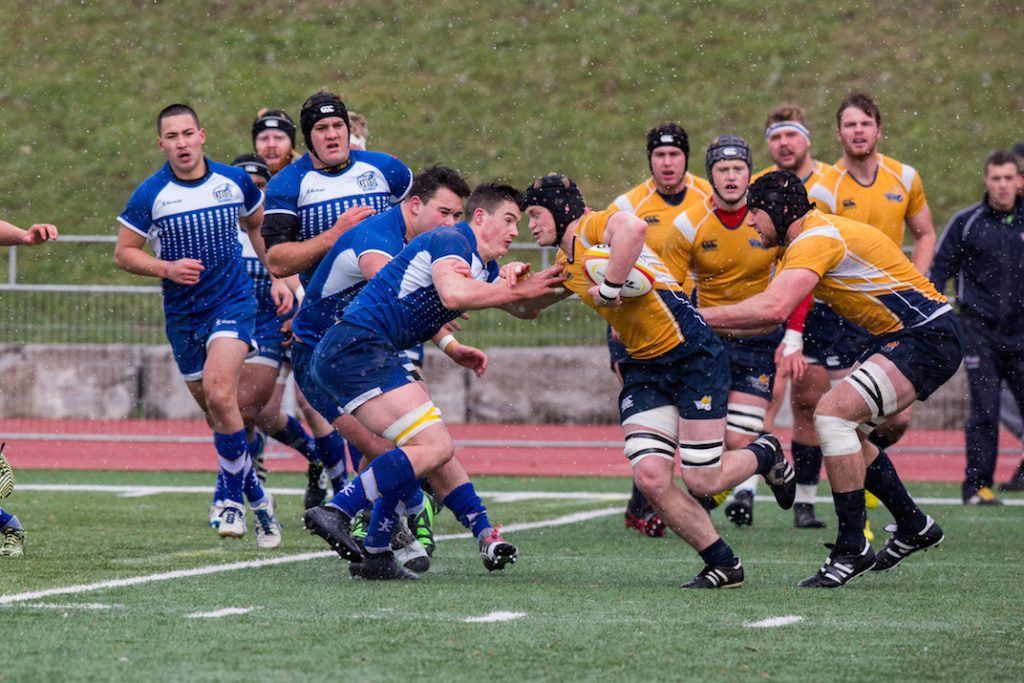 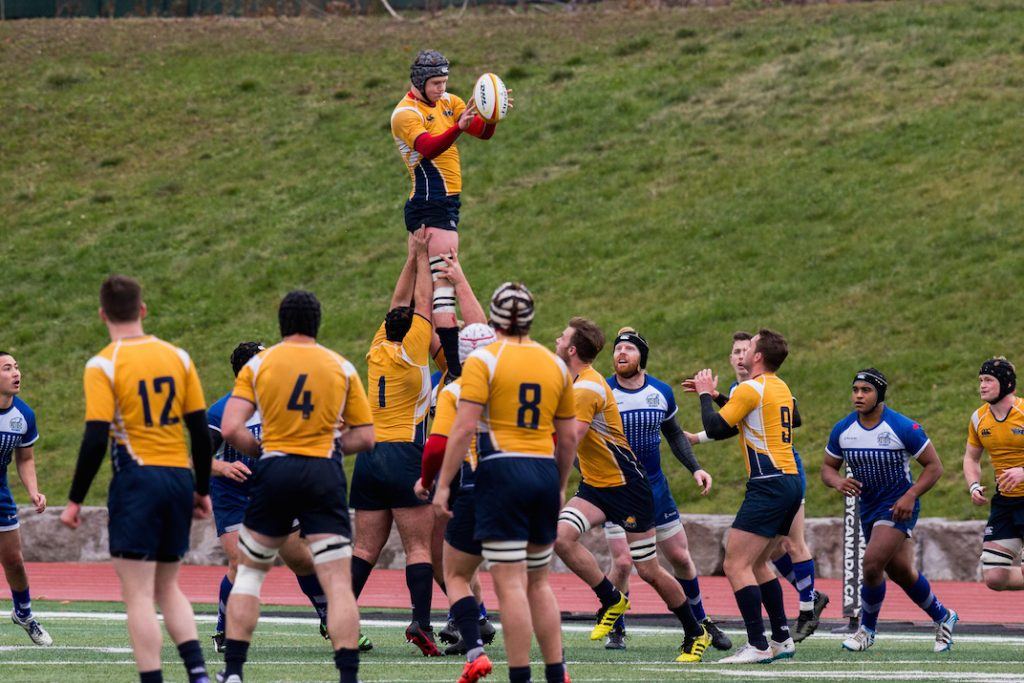 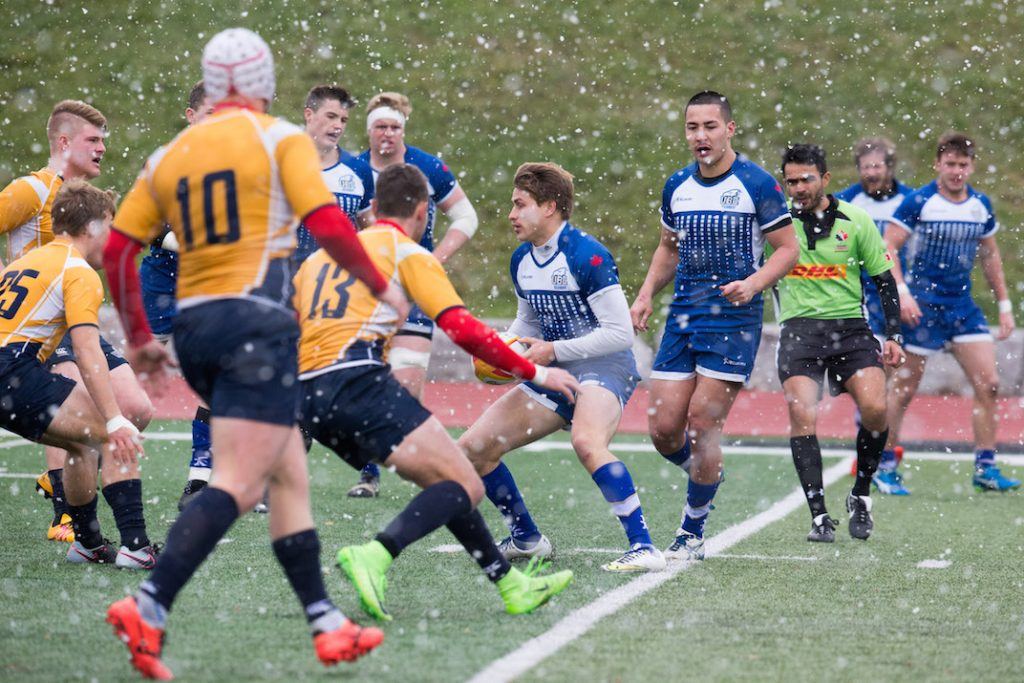 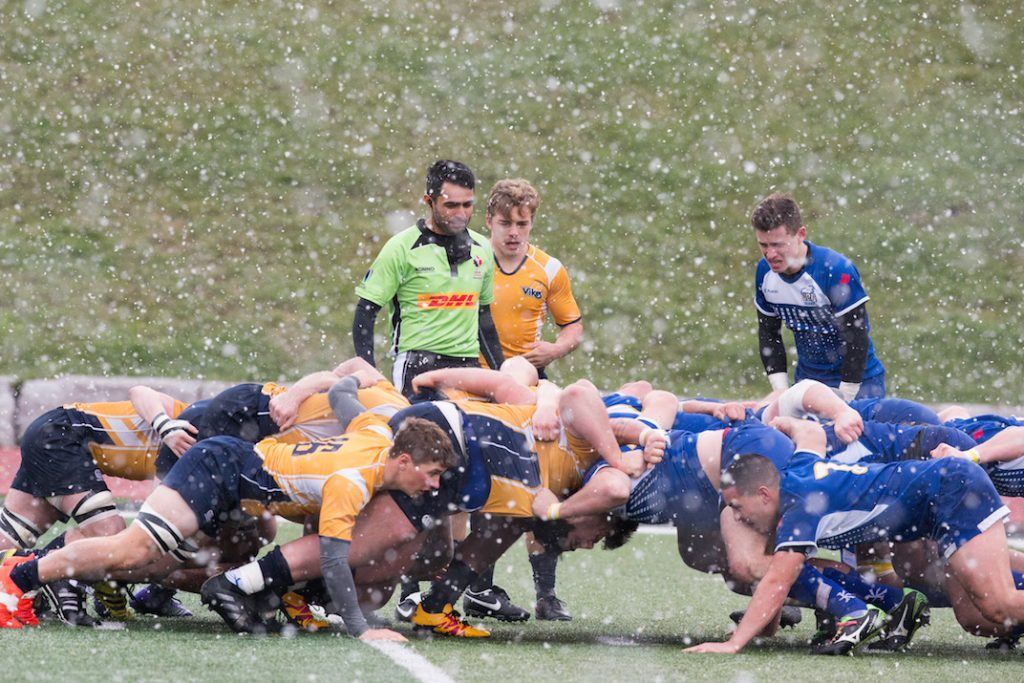 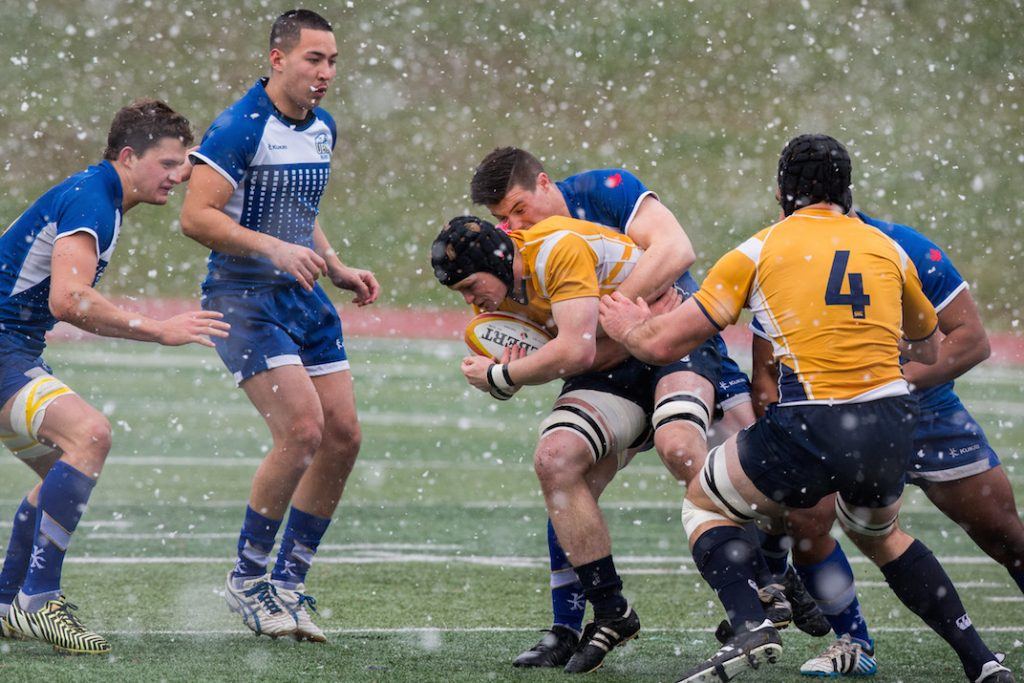 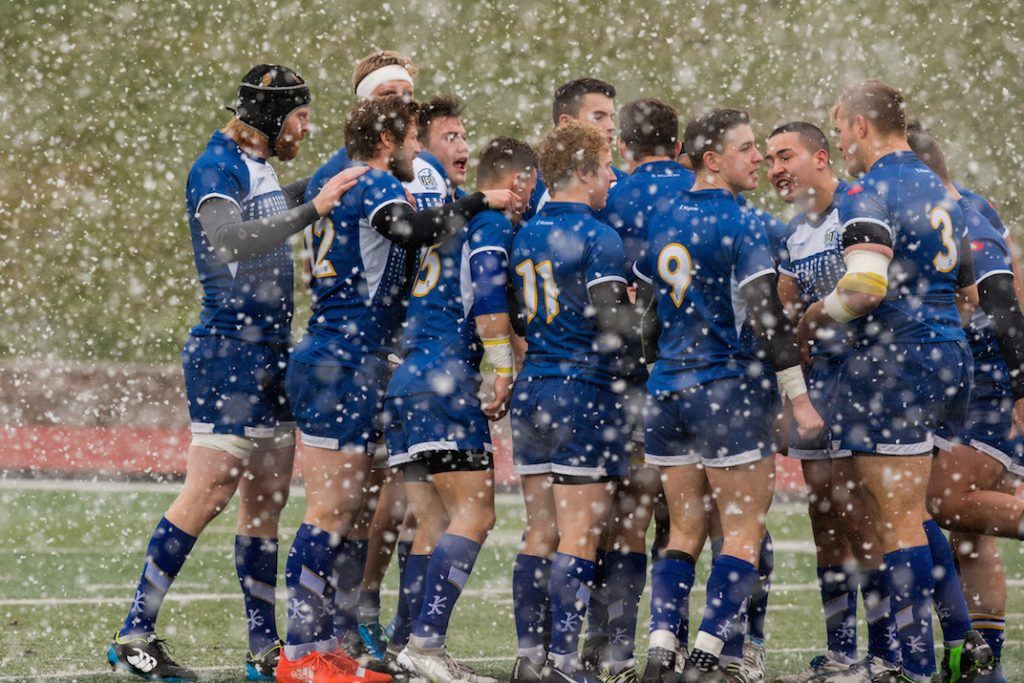 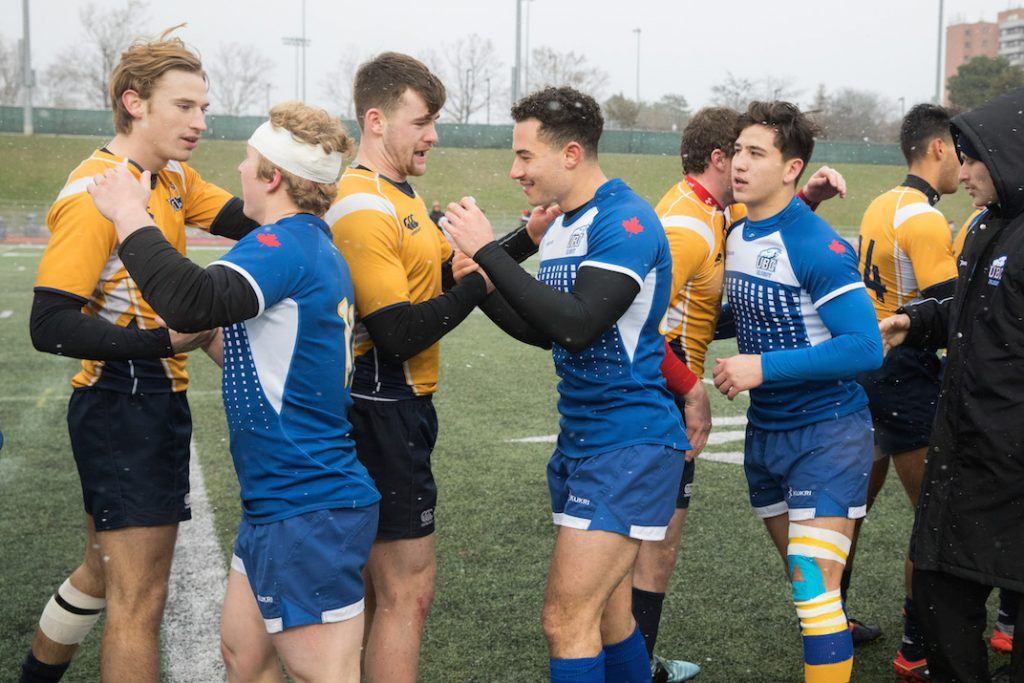 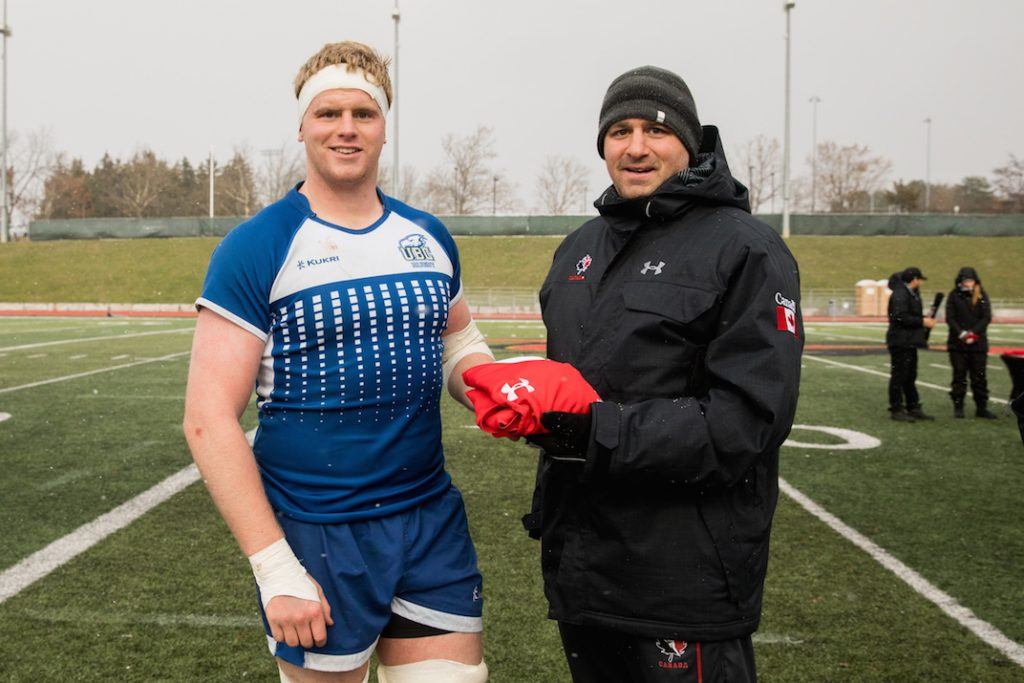 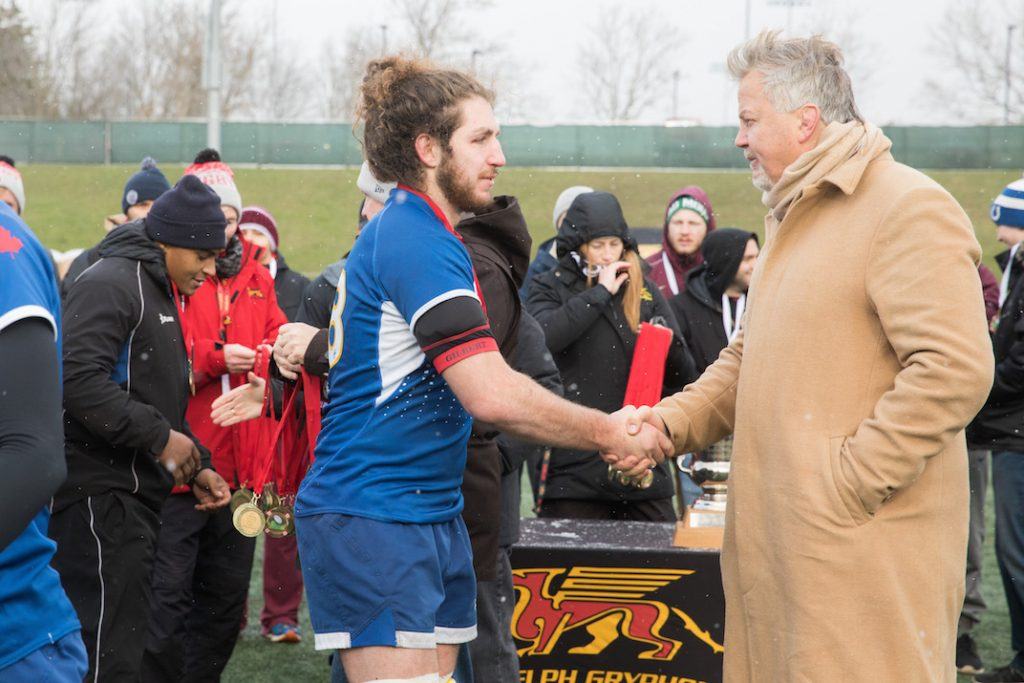