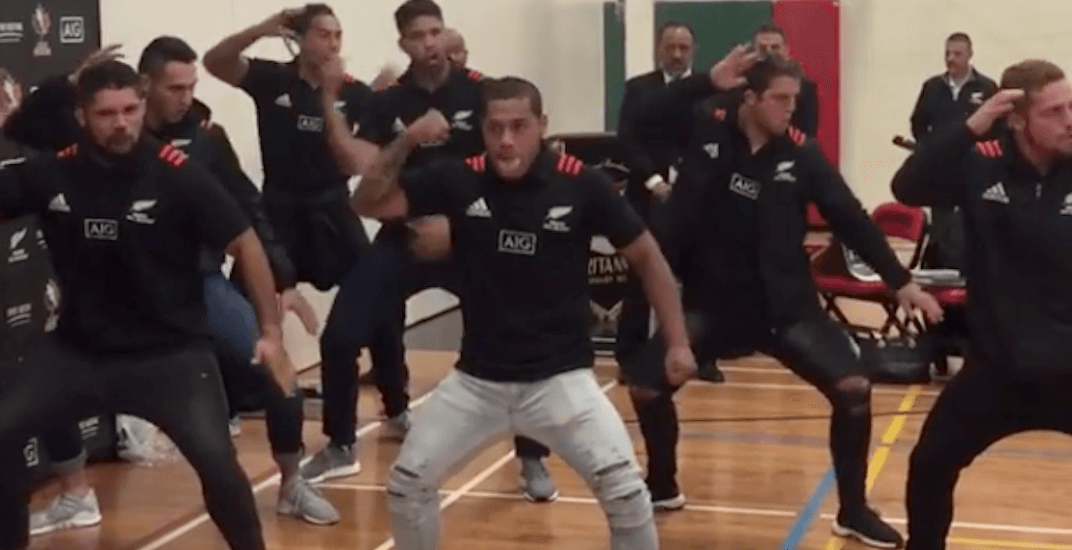 The Maori All Blacks gave students a cultural lesson at Britannia Secondary School in Vancouver on Thursday.

In town for their match against Canada at BC Place on Friday night, the team of rugby players from New Zealand performed a rendition of the world-famous Haka in the school gym. The Haka is a traditional war dance in the Maori culture, which the team performs before rugby matches.

Squamish, Tsleil-Waututh, and Musqueam host nations were also on hand, as was Vancouver mayor Gregor Robertson.

Over 29,000 tickets have been sold for Friday’s match, making it the largest crowd for a fifteens rugby match ever in Canada. They’ll get to see the Haka at BC Place, but Britannia got an up-close preview:

Lots of autographs from the Maori All Blacks @BritSecondary @VSB39 pic.twitter.com/rf6KU7UcWI

Thank you Maori All Blacks for the great show @BritSecondary today. @VSB39 pic.twitter.com/ULfduGnQyt

Thank you to our Host Nations Squamish, Tsleil-Waututh & Musqueam for welcoming the Maori All Blacks to @BritSecondary today! @VSB39 pic.twitter.com/ugvzTmvd2r

I don't think my #Haka face is very fierce? 😂😜 great to meet some of the boys from the @newzealandallblacks today! 🏆@Seanwainui