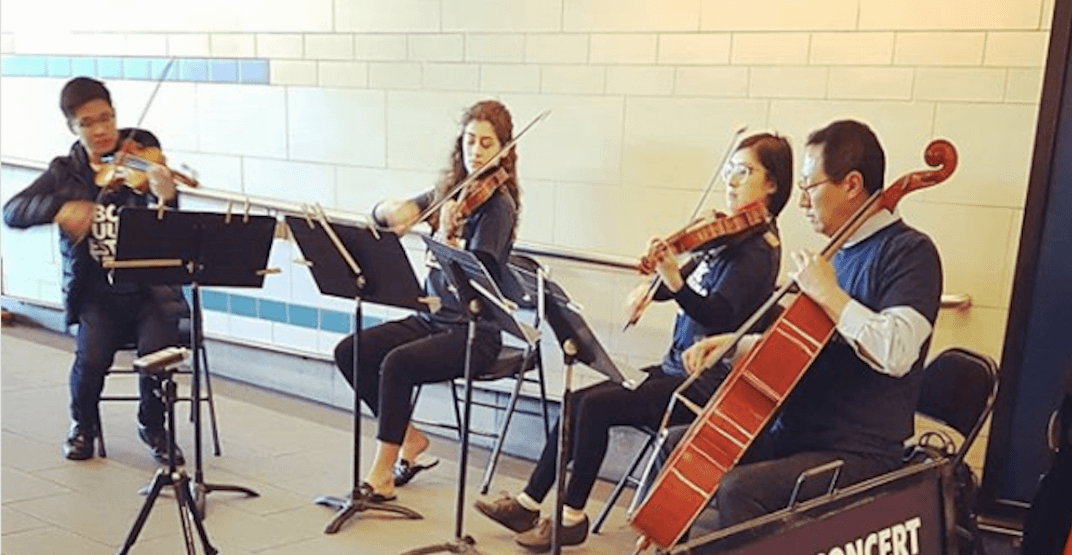 It was a musical way to start the day, thanks in part to UBC president and vice-chancellor, Santa Ono.

Commuters at Broadway / City Hall SkyTrain station on Friday morning were treated to a free pop-up concert, which included Ono among other performers. 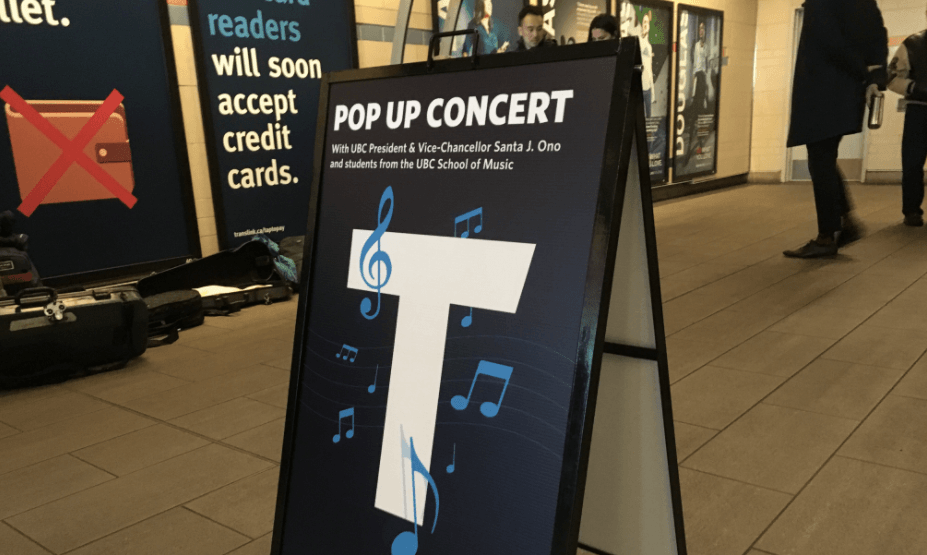 The group played classical numbers for a small crowd that was gathered just inside the station, at the top of the stairs. 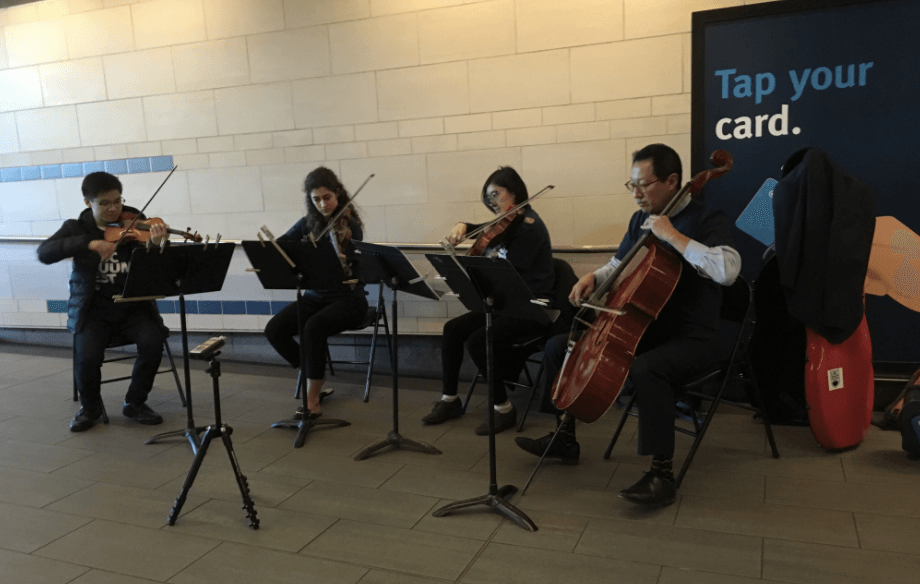 We’d say this is a solid way to start the weekend.