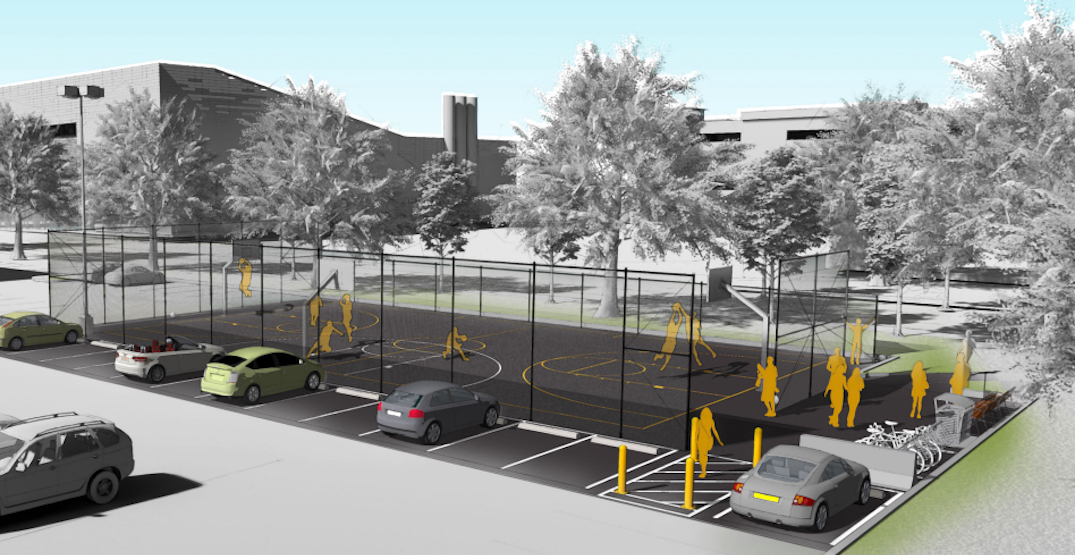 Construction is in progress on a new outdoor basketball court at the University of British Columbia’s Point Grey campus to replace the highly popular existing facility.

The university’s $23 million renewable energy hub project in and around the Thunderbird Parkade necessitates the use of the existing campus basketball court on Thunderbird Boulevard for the footprint of hydrogen refuelling station for fuel cell vehicles.

The replacement basketball court will be located nearby, replacing a portion of the surface parking lot at the northwest corner of the intersection of Thunderbird Boulevard and Health Sciences Mall. 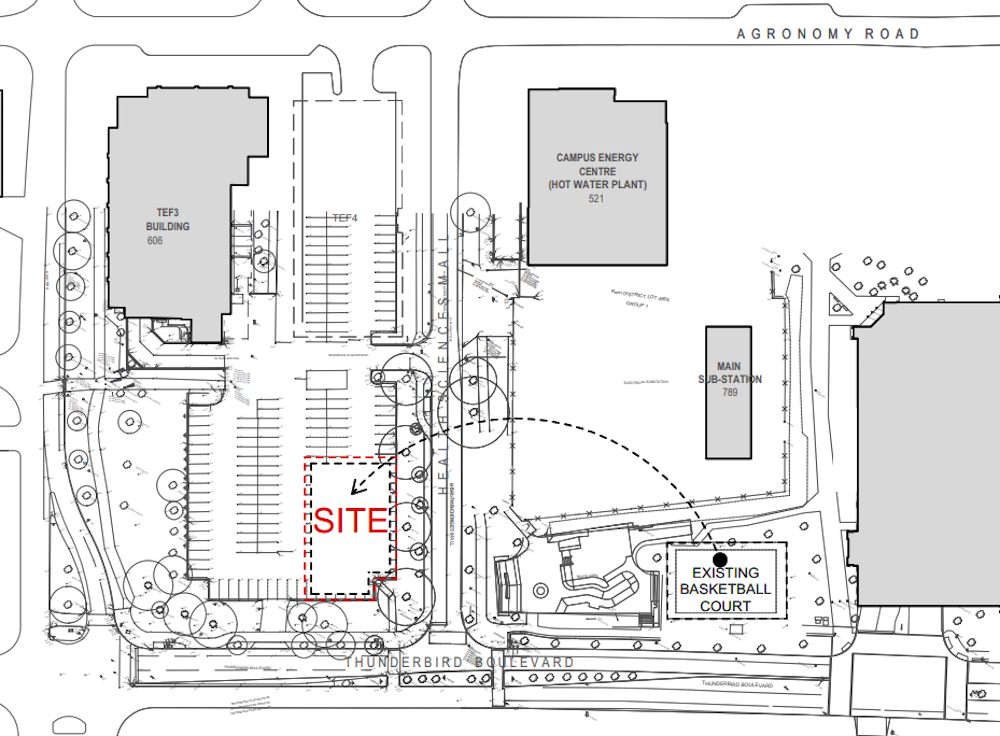 Existing location of the outdoor basketball court (black) for the hydrogen refuelling station, and the site of the new replacement basketball court (red) on a portion of a parking lot at UBC. (University of British Columbia)

The hydrogen refuelling station at the UBC Renewable Energy Hub will use the footprint of the basketball court next to Thunderbird Parkade and the skatepark. (Google Maps)

Site of the new replacement UBC outdoor basketball court on a portion of a surface parking lot. (Google Maps)

The footprint of over two dozen vehicle parking stalls will be used for a “like for like” replacement with a similar size and both full- and half-court play options. The court will be fully fenced, and amenities such as benches will be provided.

Existing lighting at the parking lot would make night time play possible, but the university plans to designate acceptable “hours of play” given the location’s closer proximity to residences.

The hydrogen refuelling station at the site of the existing basketball court is expected to reach completion in Spring 2022.

The rooftop of the parkade is seeing the installation of solar panel canopies over the vehicle parking stalls, providing the energy for a water electrolyzer that produces 100% renewable hydrogen supply. This solar infrastructure also powers newly installed electric vehicle charging infrastructure at the parkade.

UBC’s skatepark adjacent to the existing basketball court has been retained, and has not been impacted by the energy hub project. 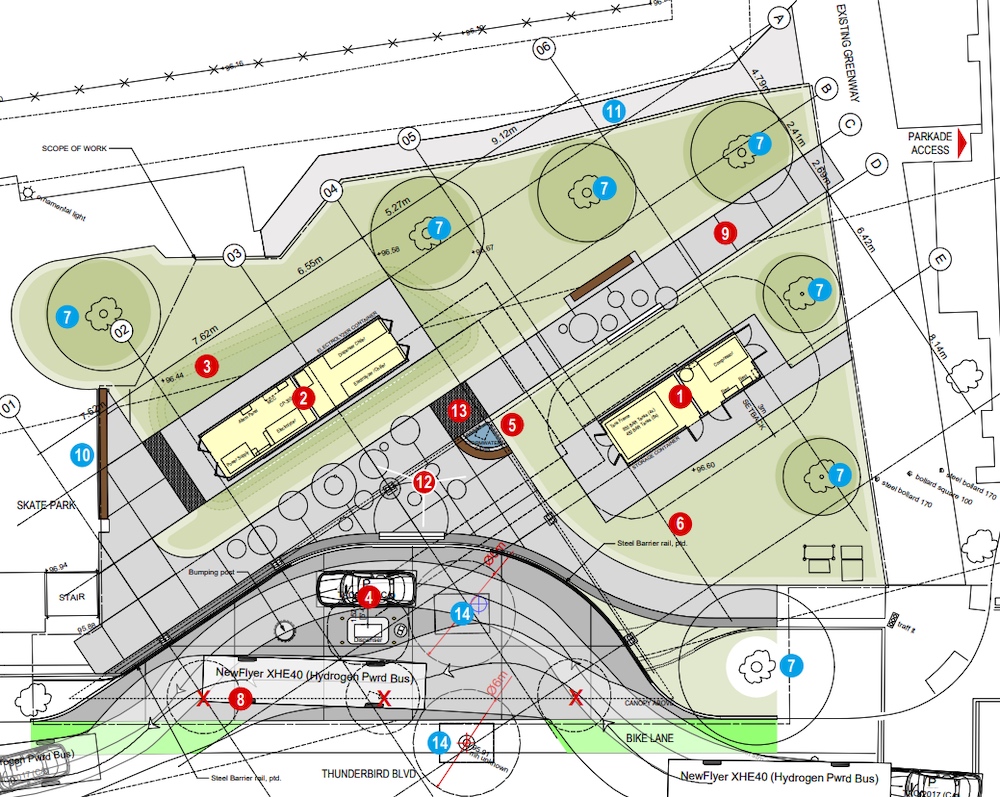