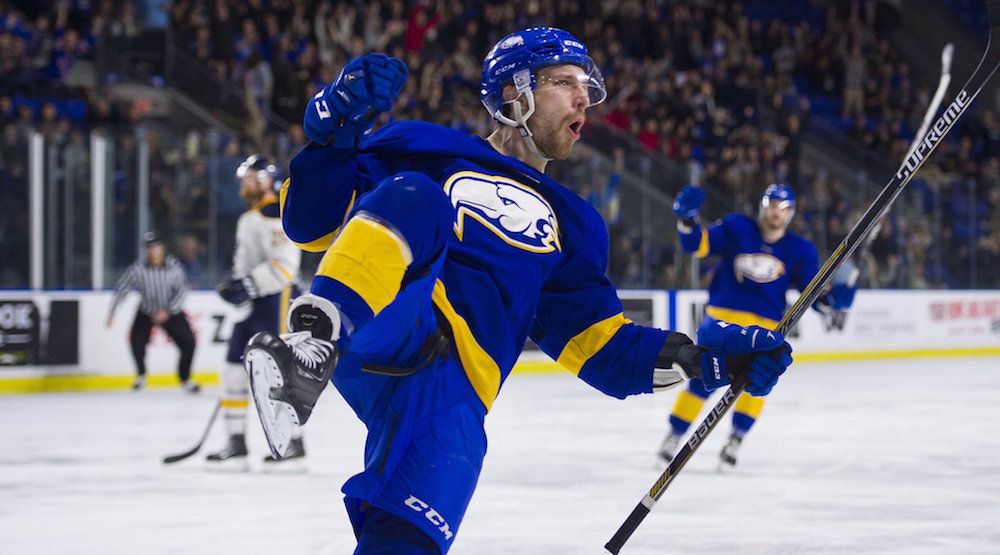 The best new tradition at UBC is back for another year, as the third annual Winter Classic will be played this Friday (7 pm) at the Doug Mitchell Thunderbird Sports Centre.

The UBC Thunderbirds, coached by former Canucks defenceman Sven Butenschon, are in a battle with the Manitoba Bisons for the last playoff spot in Canada West, who they’ll be playing on Friday under a unique set of circumstances.

The Winter Classic is about more than the game, as evidenced by the atmosphere and impressive attendance figures from last year’s game. UBC drew 3,700 raucous fans for the game in 2016, and this year’s game is set to surpass that number. Over 2,000 seats have already been sold, and given that a walk-up crowd of 2,000 showed up last year, the T-Birds are expecting a 5,000-seat sellout.

There are all sorts of festivities for fans on the plaza prior to the game, including a food fair, cheap beer (!), and live music.

Also prior to the main event at 7:00 is a charity game, featuring Canucks alumni (including Dave Babych and Jyrki Lumme), as well as a collection of ‘Hollywood North All-Stars’ (actors from Once Upon A Time, Letterkenny, and Arrow). Former Canucks Steve Kariya and Darcy Rota will be among the coaches in attendance.

Tickets to the event are just $10 for the general public, $7 for alumni, and $5 for students.

If you’re a UBC student, a fan of good hockey, or you just really love Steve Kariya, this is a game worth checking out.

Tickets are available on Ticketmaster.