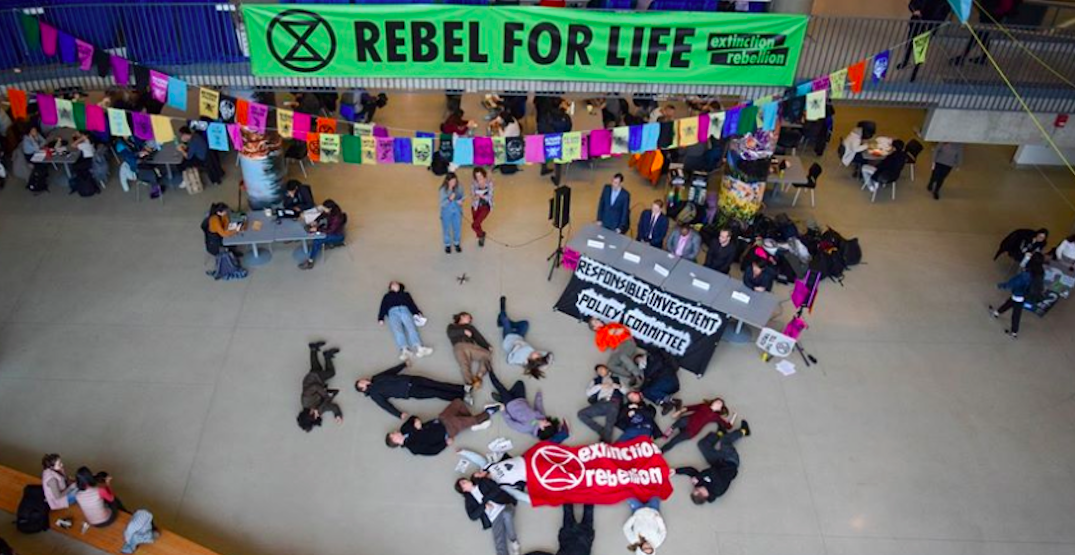 Members of a climate activist group began a hunger strike at the University of British Columbia (UBC) today, in response to what they say is the university’s lack of action when it comes to a divestment from fossil fuels.

On social media, the group known as Extinction Rebellion said “eight brave rebels” began the strike today, and will “will not eat until UBC commits to full divestment.”

The strike began after the group threatened in late November that it would take such action if its “demands” were not met by the end of 2019.

“Acclaimed across the world as a leader in the climate change fight, UBC must act to eliminate the hypocrisy of their investments,” the group said.

The group also released a schedule of its planned actions for its first day of action today.

Last year, Extinction Rebellion staged two public climate action protests, one which included shutting down the Burrard Bridge for a day, and another which include a march through downtown Vancouver at rush hour.

In early December, UBC officially declared a climate emergency, following in the footsteps of municipalities like Vancouver and Surrey.

“UBC acknowledges the urgency of the climate crisis and we must directly face the coming challenges,” said UBC President and Vice Chancellor Santa J. Ono. “We appreciate the ongoing commitment of our community to mitigating climate change, especially our students, who have shown their remarkable and commendable leadership to address the most pressing issue of our time.”

With its declaration, UBC said it has committed to establishing a climate emergency community-engagement process with an aim to allow the community to come together “to consider the full scope of our impact and align UBC’s emissions reductions plans with 1.5oC; to embrace the need for a managed decline of fossil fuel use, and a rapid transition to a sustainable economy aligns with UNDRIP; to infuse climate justice throughout our activities, priorities, and decision-making frameworks; and to support community coping and adaptation in the face of climate crisis.”

As part of its action, the UBC Board of Governors formally agreed to the following:

“UBC’s overall investment in the extractive fossil fuel industry is just over 2% (or $43 million) of the endowment. However, as we look at further reducing this investment, we need to consider a variety of important factors,” said UBC Treasurer Yale Loh.

The plan set some of what the university said are North America’s “most aggressive” greenhouse gas (GHG) emission reduction targets in 2010.