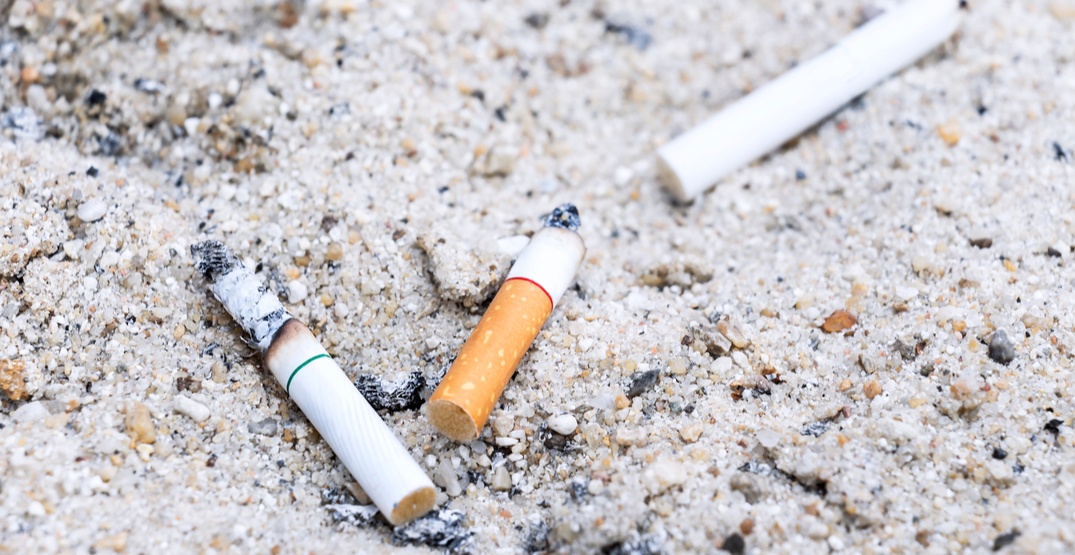 Cigarettes and their filters “dominate litter collected from BC coastlines”, says a recent study from the University of British Columbia (UBC).

The study includes four years worth of data, ranging from 2013 to 2016. UBC researchers analyzed data from 1,226 voluntary cleanups that were conducted by the Great Canadian Shoreline Cleanup (GCSC) – a conservation initiative of the Vancouver Aquarium and WWF-Canada.

According to Cassandra Konecny, co-author of the study and a master’s student in the department of zoology, the team “found that generally, 80 to 90% of the litter that’s being collected is still plastic waste.”

Additional findings revealed that “while the amount of trash being collected didn’t vary much over time, the type of litter varied by region.”

Part of the study included grouping waste items by their source, sorting trash into groups such as smoking, recreation, fishing, dumping, and hygiene products.

The litter was then sorted by region, starting from the North Coast of BC going all the way down to the southern Strait of Georgia.

The study revealed that the most common litter items in BC included:

Vanessa Fladmark, another co-author of the study, shared that in “larger urban areas like Vancouver and Victora… cigarettes and cigarette filters – which are made of plastic – account for almost 50% of the litter recovered.”

The team of researches want these findings to help guide waste management strategies across the province and believe that “more needs to be done to actually reduce the amount of litter that ends up in the water,” says Konecny.

“We’ve heard a lot about banning single-use plastic straws in the City of Vancouver. But if the data shows that smoking is a big issue and mostly we’re just picking up cigarettes, that’s perhaps a good place to start.”