A professor at the Univesity of British Columbia (UBC) is looking to debunk the most common unwritten rules of public transit, as well as the behaviour of those who ride buses on a daily basis.

Professor Amy Hanser is an associate professor with the Department of Sociology, who received a Bachelor’s Degree from Princeton University and her Ph.D. from Berkeley.

Her previous research has typically been within the fields of consumption and inequality in China, as well as cultural and social changes within the marketplace. This venture, however, is something completely new to her — although she’s been a regular transit-user for years.

The project started as a study of public behaviour on buses in Vancouver. 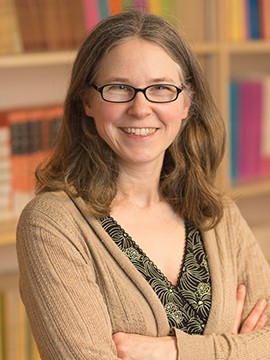 Professor Amy Hanser of the University of British Columbia (UBC)

“It’s a question I’ve been thinking about since I became a regular ride of transit,” Hanser tells Daily Hive in an interview. “The bus is a particular social space — confining, bringing together strangers. Often people are quite different from each other yet in close proximity.”

She also explains that in addition to the riders themselves and their behaviours, the space within a bus raises questions about the city.

“What kind of place is the city? Are they places of mixing and diversity?” adds Hanser. “The bus struck me as a great place to watch and see that in action. In a way, there are two layers — there’s the microcosms of individual behaviour and interactions, as well as the macrocosm of the city as a whole.”

The first phase of Hanser’s observations began over the summer and in the early fall. The UBC professor would get on the beginning of a bus route on one end and ride it all the way to the other, during which time she would make observations of the passengers on the vehicle.

On any given day, Hanser would spend approximately five hours on the project, including a three-hour roundtrip bus ride, as well as two hours to write down notes and observations.

“It was very taxing and tiring,” she laughs. “I already sit a lot at work — I can’t imagine how bus drivers do it. I actually don’t feel like it’s been enough observation.”

Some of Hanser’s key takeaways revolve around a person’s seating preference and where they sit on the bus.

“The front and back of the bus are very different spaces,” she says. “If you sit on the front, it’s much more interactive. If you sit in the back, you typically keep to yourself, although you’ll sometimes get larger groups of people.”

“Usually people who sit in the back feel very comfortable,” she adds. “It’s a space that doesn’t carry many obligations towards other passengers.”

Another insight Hanser has found surrounds the idea of civil inattention.

“There’s this general rule on the bus that while you keep to yourself, you don’t completely ignore other people. That’s civil inattention,” she explains. “You’re mindful of other people, you acknowledge them, but you retract your attention unless there’s a need for it.”

“Let’s say that there’s a guy who’s spread out across the seat,” she adds. “In many cases, they’ll be keeping attention, being attentive, and make an adjustment if needed. It’s private yet conscious.”

Another thing that surprised her was how segregated the city can be.

“I would get on the bus at UBC and ride it down to the east side of the city,” Hanser explains. “I was struck by how often — almost every time — I was the only person who started on one end and got to the other end. Nobody actually fully traversed the city; everyone who got on at UBC got off before downtown.”

“It shows how segregated the city can be in certain ways. The bus is a space of mixing but there’s this very clear divide.”

Now, Hanser is preparing to start the next section of her research, which includes more bus riding and observation, as well as conducting interviews with passengers and drivers. There’s no set hypothesis to her study, so she’s trying to be open to everything that can be discovered.

“This is really an exploratory study, there’s nothing in terms of measure or hypothesis,” she says. “Something I’m interested in understanding better is that a lot of times when we talk about the city as a diverse place, we don’t have in mind people with cognitive disabilities or mental illnesses, and I think that’s something that’s very challenging.

Parts of the interview have been edited for clarity.