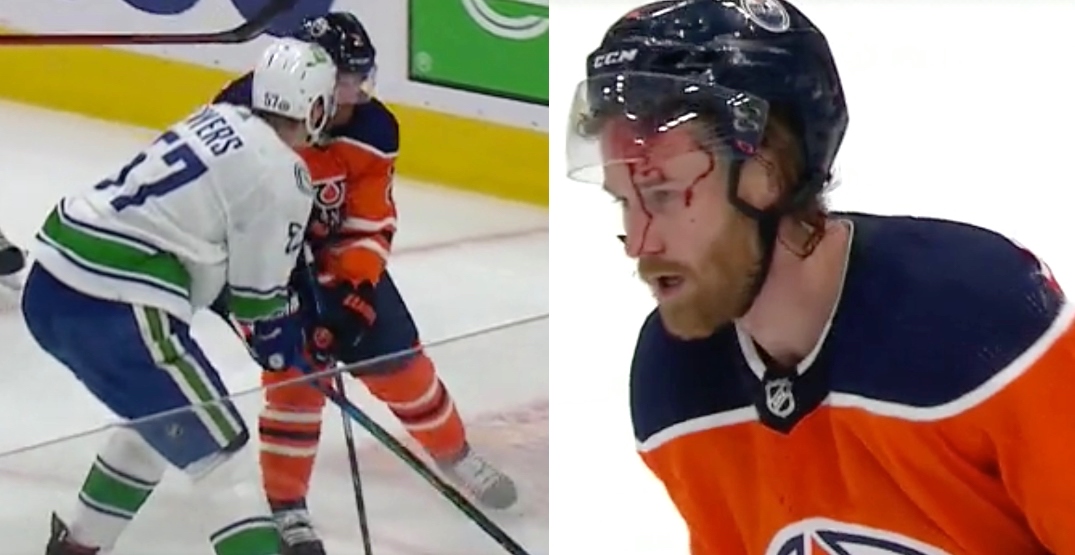 Canucks fans have wanted a piece of Duncan Keith for the better part of the last decade.

The former Chicago Blackhawks defenceman concussed Daniel Sedin with a cheap shot late in the 2011-12 season, which led to the Canucks’ downfall in the playoffs. Canucks fans never forgot, booing Keith every time he touched the puck in a preseason game at Rogers Arena just last week — even as he visited with his new team, the Edmonton Oilers.

Tonight in the season opener, Keith got rocked harder than he ever has against the Canucks, thanks to Tyler Myers.

The check was clean, but Keith’s face was bloodied — though he did stay in the game.

Myers is usually a polarizing player for Canucks fans, but not tonight. He essentially united the fanbase with one hit.

The revenge is finally here!!!!

The Myers contract is looking a helluva lot better after that Keith hit.

Myers best play as a #canucks right there