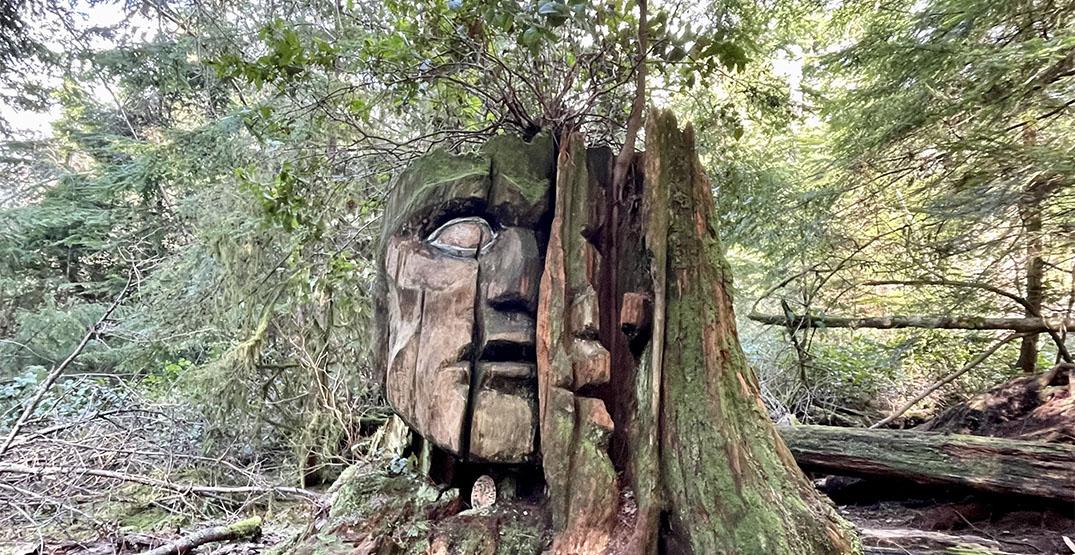 A face carved into a Stanley Park tree has been called beautiful, mysterious, and a piece of guerilla artwork, but you definitely won’t find the Vancouver Park Board highlighting it.

The piece is called Two Spirits on Trip Advisor, Wikipedia, and a local blog dedicated to Stanley Park. The two-metre tall face changes as the onlooker circles the stump, and shoots of leaves growing at the top give the appearance of hair.

It’s not known who carved the serene face into the tree stump off Rawlings Trail near Second Beach, and it was done without permission from the Park Board.

“The Park Board does not support unapproved artwork installations nor modifications to trees or land,” a spokesperson told Daily Hive Urbanized.

It’s been there for many years and is thought to have been carved in the late 1990s or 2000. It was recently defaced with paint in 2020 and has also inspired at least one local artist to recreate its likeness on canvas.

Many locals have only learned about the tree recently as they explore the city more thoroughly on scenic pandemic walks. 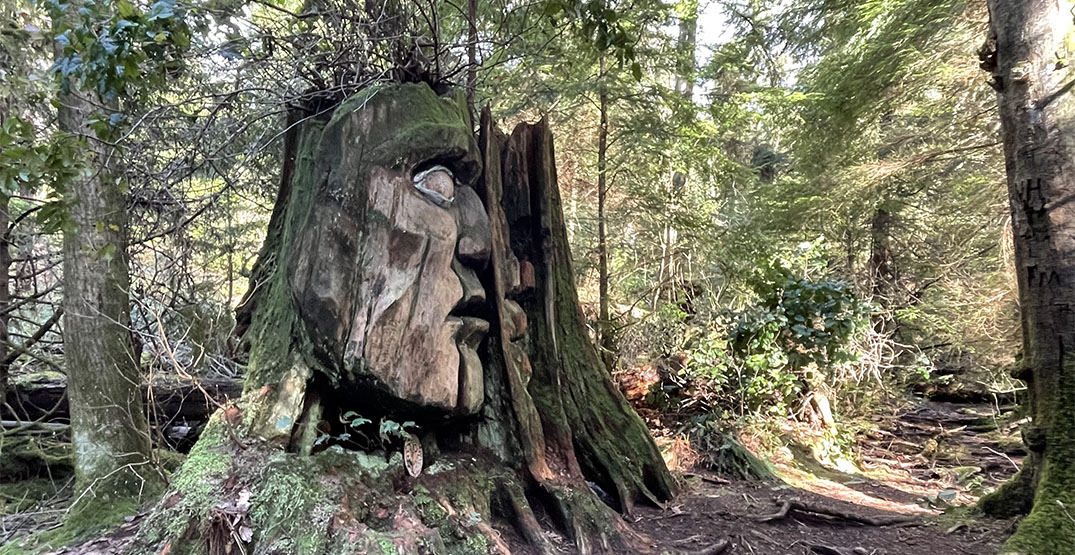 The Park Board has no record of when the unsanctioned work was completed and added it’s trying to work with local First Nations on future art projects in the park.

“The history of Stanley Park is complex and fraught with the forced displacement and erasure of the Musqueam, Squamish, and Tsleil-Waututh peoples from their lands,” the Park Board spokesperson said. “There are protocols and cultural observances that need to be understood and upheld when creating or installing artwork within the Park.”

The Board added it has a formal public art process that involves an application, technical review, public consultation, and committee review before approval by the board. It’s currently seeking a Squamish or Tsleil-Waututh Artist for a project near Second Beach.