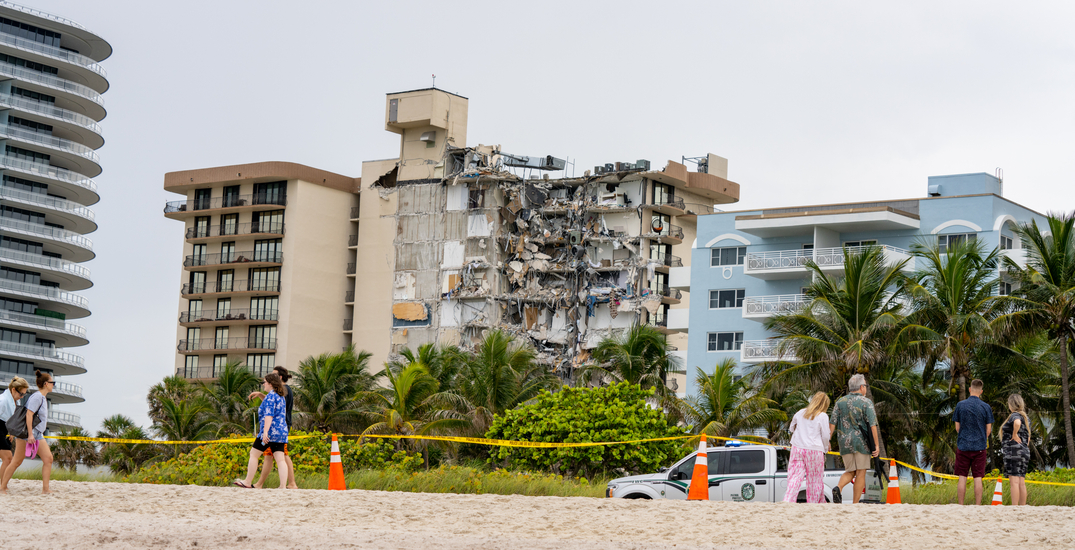 At least four Canadians remain unaccounted for days after a condo building collapsed near Miami, Florida.

Global Affairs Canada confirmed to Daily Hive that at least four citizens are unaccounted for. The department previously stated that four Canadians “may be affected” by the collapse.

Global Affairs also disclosed that three different families have been affected by the tragedy, and that Canadian consular officials are in contact with families.

“Canada sends its deepest condolences to the family and friends who lost a loved one in the building collapse in Surfside, Florida,” a media spokesperson said.

“We wish those who were injured a quick recovery.”

Due to the provisions of the Privacy Act, Global Affairs said it was unable to provide any further information.

The death toll has climbed to nine, the BBC reports, with over 150 people sill unaccounted for.

Officials have not yet determined what caused the building to fall, although a newly-released engineering report from 2018 revealed that it had “major structural damage.”