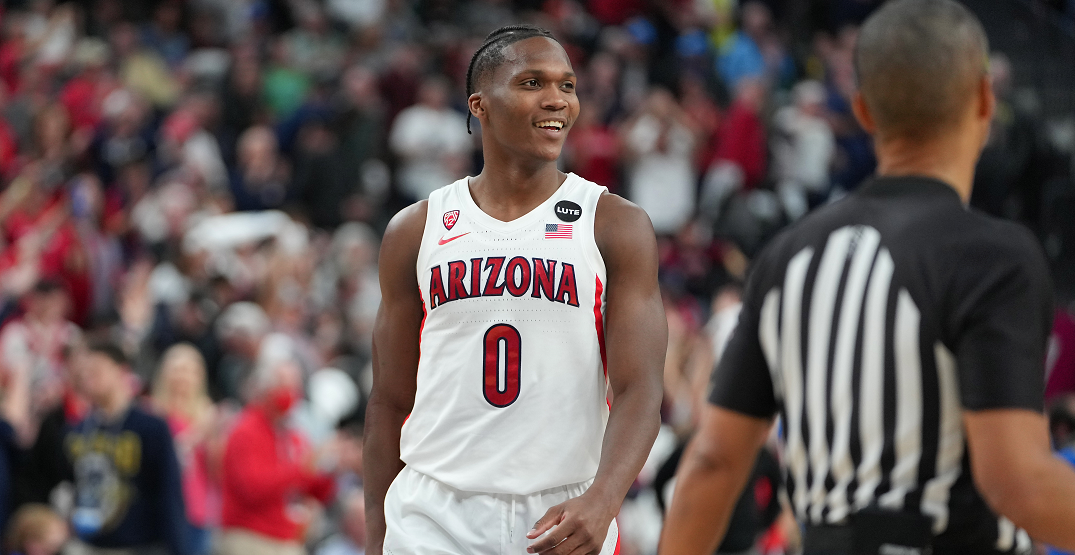 Bennedict Mathurin and Shaedon Sharpe are making history when it comes to Canadians and the NBA Draft.

The Montreal native Mathurin (Arizona) was taken at sixth overall by the Indiana Pacers, while London native Sharpe (Kentucky) was selected at seventh overall by Portland in Thursday’s NBA draft.

Mathurin averaged 17.7 points, 5.6 rebounds, and 2.5 assists during his sophomore season at Arizona. Sharpe, meanwhile, sat out the year while training during the second half of the season with the University of Kentucky.

Sharpe originally appeared ready to play the 2022-23 season in college and enter next year’s draft, but ended up keeping his name in for this year. He most recently played for Dream City Christian in Glendale, Arizona.

The Toronto Raptors were reportedly in the mix to trade OG Anunoby to Portland in exchange for their pick as part of a package, though evidently that did not occur.

A pair of Canadians were drafted in the top 10 of the NBA draft for the first time since Andrew Wiggins and Nik Stauskas were taken in 2014.

Two Canadians were taken in last year’s NBA draft, both Toronto natives: Joshua Primo to the Spurs, and Dalano Banton to the Raptors.