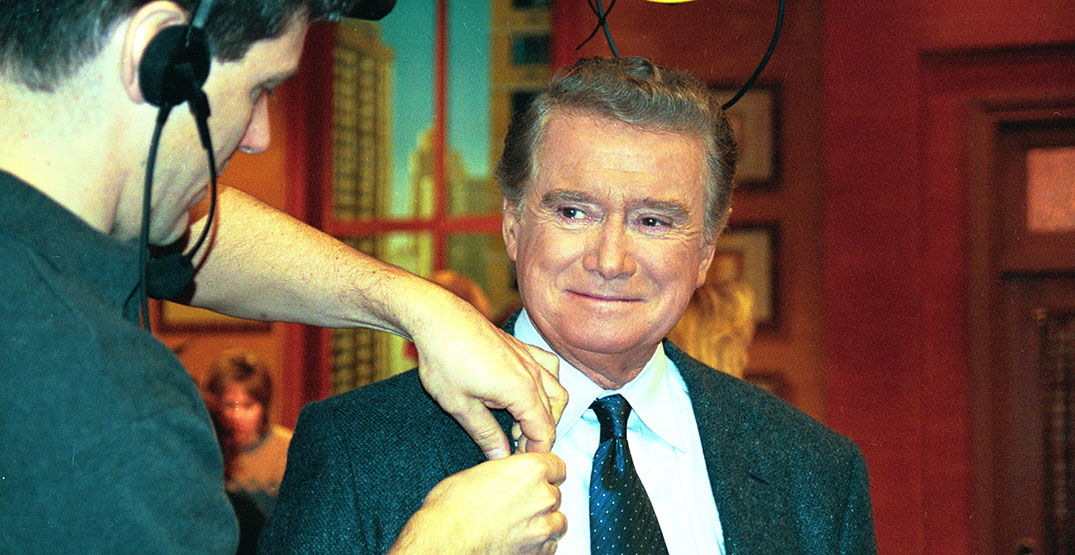 Prolific American TV host Regis Philbin died this weekend, and messages of sorrow are pouring in from all around North America.

Philbin holds the Guinness World Record for the most hours on TV, which he set in 2011 with 16,700 hours over a 52-year career.

He’s known for hosting popular shows including Who Wants to be a Millionaire and Live! With Regis and Kathie Lee. He was 88 years old when he died.

We are heartbroken to hear that a long time colleague & friend, #regisphilbin passed away at the age of 88. Regis graced us with warmth, humor & a self-deprecating wit, always bringing happiness to us all. Our hearts go out to Joy and to his family. Rest In Peace, Regis.

Bronx born and raised, Regis Philbin greeted us for years with our morning coffee and at night after dinner.

His humor and enthusiasm touched millions of Americans. My heart goes out to Joy and his loved ones.

US President Donald Trump even paid his respects, calling Philbin a friend.

One of the greats in the history of television, Regis Philbin has passed on to even greater airwaves, at 88. He was a fantastic person, and my friend. He kept telling me to run for President. Holds the record for “most live television”, and he did it well. Regis, we love you….