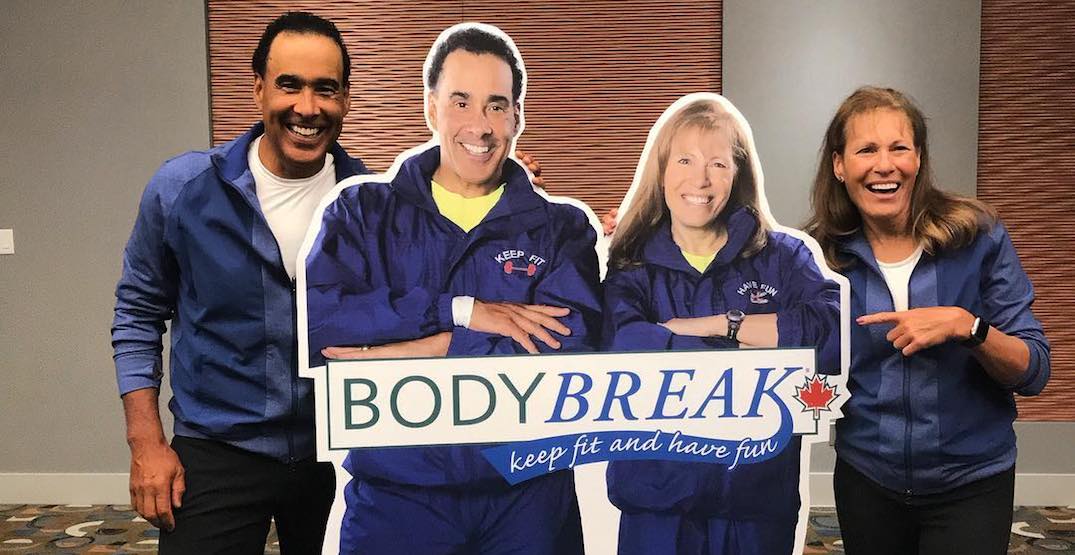 TSN has apologized to BodyBreak co-host Hal Johnson for racism he experienced with the company more than 30 years ago.

Johnson, who along with his wife, Joanne McLeod, reminded Canadians to “keep fit and have fun” during their wonderfully corny public service announcements in the 1990s, recently shared his experience with racism. On two encounters, Johnson explained, he was blatantly told by executives at TSN that he would not be given work because of the colour of his skin.

“You think that BodyBreak was started because of fitness. Well, it wasn’t. It was started to combat racism,” Johnson said on his YouTube channel this week. “That was the number one reason that we started BodyBreak, Joanne and I.”

Johnson, who was an aspiring sports reporter in the late 1980s, interviewed for a job with TSN in 1988. He was initially hired for the job, but three hours later TSN reversed their decision because the company “already had a Black reporter,” and Johnson says he was told the “higher ups” didn’t want to have two Black reporters.

Two months later, Johnson experienced more racism, this time while filming a commercial at Woodbine Racetrack in Toronto, where he was told that the client didn’t want him standing next to a white woman. That’s when BodyBreak, hosted by Hal and Joanne, was born.

BodyBreak was eventually picked up by ParticipACTION, a national non-profit organization launched by the Canadian government to promote healthy living and physical fitness, but not before another racist run-in with TSN.

After he was turned down by all 42 companies he saw, Johnson pitched BodyBreak to TSN. TSN liked the concept, Johnson said, but only if he was replaced by a white man.

“[The TSN program director] said, ‘Yes, we’ll take [BodyBreak]; however, the problem is you’re Black and the young lady [Joanne McLeod] is white. And so we don’t think the Canadian public is ready for a Black and white couple together,'” Johnson recalled.

TSN released an apology on Tuesday, calling Johnson’s experiences with the company a “shameful part of our past” while thanking him and acknowledging that racism continues to exist in Canadian media today.

“We apologize to Hal Johnson for the racism he experienced at TSN beginning in 1988, a shameful part of our past, and thank him for sharing his story as a reminder of the impact of racism in Canadian media that continues today,” TSN said in a media release. “We recognize that even 30 years later, there is still much work to do to improve our commitment to on-air and editorial diversity. As a first step, TSN is part of Bell Media’s recently announced content diversity task force, which as part of its mandate is committed to amplifying voices from BIPOC on-air talent.”