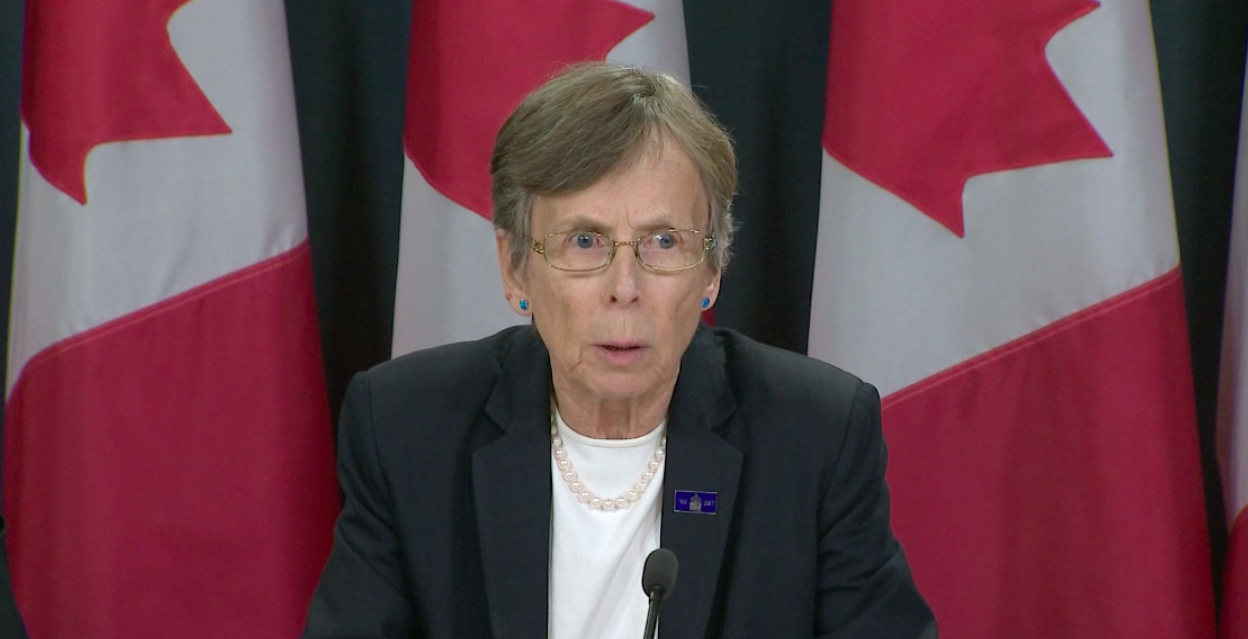 Kathy Fox, chair of the Transportation Safety Board of Canada.

Iranian officials will lead the investigation into what happened to Ukraine International Airlines flight 752, and Canada will communicate those findings as they become available, Transportation Safety Board chair Kathy Fox told reporters Monday.

Canada is bound by international aviation law to respect Iran as the leader in the investigation, Fox said. However, early signs indicate the middle eastern country may let Canada play a larger than normal role given the number of Canadians killed in the crash.

For example, Iranian officials have invited Canadian investigators to download flight data and voice records from the plane’s black boxes.

Iran has the right to lead the investigation because it’s the state where the crash happened, she added. Canada’s role is defined as a state with a special interest, since 57 Canadians were killed.

The plane carrying 176 people was shot down by an Iranian missile shortly after takeoff in Tehran on January 8. There were no survivors.

Iran has admitted to downing the plane, but said the strike was accidental.

Many questions have emerged surrounding the crash, including why the plane was scheduled to take off at all, given high tensions in the region that day following Iranian missiles fired at US military bases in retaliation to the killing of Iranian general Qasem Soleimani.

Two Canadian investigators who departed on Friday should be getting to Tehran later today, Fox said. Canada is also sending a second team of investigators with expertise in downloading aircraft data recorders to join the effort.

“We will continue to advocate for a full explanation of what happened and why,” she said.