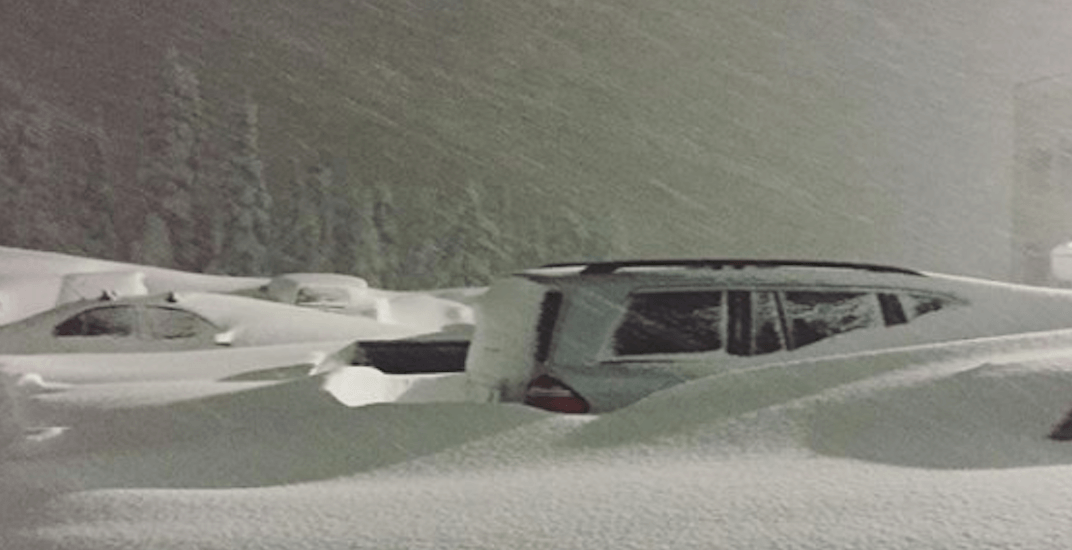 A fresh blanket of snow is usually a blessing for ski resorts, but for Mount Washington on Vancouver Island,  it appears you can have too much of a good thing.

While  snow and a lot of it was in the forecast for numerous areas around BC this past weekend, Mount Washington seemed to get particularly special treatment from Mother Nature.

So how much of the white stuff did they get exactly? How about 110 cm in just 24 hours?

There was so much snow in fact, the resort had to close on Sunday to deal with the winter wallop.

On Sunday, the resort wrote on Facebook that it was “closed due to heavy snowfall and avalanche danger.”

The resort was open again on Monday, but those who were snowed in at the resort – which is not far from the town of Courtenay – shared their shots of Old Man Winter’s extensive visit on social media.