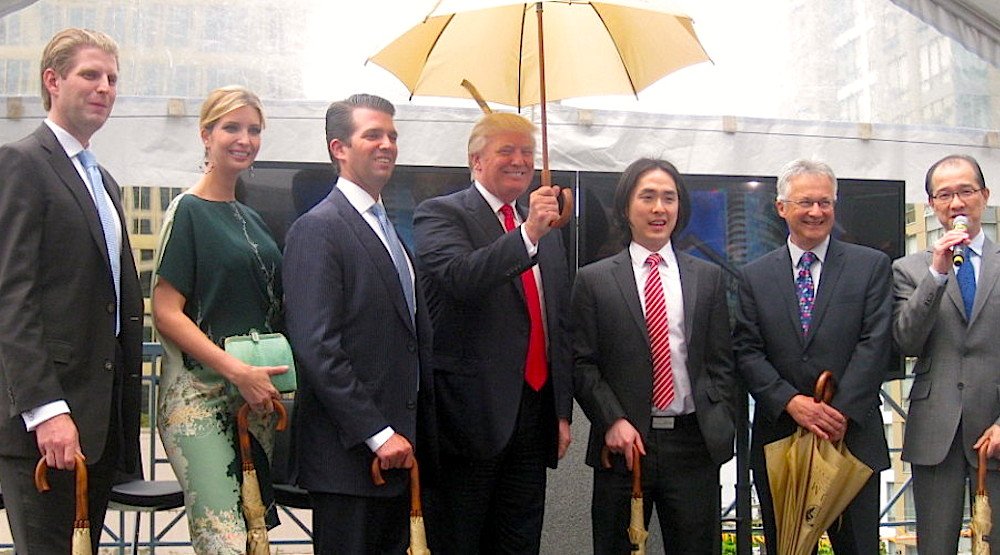 The US President’s two eldest sons will be in Vancouver at the end of this month for the official grand opening of Trump International Hotel & Tower Vancouver.

According to the New York Times, Donald Trump Junior and Eric Trump will partake in the opening celebration slated for the end of the month. A week prior, both men will be in the United Emirates for the opening of Trump International Golf Club Dubai.

Daily Hive could not immediately reach a spokesperson for Holborn Group, the local developer and owner of the building, to confirm the exact date of the event.

Both men have visited Vancouver for the project over several occasions, including the initial announcement of the project in 2013, which was also attended by Donald Trump, and site tours during the construction phase.

While previous events for the Vancouver hotel property have included Ivanka Trump, she is not expected to make an appearance at the upcoming event given her new prominent role in her father’s presidential administration. 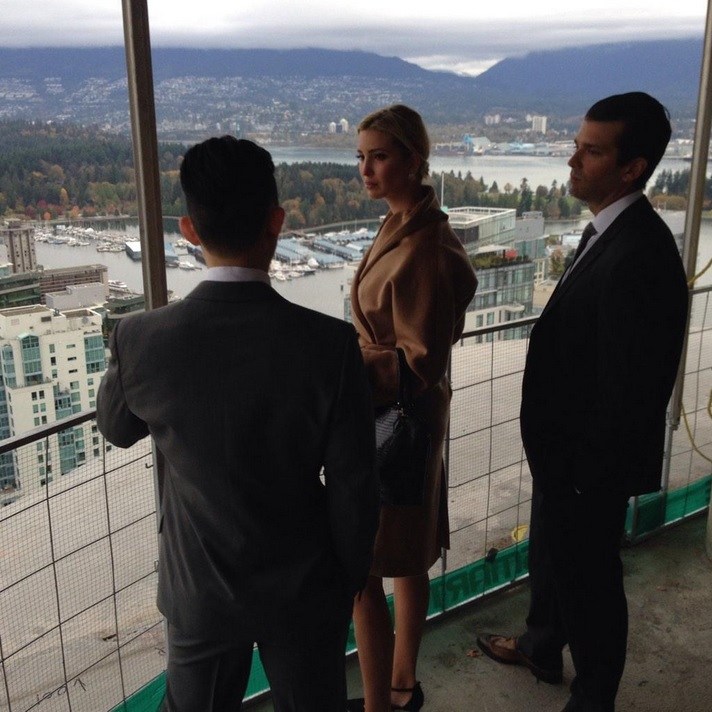 The New York Times notes that the two sons have picked up a larger role within the Trump Organization. Junior is overseeing commercial leasing and other umbrella companies and Eric, who is the named officer on hundreds of Trump companies, is in charge of construction.

However, the controversial family is only lending its name and hotel operating services to Holborn Group – the Trump Organization has no ownership.

The 63-storey tower is Vancouver’s second tallest tower and has been a lightning rod for controversy given its association with the Trump family. It features a 147-room hotel operated by the Trump Hotel Collection, 238 market residential units, Mott 32 signature Chinese restaurant, and Drai’s Pool Bar Nightclub.

All of the residential units have been sold, and the hotel had its soft opening in late-January.

The developer originally proposed the tower in 2007, but the project was put on hold shortly after the effects of the recession began to take its toll on the real estate and financial markets. At the time, the development’s brand and hotel partner was the Ritz Carlton, however, the international hotel chain did not return to the project when it was revived in 2011.

The tower’s twisting design is by late Vancouver architect Arthur Erickson. The essential architectural elements of the tower’s design remain the same under the Trump brand.