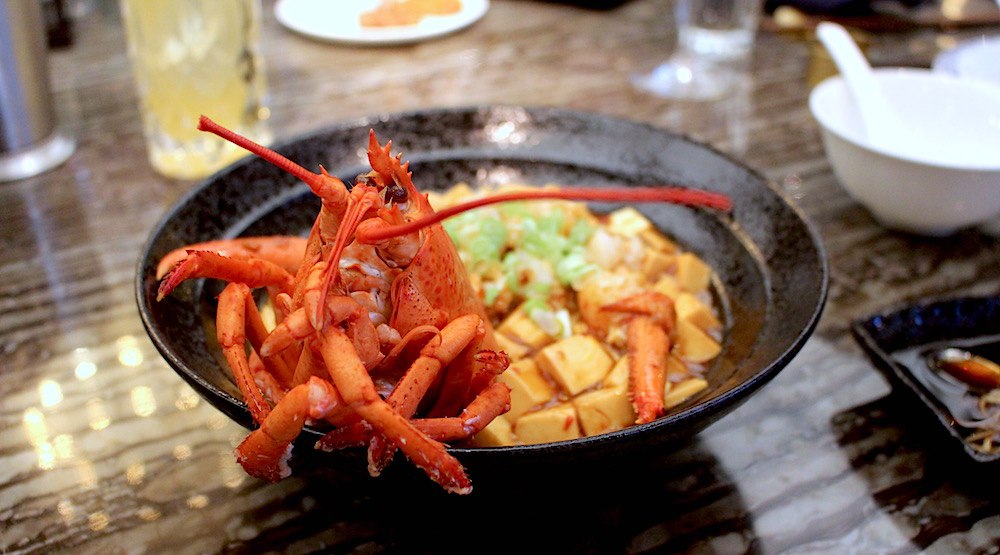 You’re going to be hearing a lot about Mott 32 right now, and if you’re curious to try out the Hong Kong import and their high-end Chinese fare, there’s one key decision you’ll have to face: Do you want to go to Vancouver’s Trump International Hotel & Tower?

For some, the posh restaurant’s location will be a dealbreaker, but the team at Maximal Concepts, the restaurant group behind Mott 32 and a number of award-winning food and beverages ventures located primarily in Hong Kong, says they aren’t in the least concerned.

One reason they aren’t worried is actually one of the reasons why they turned to Vancouver to launch the first location of Mott 32 abroad: Vancouver is a food lover’s city, and is known particularly for its broad array of Asian restaurants. 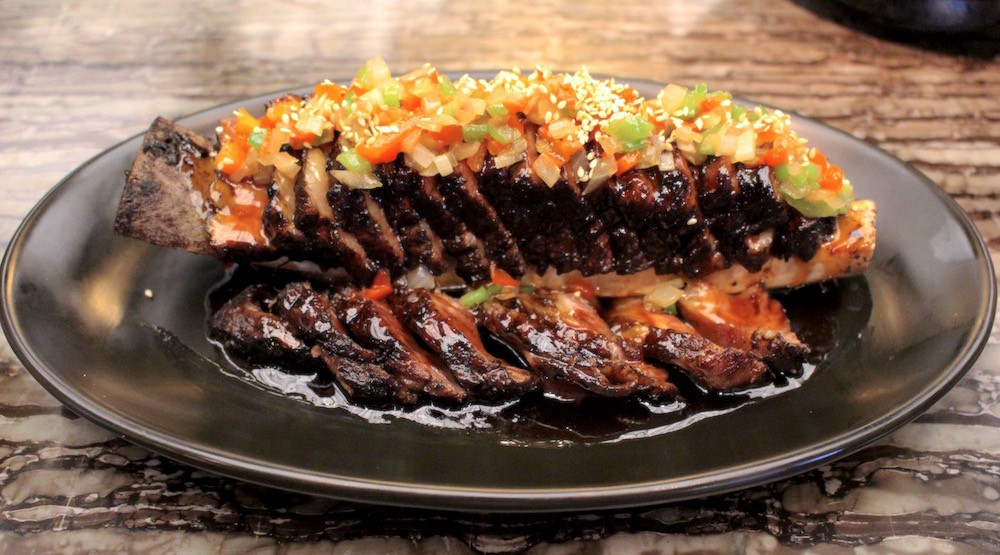 Foodies will find much ado about the multi-regional Chinese fare coming out of Mott 32’s open kitchen; the food represents traditional flavours and staple dishes prepared with modern techniques and many locally-sourced ingredients. When something local isn’t available, Mott 32’s culinary and visionary team turn to the next best, as in what they deem the best in the world. (Our Canadian beef may actually end up on the menu at Mott 32 in Hong Kong, it’s that much better.)

Mott 32 and Maximal tend to pair up with high profile hoteliers for their ventures (and, my, did they ever get that with Vancouver’s Trump project) and thanks to it being a hotel restaurant, Mott 32 serves breakfast, lunch, and dinner daily. Breakfast will include a roster of Western-style breakfasts alongside traditional Chinese breakfast items, like congee and Dim Sum. 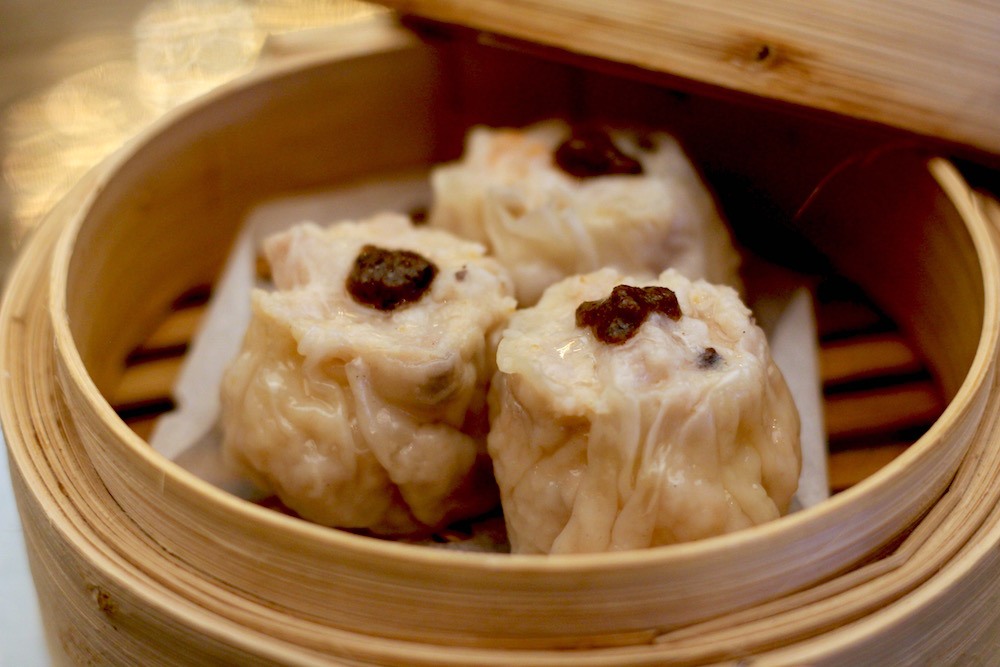 Dim Sum is the star of the show come lunch time, and their selection includes inventive plays on classic dumplings. Their Siu Mai, for example, is made with Iberico pork and is filled with a quail egg. You’ll want to gently urge the yolk to ooze out with a practiced press of the chopsticks (and have your Boomerang app at the ready) to get the full effect.

Their soup dumplings are plump and orange, served on individual little wooden slings. The hue is courtesy the bold spices used to give the Iberico pork filling and the broth its hot and sour notes, and the whole spectacle is a reminder that this is not your neighbourhood dim sum joint–things are definitely next level here. 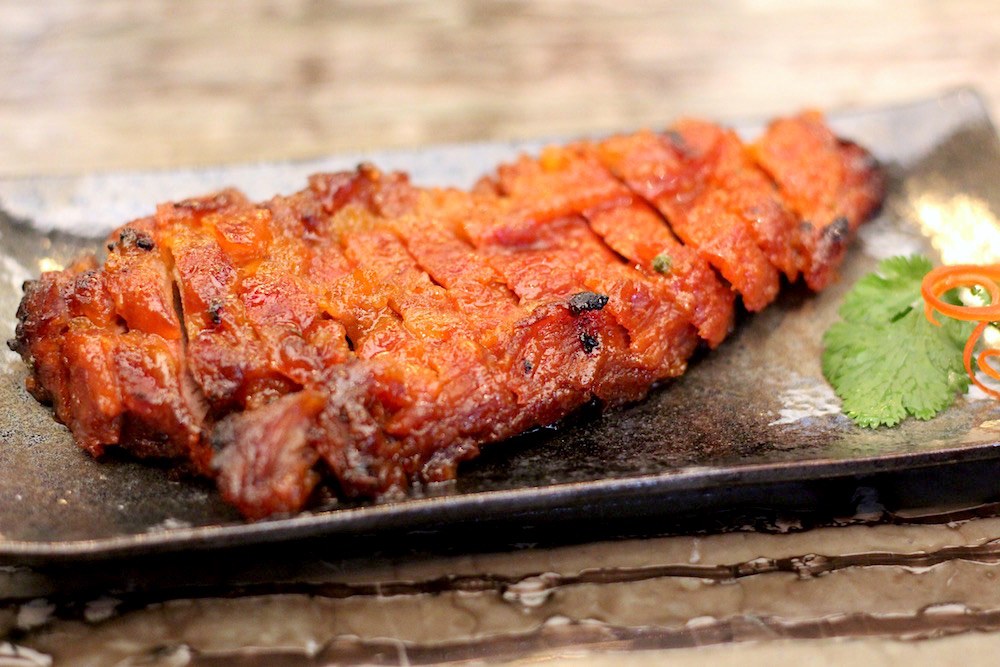 Elsewhere on the menu diners will find dishes like Mott 32 Hong Kong’s all star, their BBQ Pluma Iberico Pork Char Siu, which is impossibly tender with nuanced flavours of sweet and smoke that don’t dominate the taste of the meat. Ma Po Tofu gets a luxe boost with the addition of Maine lobster, the chunks of meat offering a textural contrast to the silky tofu squares and the welcome zip of the green onion slices.

If you’re hoping for some serious heat, there are many dishes at Mott 32 that come from the Szechuan tradition, like the white fish swimming with noodles and celery in a clear broth made fiery thanks to the many Szechuan peppercorns. 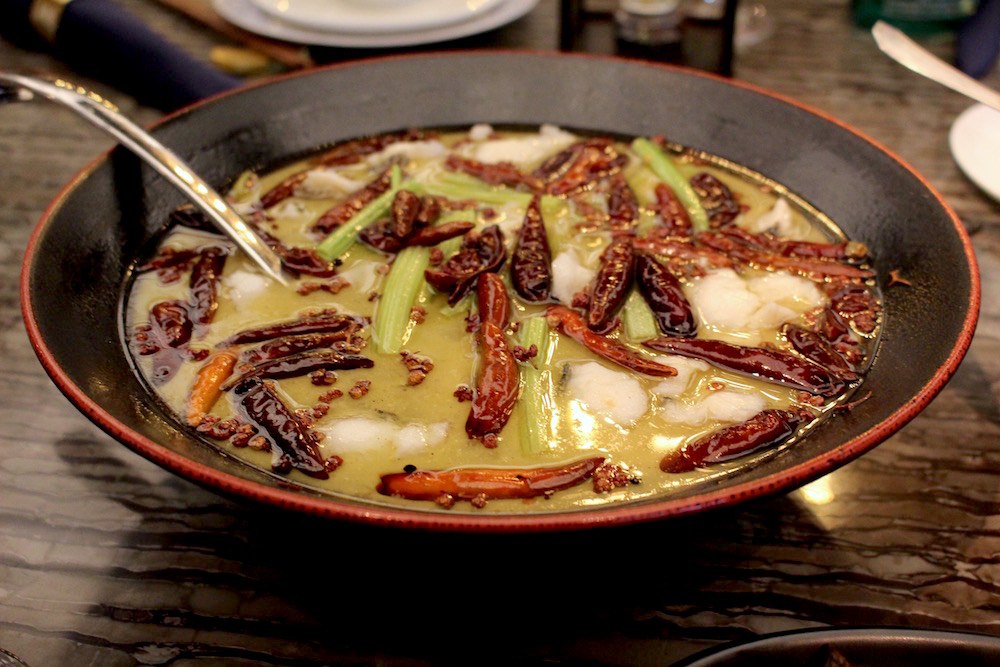 While you can order a whole suckling pig (that’s $395, by the way), you can also try their lauded Peking Duck, which here comes from its own special oven and section of the kitchen. The duck is sourced from the Fraser Valley, and is finished with applewood smoke before it is presented on the trolley and carved tableside.

Chinese food lovers may not be accustomed to ordering up drinks beyond beer or tea when they sit down for a feast, however Mott 32 has a wine and cocktail program. The latter beverages are mixed up behind the bar that takes its design cues from a Chinese medicine shop, and in fact each of the restaurant’s signature cocktails features an ingredient that is used in Chinese medicine. 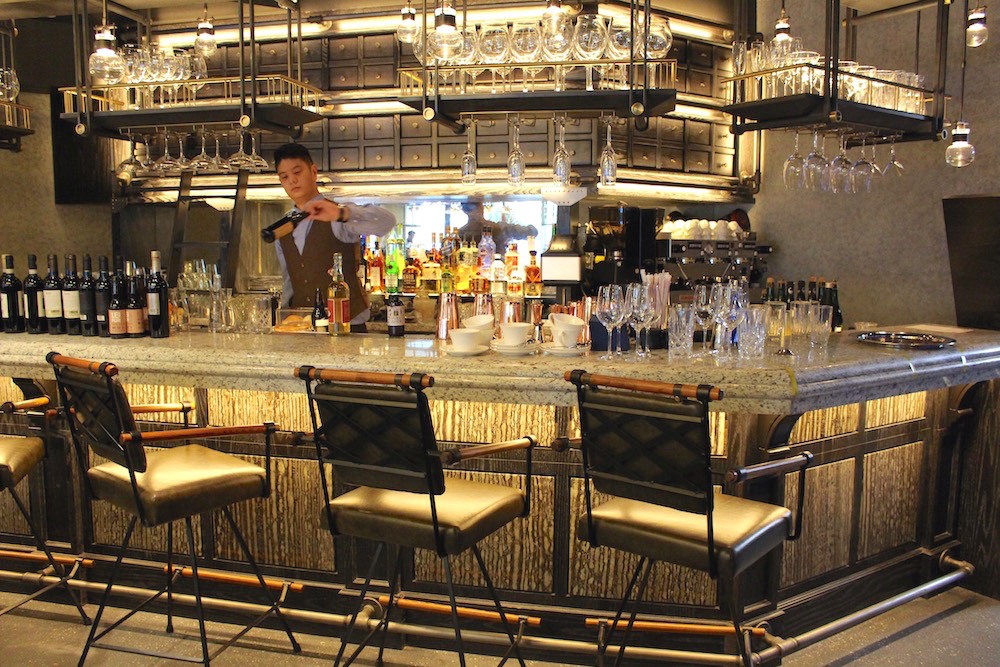 The interplay of culture and design is evident throughout Mott 32. Maximal Concepts’ DNA Director Shiz Scott explains that their philosophy is that Mott 32 be reflective of a journey, starting from the front door, which is distinguished with a replica of the Hong Kong flagship’s chain-inspired chandelier. (Take note–you won’t need to use the main Trump Hotel entrance to get into Mott 32.)

Artifacts and “knick knacks” adorn the room, and designer Joyce Wang drew inspiration from multiple sources to create the multiple dining spaces, including private rooms, from light fixtures using opium pipes, a repeated motif of the abacus, booths as an homage to a Vancouver diner, an intimate seating area evoking a cozy Hong Kong cafe, and the almost tunnel-like feel as a nod to Mott 32’s flagship’s basement location. 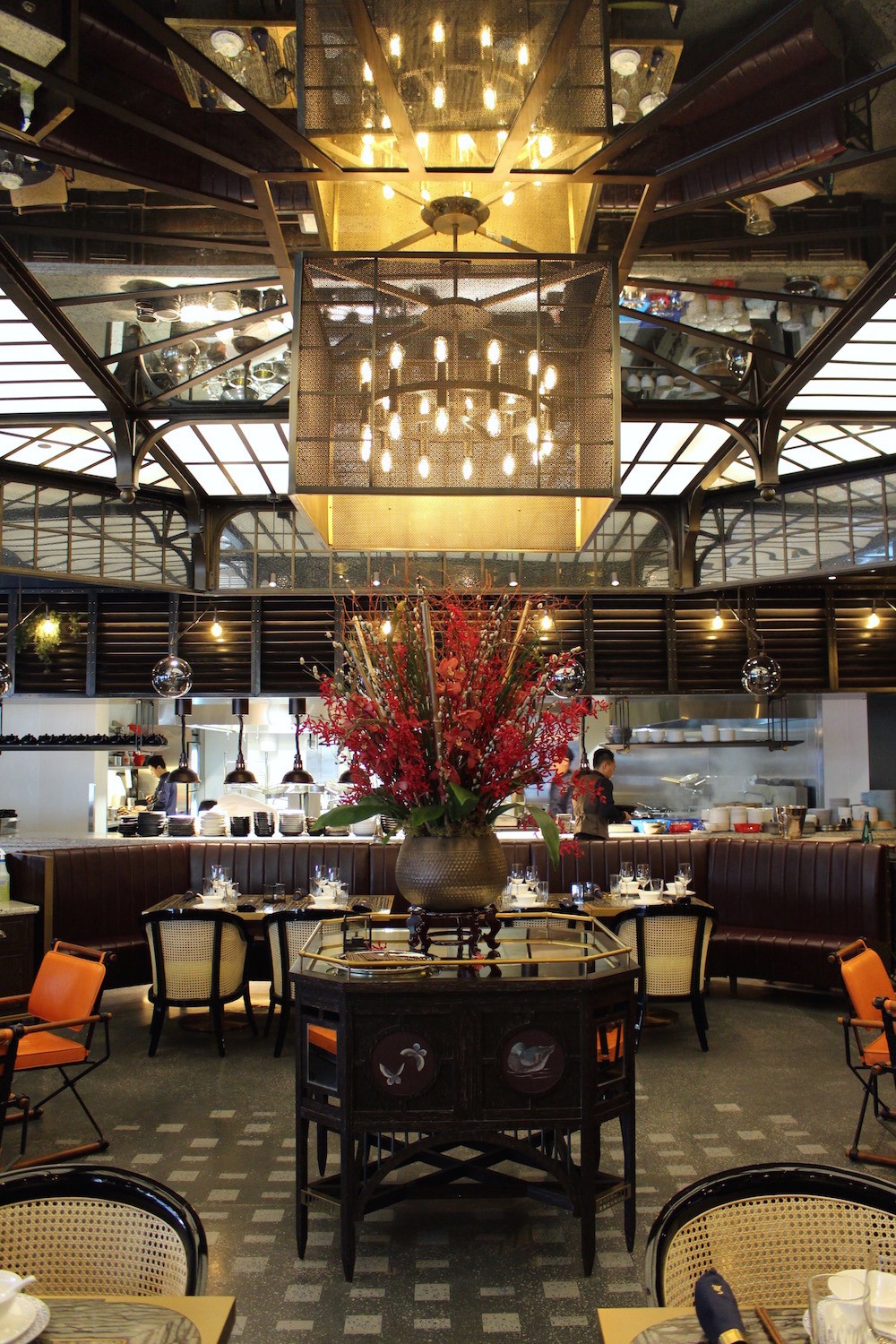 Mott 32, which is named for New York City’s first Chinese convenience store that opened in 1891 at 32 Mott Street, offers several private dining rooms, each with its own theme, which are available for reservation for groups of four to 12 for regular meal service.

There are already two additional Mott 32 restaurants in the work (Beijing and Dubai) but of course, Vancouver has its eyes on its very own. It’s a bold move to bring such an opulent take on what for many is seen as a humble cuisine, and to package it–at least aesthetically–in a way that is both sumptuous and welcoming. 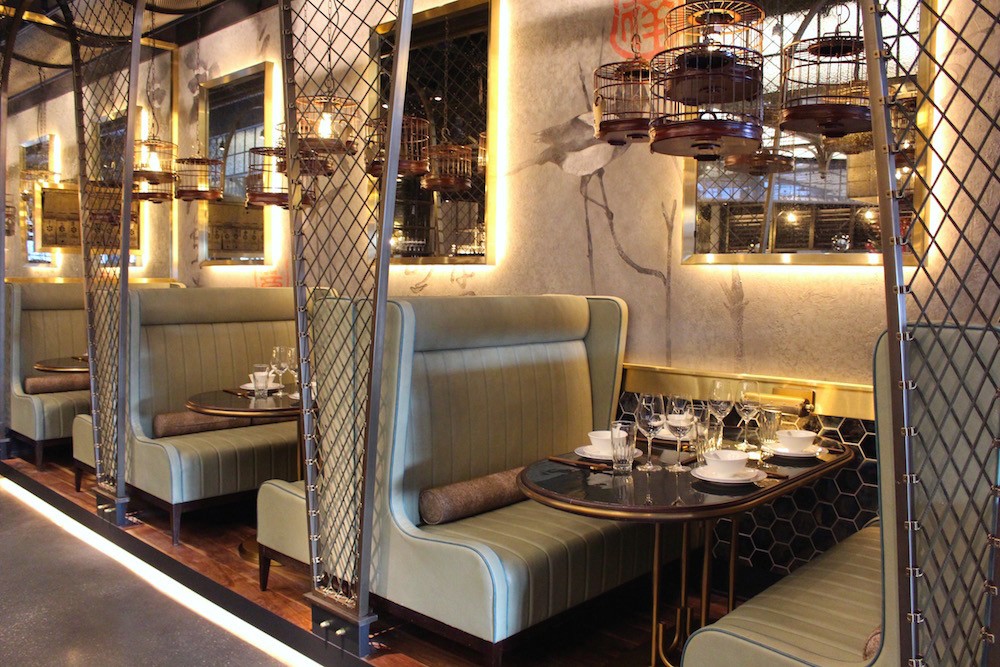 Maximal Concepts’ Founder and Managing Director Xuan Cheng Mu says he appreciates Vancouver’s laid back vibe, and knows full well some diners will eagerly dress up for a dinner out at Mott 32, but there’s no dress code, and all are welcome, no matter the attire.

Mott 32 is currently wrapping up its testing phase and putting final perfecting touches on the menus and room, and is expected to announce their “soft open” phase in the coming days. They’ll be open ahead of the hotel itself, and will hold a grand opening in the coming weeks, too. 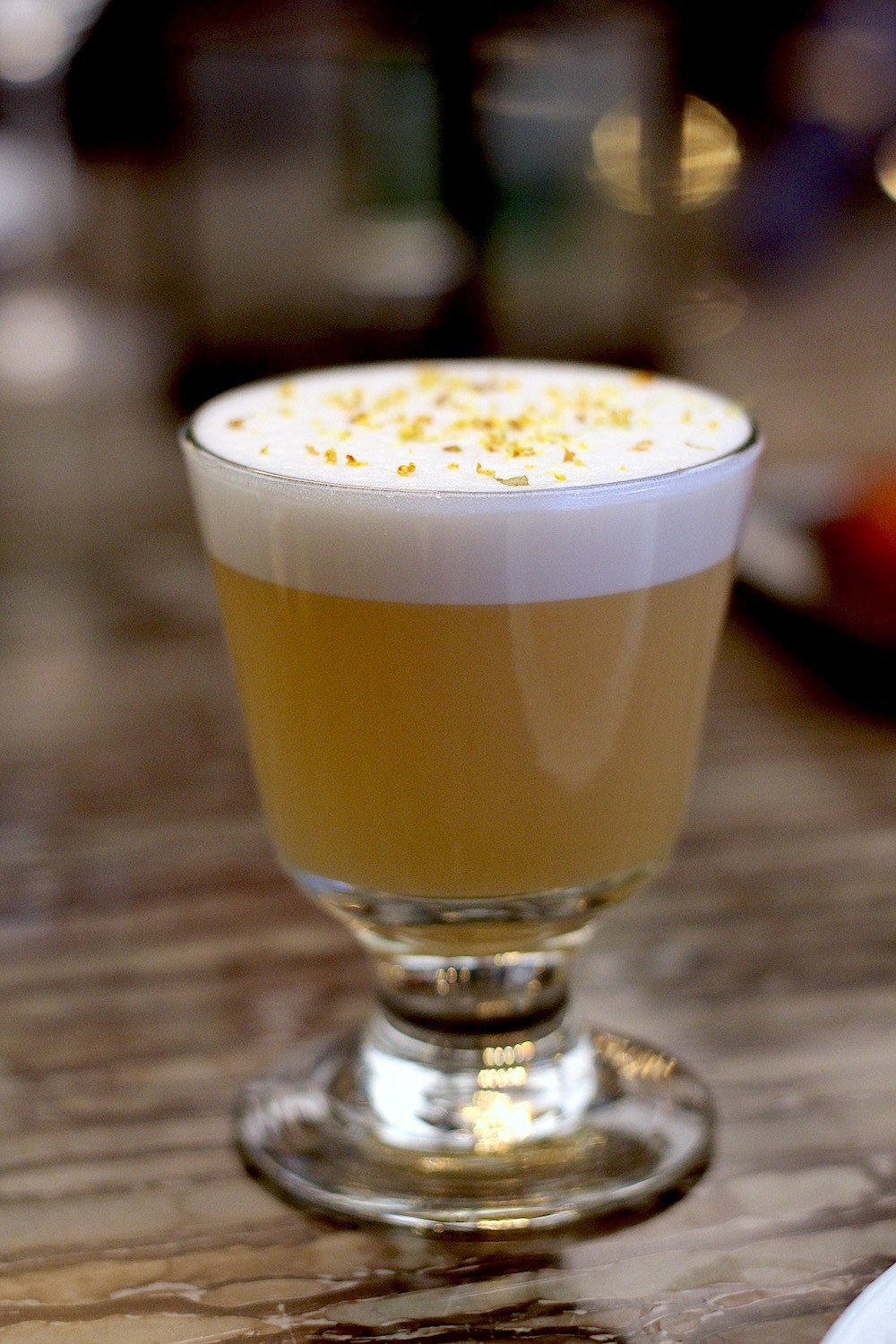 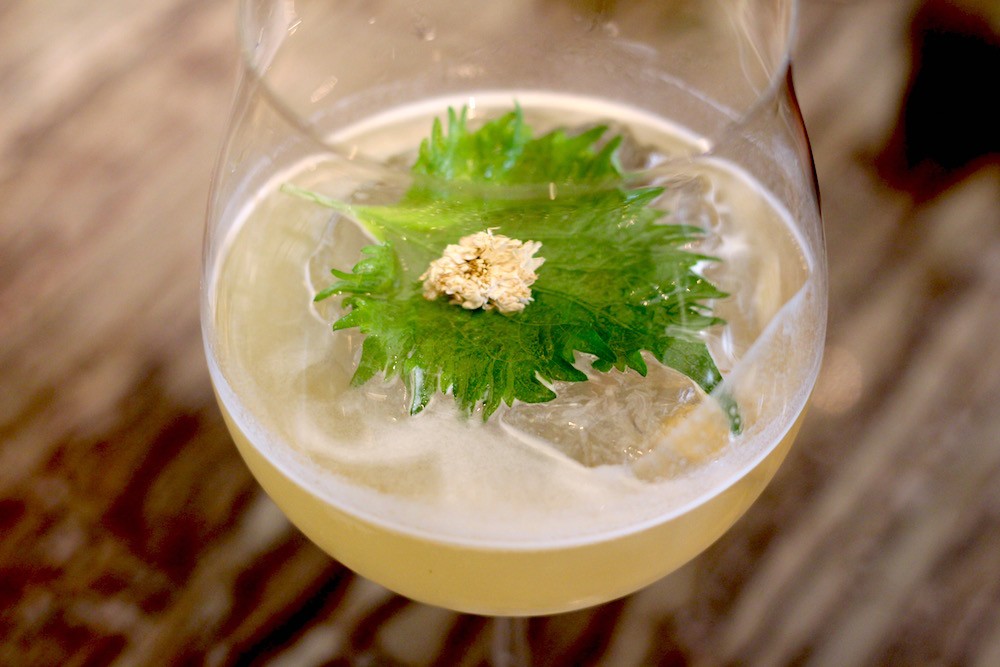 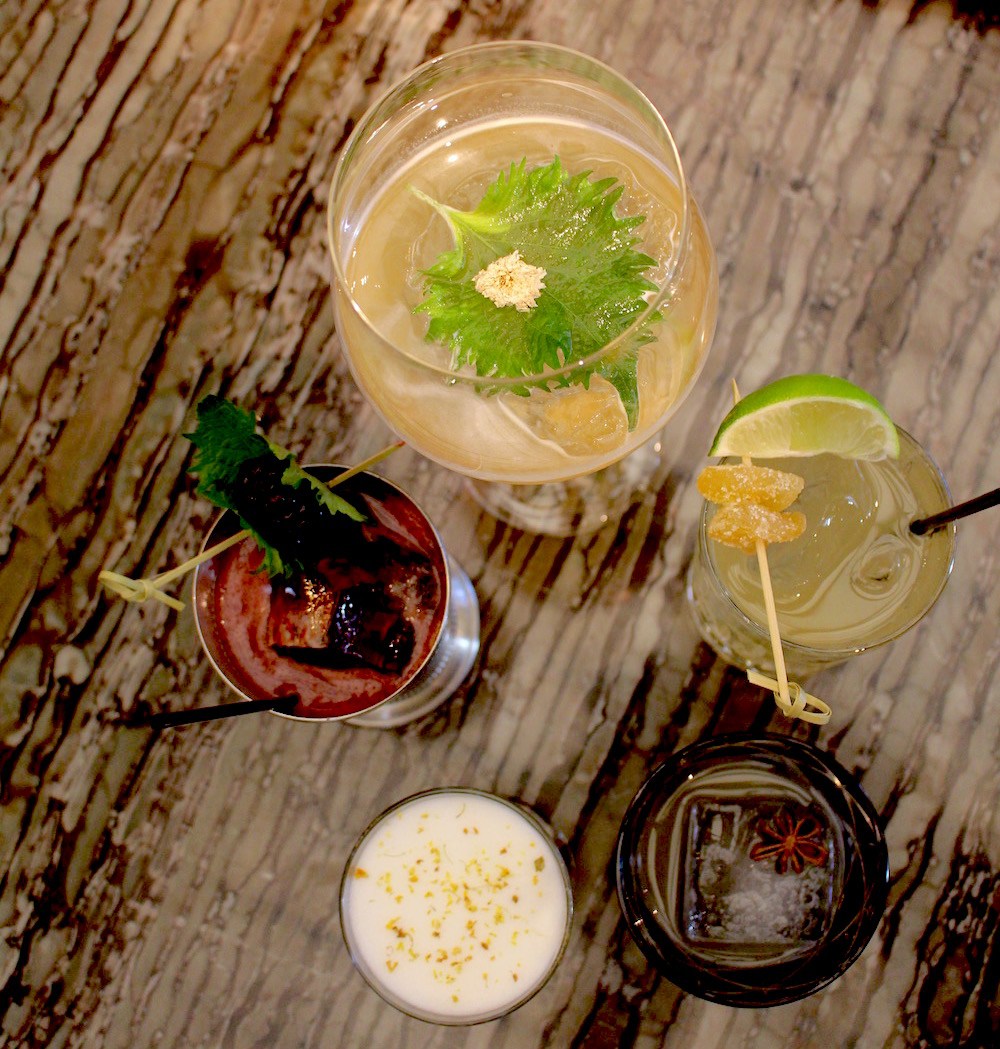 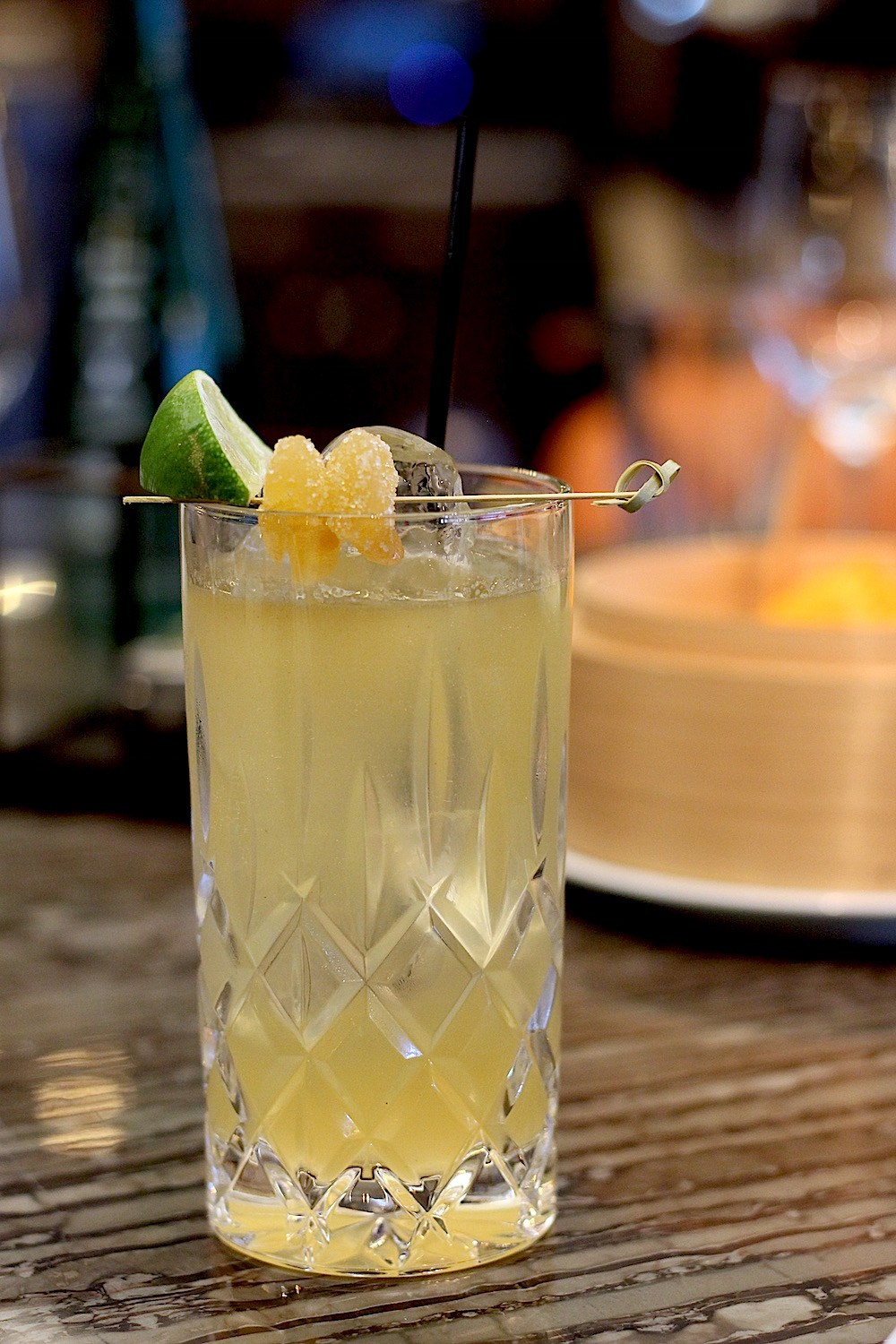 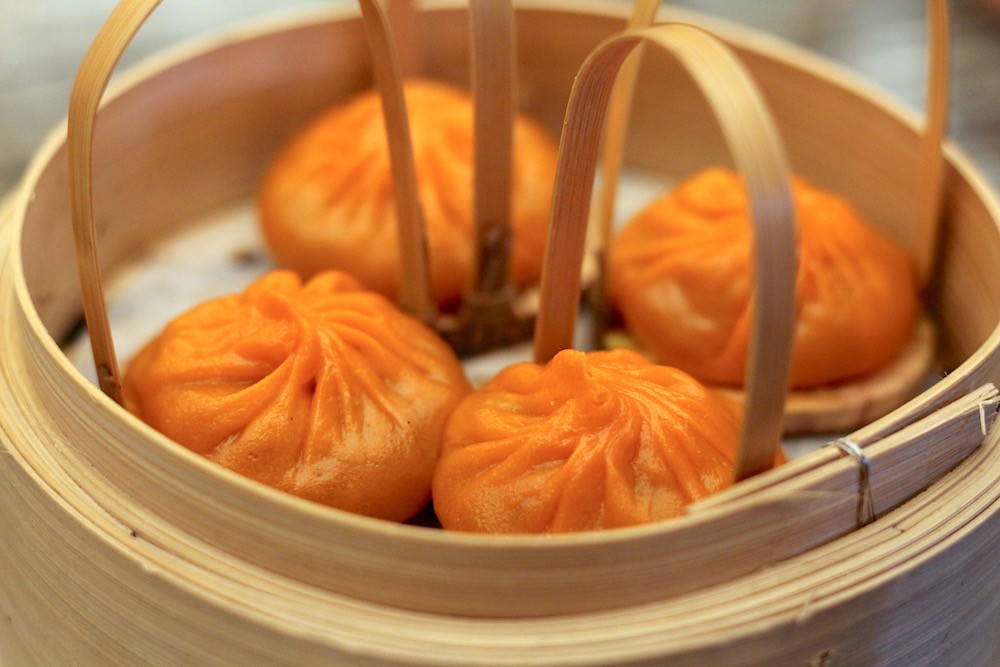 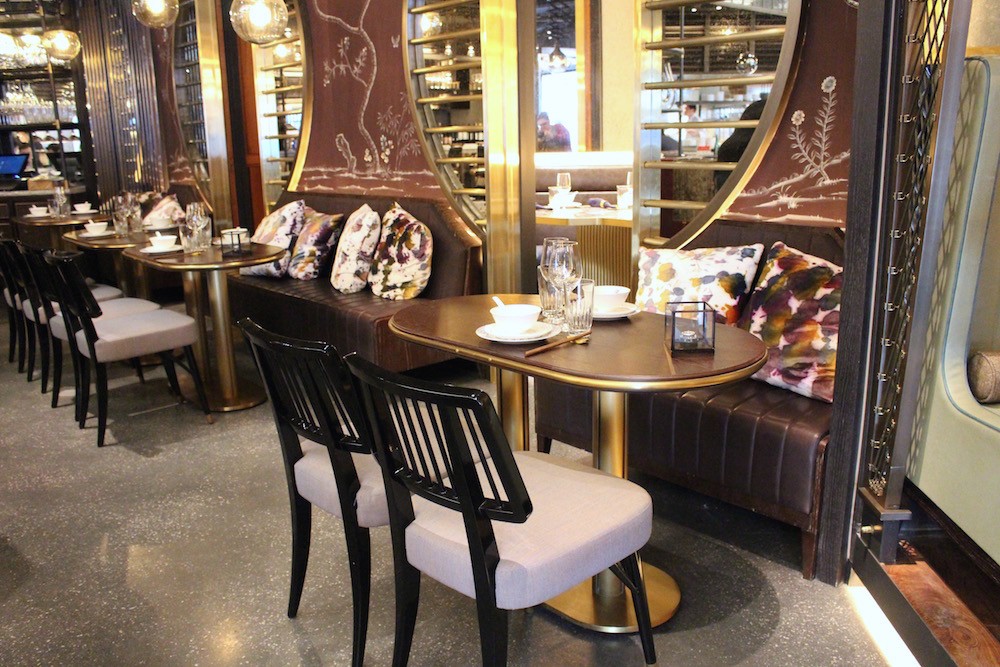 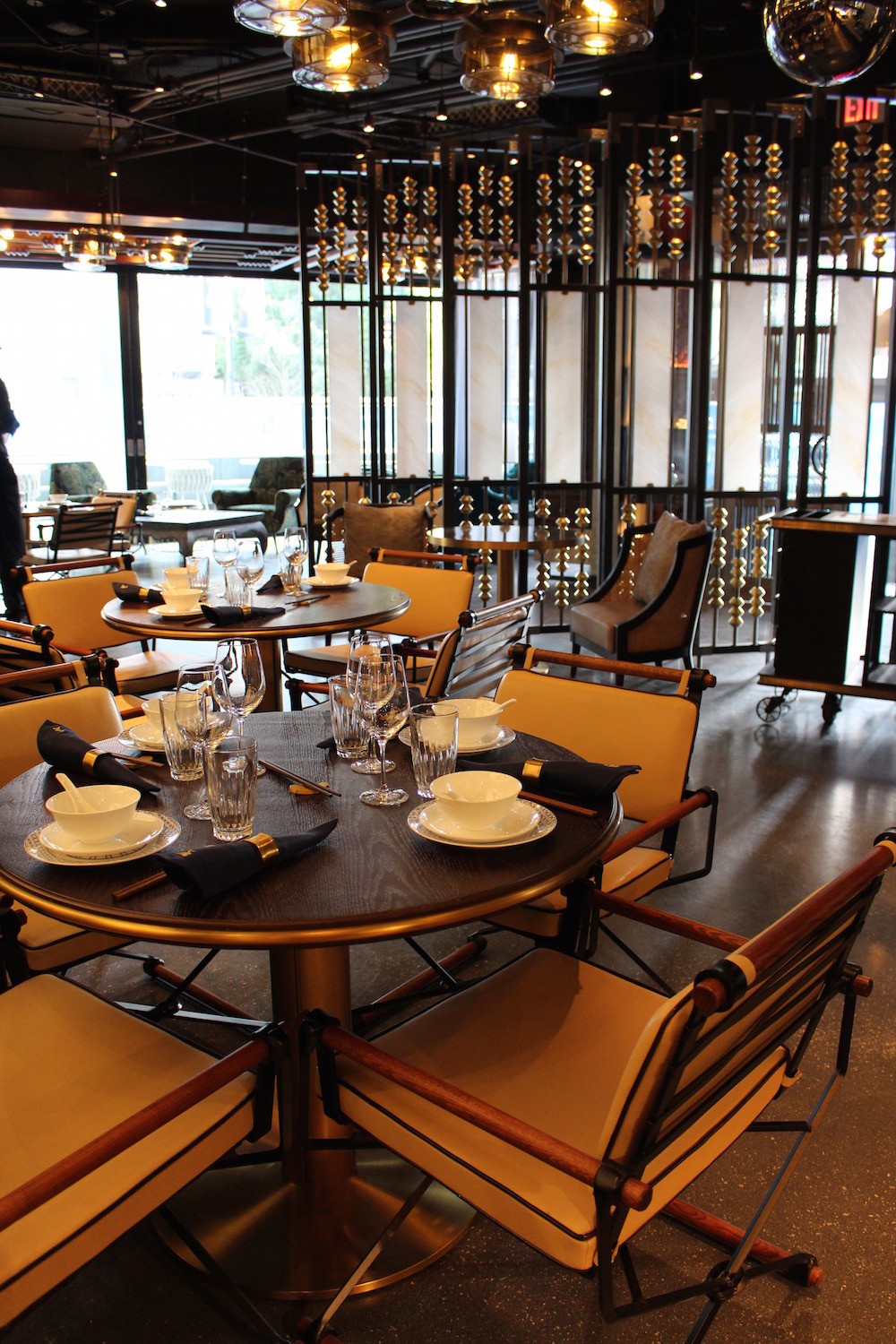 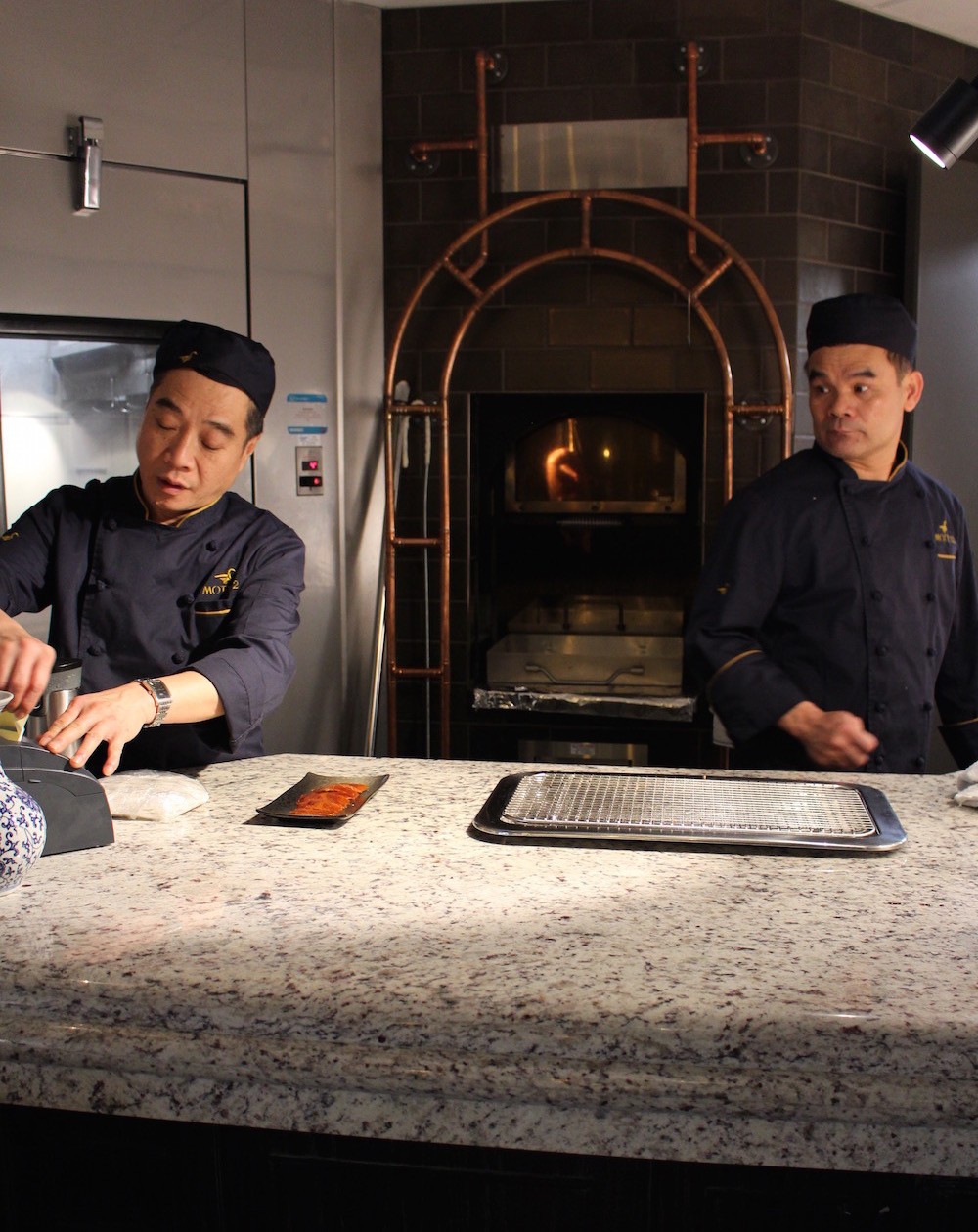 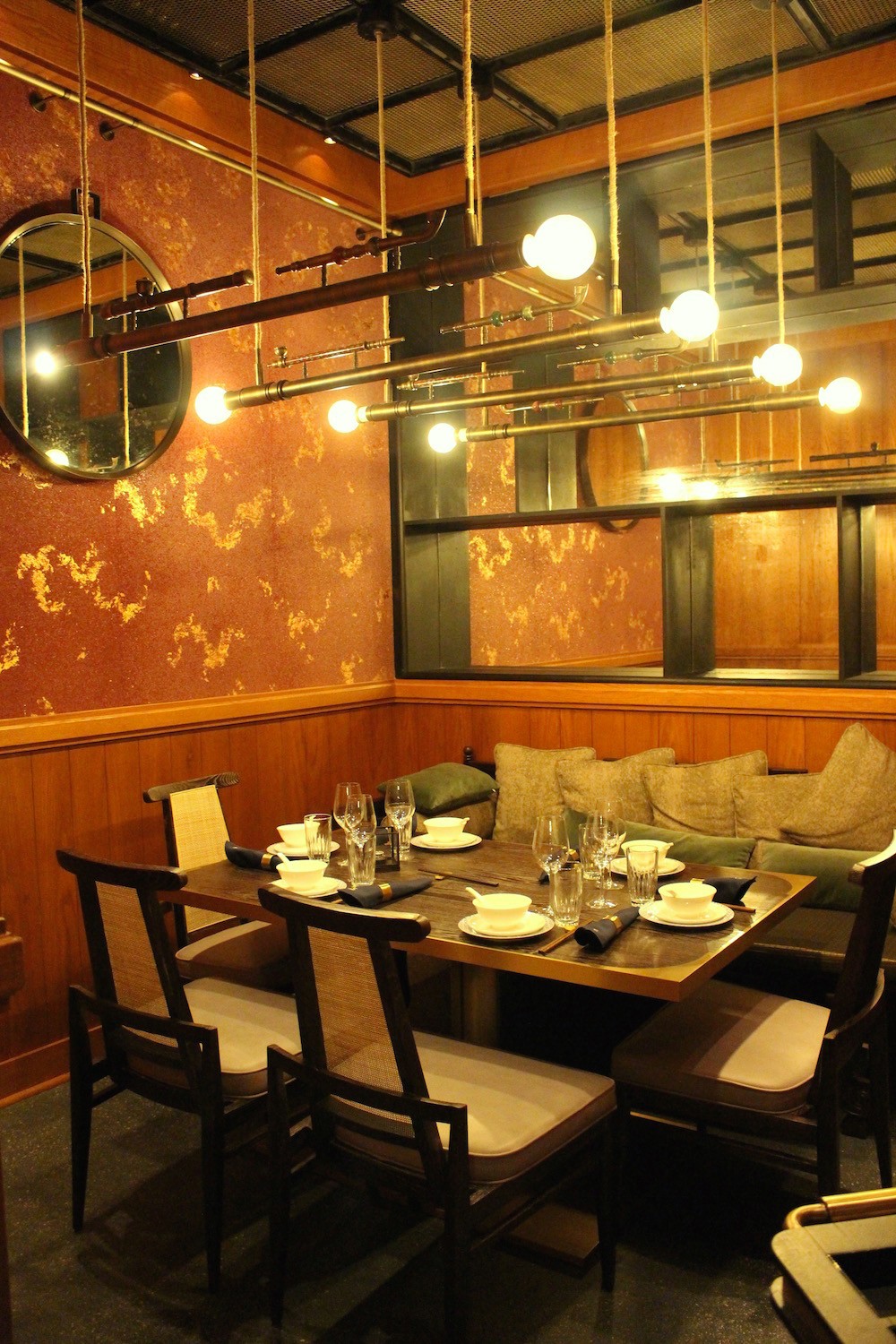 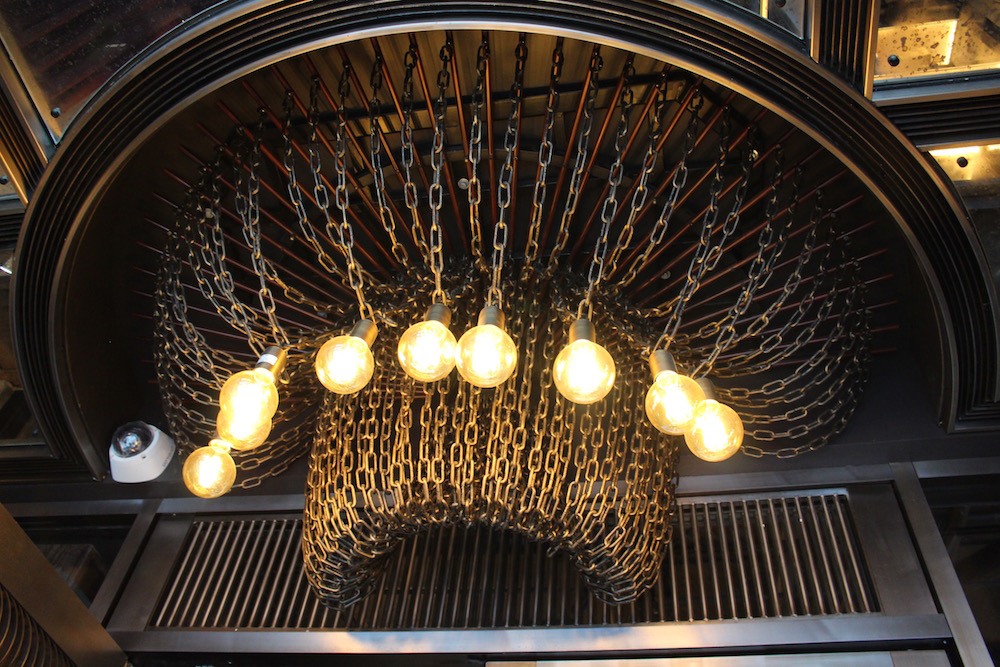 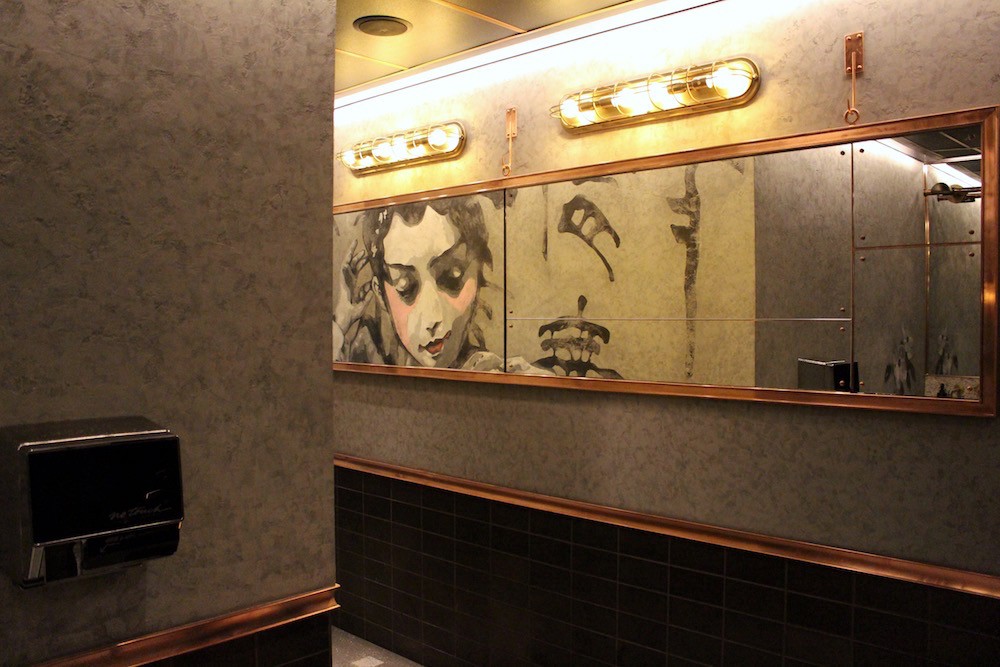