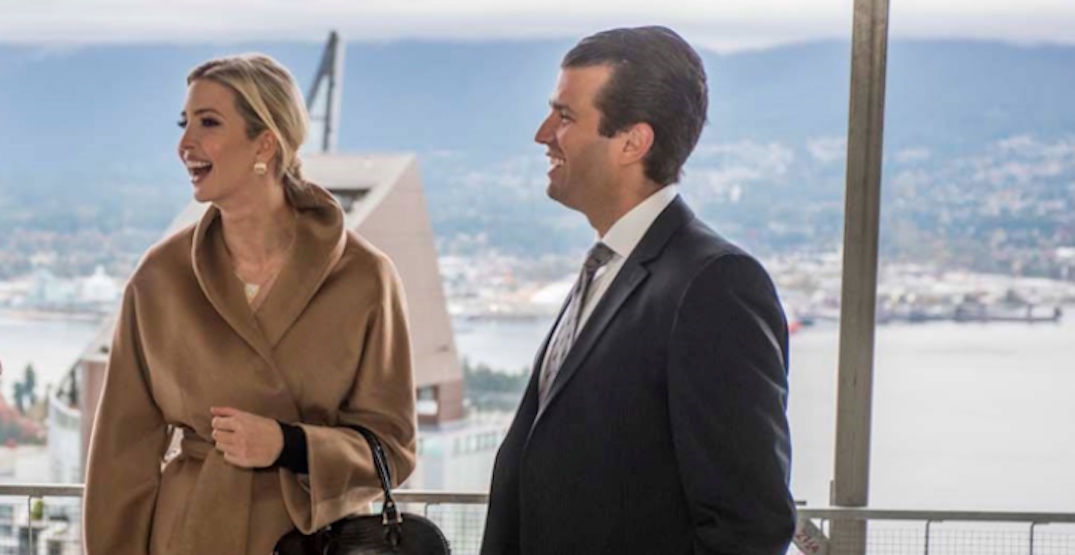 There is an established Vancouver connection in US President Donald Trump’s long-sought tax return records, unearthed by a landmark New York Times report over the weekend.

Financial disclosures made by Ivanka Trump, filed in 2017 when she joined White House staff, indicate she received payments totalling $747,622 from a consulting company she co-owned. As it turns out, this sum exactly matches the consulting fees claimed as tax deductions by the Trump Organization for their hotel projects in Vancouver and Hawaii.

The Vancouver hotel project is, of course, the Trump International Hotel & Tower Vancouver, which suddenly permanently shuttered its doors last month. The 2017-opened residential and hotel tower is owned by local developer Holborn Group, but the operating subsidiary of the hotel, TA Hotel Management, filed for bankruptcy.

The investigative report suggests Ivanka could find herself in trouble with US federal authorities for avoiding taxes by being paid unreasonable fees as a project consultant. Ivanka is known to have collaborated on the hotel project’s interior and amenities, including Canada’s first Mar-a-Lago Spa by Ivanka Trump. 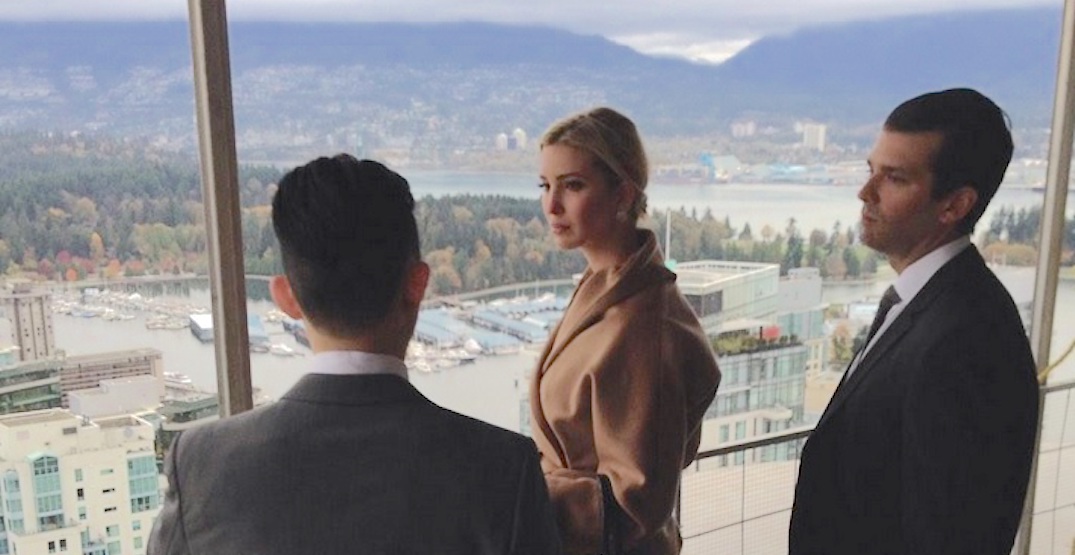 “Ms. Trump had been an executive officer of the Trump companies that received profits from and paid the consulting fees for both projects — meaning she appears to have been treated as a consultant on the same hotel deals that she helped manage as part of her job at her father’s business,” reads the report.

“Employers can deduct consulting fees as a business expense and also avoid the withholding taxes that apply to wages. To claim the deduction, the consulting arrangement must be an ‘ordinary and necessary’ part of running the business, with fees that are reasonable and market-based, according to the IRS. The recipient of the fees is still required to pay income tax… The IRS has pursued civil penalties against some business owners who devised schemes to avoid taxes by paying exorbitant fees to related parties who were not in fact independent contractors.”

According to the New York Times, this raises more questions of whether this was the strategy used by Donald Trump to pay his adult children involved in his businesses. About $26 million was written off as “unexplained ‘consulting fees'” as a business expense across nearly all of his projects.

“On Ms. Trump’s now-defunct website, which explains her role at the Trump Organization, she was not identified as a consultant,” continues the report, noting that Ivanka is “involved in all decisions — large and small.”

“Rather, she has been described as a senior executive who ‘actively participates in all aspects of both Trump and Trump branded projects, including deal evaluation, predevelopment planning, financing, design, construction, sales and marketing, and ensuring that Trump’s world-renowned physical and operational standards are met.”

The report, released just five weeks before the US election, found Donald Trump paid just $750 in federal income taxes in 2016 — the year he won the presidential election — and another $750 in 2017. He did not pay any income taxes in 10 of the previous years, mainly because he reported losing significantly more money than he made.