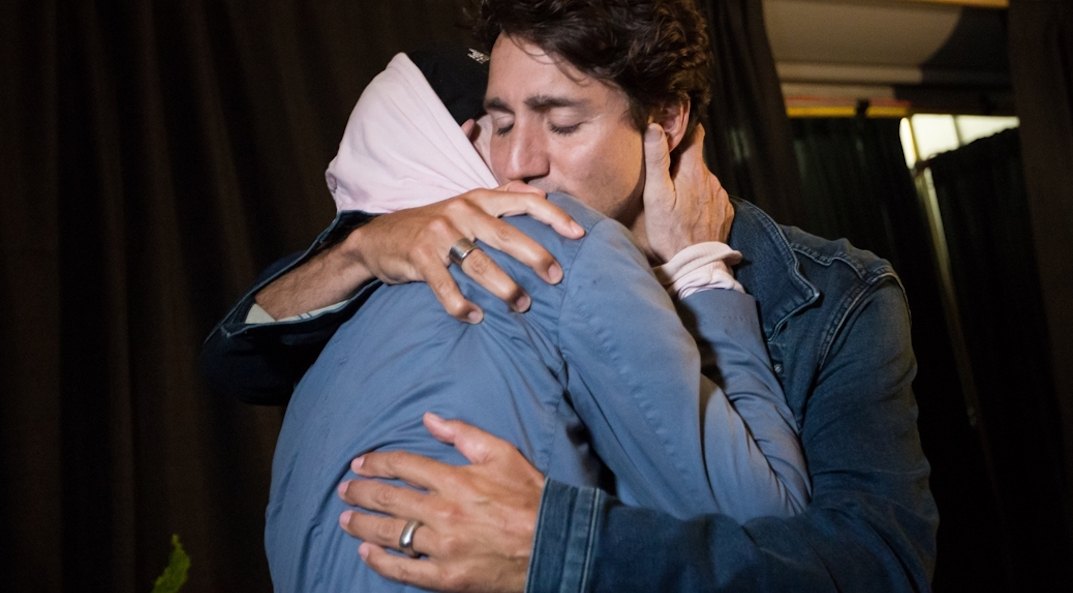 The words Justin Trudeau delivered in his speech on the death of Gord Downie left the Prime Minister in tears this morning on Parliament Hill.

“Gord was my friend,” said Trudeau, clearly holding back tears. “But he was everyone’s friend. Our buddy Gord, who loved this country with everything he had. And not just in a nebulous ‘Oh, I love Canada’ way, he loved every hidden corner, every story, every aspect of this country that he celebrated his whole life.”

Trudeau also released an official statement in which he offered condolences to Downie’s family, friends, and band mates.

Calling Downie a poet, Trudeau said that the Tragically Hip’s music helped Canadians understand each other, “while capturing the complexity and vastness of the place we call home.”

“Gord’s command of language was profound,” Trudeau said in his statement. “He painted landscapes with his words, elevating Canadian geography, historical figures, and myths. When he spoke, he gave us goosebumps and made us proud to be Canadian. Our identity and culture are richer because of his music, which was always raw and honest – like Gord himself.”

The Prime Minister also said that after Downie was diagnosed, he continued to work in what he believed in: social justice, environmentalism, and reconciliation with Indigenous Peoples.

“Gord did not rest from working for the issues he cared about, and his commitment and passion will continue to motivate Canadians for years to come,” said Trudeau.

And during his tearful speech, Trudeau echoed what others across Canada might be feeling this morning.

“We are less as a country without Gord Downie in it.”

Gord Downie passed away on Tuesday evening after a battle with brain cancer. He was 53.