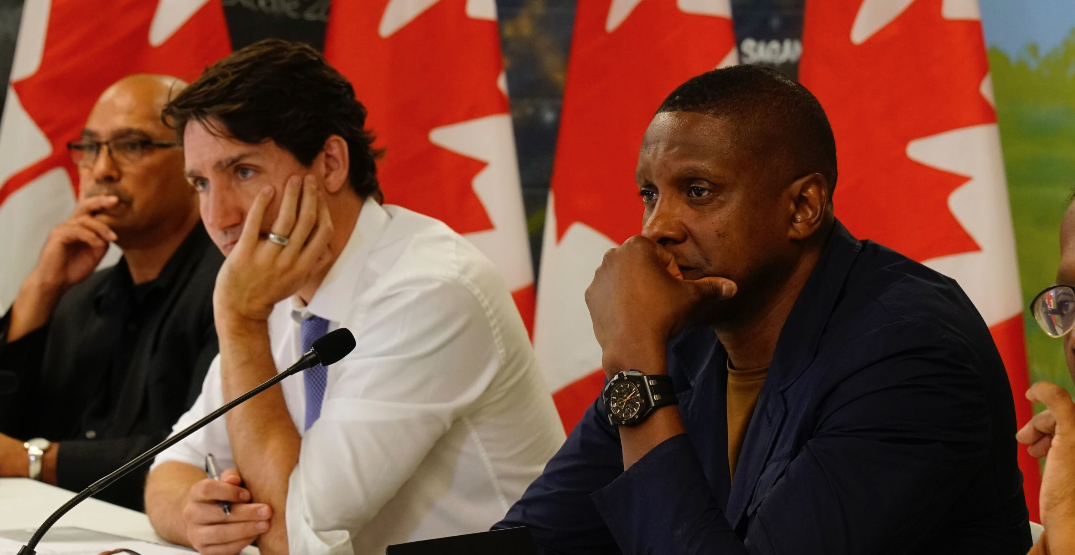 The Toronto Raptors have made their latest stamp on their efforts to reduce gun violence.

Representatives from Zero Gun Violence Movement, BAM Collective, and Mending a Crack in the Sky were also in attendance, per Vivek Jacob of Raptors.com.

“Gun violence affects too many people across the country – and these community leaders, doctors, and young people from Toronto are working tirelessly to change that. That’s why we’re working together and enacting stronger gun control measures to keep Canadians safe,” Trudeau said.

To further our commitment to gun violence awareness, Masai and Prime Minister Justin Trudeau sat down with community stakeholders today to gain a better understanding and further educate ourselves on the issues impacting our community.

“To further our commitment to gun violence awareness, Masai and Prime Minister Justin Trudeau sat down with community stakeholders today to gain a better understanding and further educate ourselves on the issues impacting our community,” the Raptors wrote in a tweet.

“The Toronto Raptors have been grieving for the friends and families who have lost loved ones due to recent gun violence, including the two mass shootings last month in Uvalde, Texas, and in Buffalo, New York, and now in Tulsa, Oklahoma,” reads the Raptors’ petition, which currently has just under 19,000 signatures.

“His leadership in so many ways on and off the court has been extraordinary to watch over these past years,” Trudeau said about Ujiri at the event.

“We know that [gun violence is] not just an issue for marginalized communities and we know some of these issues that are rising, we’ve seen in our neighboring country and we see it here, we’re hoping that we can get this under control in our own country,” Ujiri said at the event. “Mental wellness, whether it’s a lack of education, whatever the issues are —domestic violence — all these things that are causing [gun violence], we have to be in front of them.”