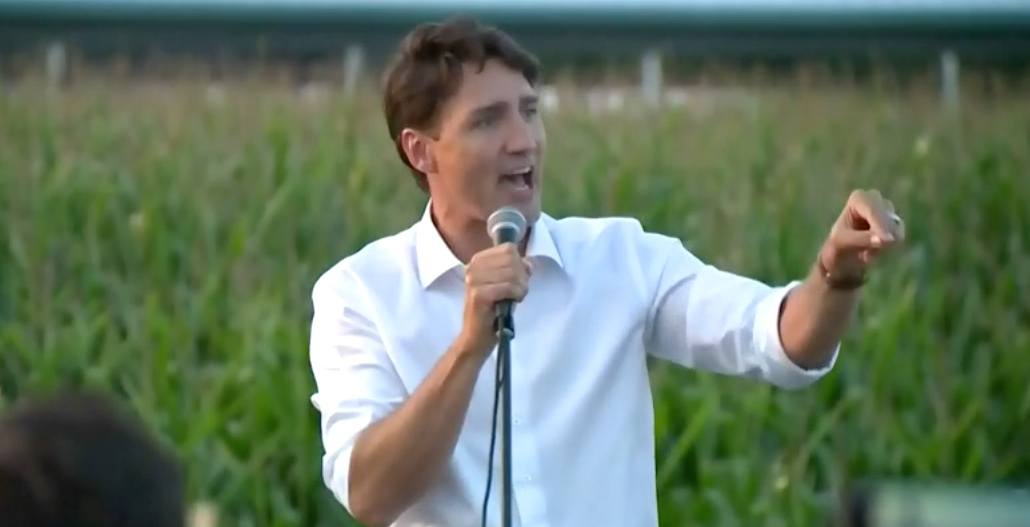 At a rally in Sabrevois, Quebec on Thursday, Prime Minister Justin Trudeau dealt with an aggressive heckler who was complaining about illegal immigrants.

While speaking into a microphone, Trudeau was repeatedly interrupted by a woman in the crowd. The Prime Minister started by telling the heckling woman (in French), “Madame, one of the important things in politics is to listen.”

“I want to know when you are going to refund the $146 million we paid for your illegal immigrants,” yelled the woman from the crowd.

“Ok, Madame,” Trudeau responded. “This intolerance towards immigrants has no room in Canada.”

The confrontation was caught on video by CTV.

The Prime Minister continued to speak into the microphone about Canada’s history and the country’s foundation being built by immigration. As the crowd cheered, the woman continued to try and get Trudeau’s attention.

As he stepped off stage, the woman confronted him multiple times asking, “Mr. Trudeau, are you tolerant towards Quebecois?”

He responded that her “racism has no place here,” and that he’s a “proud Quebecois.”

Trudeau’s security guards, dressed in civilian clothes, then attempted to calm the woman as the PM left.

Another angle of the altercation was uploaded to YouTube, complete with translated subtitles.