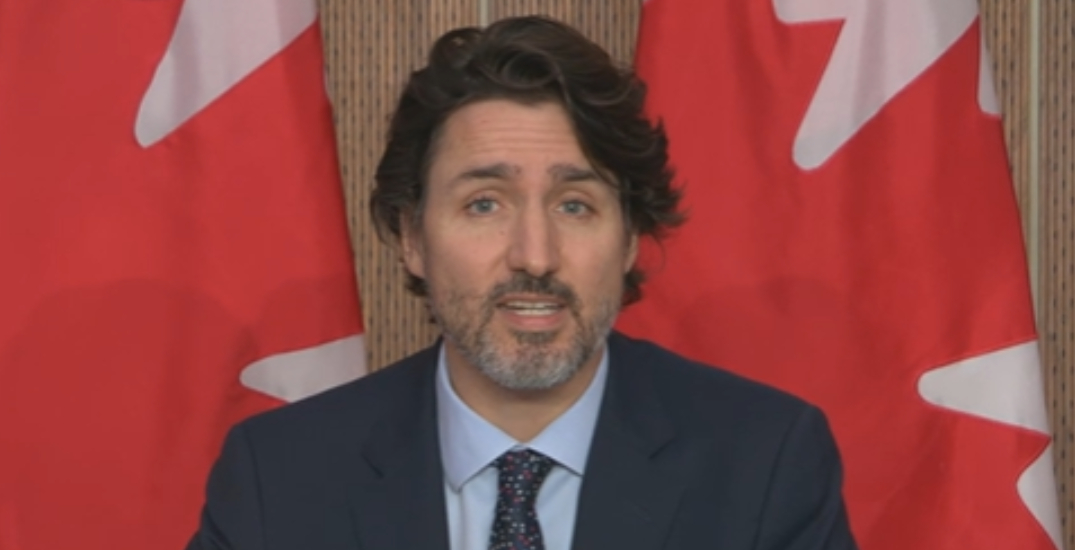 Prime Minister Justin Trudeau said political finger-pointing is not what Ontario needs as the province battles a third was of COVID-19.

When asked about recent “attack ads” from Doug Ford’s government, Trudeau said he is focused on offering support to Canadians during the pandemic.

“I recognize…that leaders are under a certain amount of stress right now, and some will choose to point fingers and lay blame, and even engage in personal attacks,” Trudeau said at a press conference on May 7,

“That’s not my approach, and that’s not, quite frankly, what Ontarians need. I’m going to stay focused on working with Doug Ford and his government on delivering for Canadians as concretely as possible.”

On May 6, the Ontario PC Party posted a video on social media saying that Trudeau “failed to close the borders” when the COVID-19 pandemic began and that not doing so now will spur a fourth wave.

At the time, Trudeau said that he would end students’ arrival into Ontario and that Ford was the only premier to make such a request.

Trudeau revealed on Friday that he had also offered to end the arrival of temporary foreign workers, agricultural workers, and travellers designated as “compassionate exceptions.”

He noted that the roughly 30,000 international students that arrived in Ontario over the last few months were able to do so because Ford’s government had approved them.

“If the Ontario government wants to do more to restrict the volume of people coming into Ontario, we are more than happy to work with them on it,” Trudeau said.

“But it’s been a week since we received that request directly from the premier that they haven’t followed up on, except with personal attacks, which doesn’t make sense and quite frankly won’t help Ontarians.”