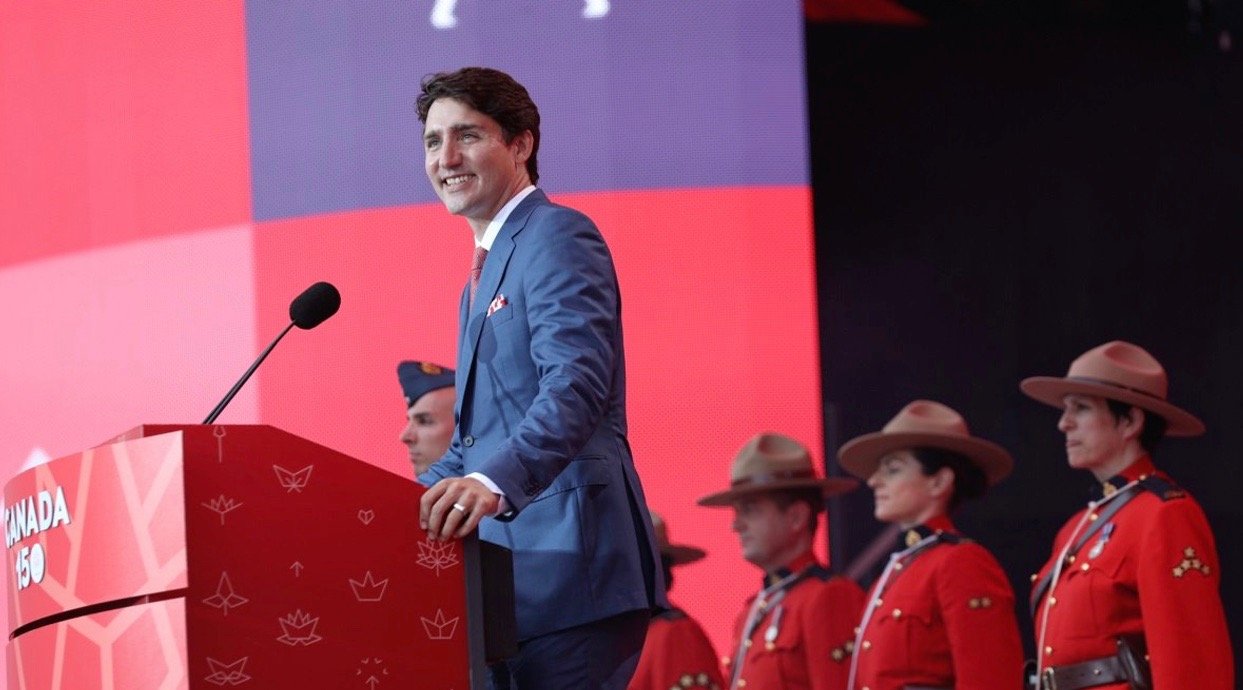 In his Canada Day speech in Ottawa earlier today, Prime Minister Trudeau forgot to mention Alberta when listing all of Canada’s provinces and territories.

Speaking to the crowd at Rideau Hall, Trudeau said:

We may live in British Columbia, Yukon, the Northwest Territories, Saskatchewan, Manitoba, Nunavut, Ontario, Quebec, New Brunswick, Prince Edward Island, Nova Scotia, or Newfoundland and Laborador…but we embrace that diversity while knowing  in our hearts we are all Canadians.

The crowd may have cheered but Twitter was quick to point out that the PM had missed one of the country’s provinces and territories: Alberta.

Trudeau himself was quick to jump to Twitter to apologize to Alberta.

Got too excited somewhere over the Rockies. Sorry Alberta, I love you. Happy Canada Day!

The damage, however, was already done:

I’m sure Trudeau missing Alberta was 100% unintentional, but the overreaction is going to be great.

Trudeau forgetting to mention Alberta when listing off Canadian provinces is going to be a thing for a while.

Watch the video of Trudeau’s gaffe below…