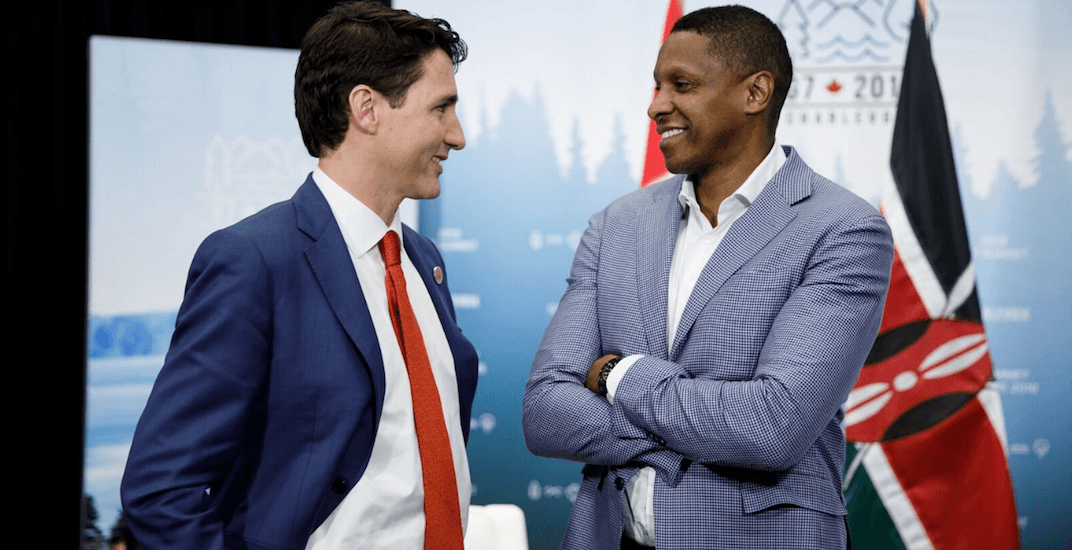 The Prime Minister of Canada might just make a trip to Parliament for the Raptors slightly redundant, as Justin Trudeau is set to attend the team’s championship parade today.

With downtown streets already jam packed, the leader of the country will join other notable Canadians — yes, Drake will be there too — at the already-rammed Nathan Phillips Square for the culmination of the event.

Several road closures and TTC diversions are already in effect for the big day, while Nathan Phillips Square is already jam-packed with people waiting to celebrate with their team.

The Raptors celebratory parade will depart from the Princes’ Gates, located at 11 Princes’ Boulevard, at 10 am, before proceeding east on Lakeshore Boulevard to York Street, north on York Street and north on University Avenue before entering Nathan Phillips Square via Queen Street for a celebration rally from 12:30 to 1:30 pm.

If you still haven’t left the home or office yet, but are thinking of entering the fray, here are some prime viewing spots in the city as suggested by Google Maps.