Amid the Canadian Prime Minister’s WE scandal, Justin Trudeau’s approval has dropped six more points and now has a 44% approval rating.

As Trudeau faces his third ethics investigation of his five years in office, the WE Charity scandal has proven to show effect on his approval.

But, according to the latest data from non-profit Angus Reid Institute, Canadians do not believe that the latest scandal will bring down the Liberal minority government.

Data was taken from an online survey, conducted by the Institute from July 23 to July 24, among a representative randomized sample of 1,519 Canadians.

“Against the backdrop of the COVID-19 pandemic response, Prime Minister Justin Trudeau’s own approval numbers, and those of his government, had rebounded in recent months. Then came WE,” said the poll.

Data shows that three-in-five (59%) say that the issue is a serious and significant one. This is twice the number of Canadians who say it has been overblown by the media and opposition politicians. 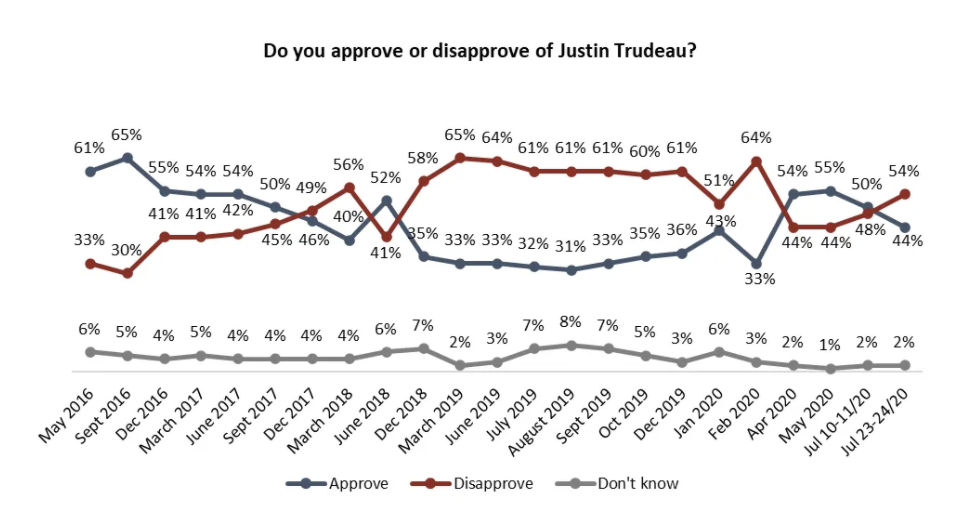 According to 43%, the Trudeau government knowingly committed an unethical act. A bulk of 37% say that the government’s actions in regards to the WE charity “constitute a possibly criminal act that warrants an investigation by police.”

Despite this, more than half (56%) doubt that this issue will bring down Trudeau’s minority government. But, one-in-three (32%) say that it may bring down the government.

Quebec residents (43%) are the most likely to say that they believe the government is at risk of failing because of the scandal. Compared to the rest of the country, Saskatchewan and Alberta are also more likely to say this.

Men and past Conservative voters are the most likely to say that their opinions of the Prime Minister have changed recently, for the worse.

More key findings have shown that 16% of Canadians choose ethics and corruption as one of their top three issues facing the country. An equal number said this during the SNC-Lavalin scandal in 2019.

The response to COVID-19, the economy and health care continue to be the core priority of Canadians. 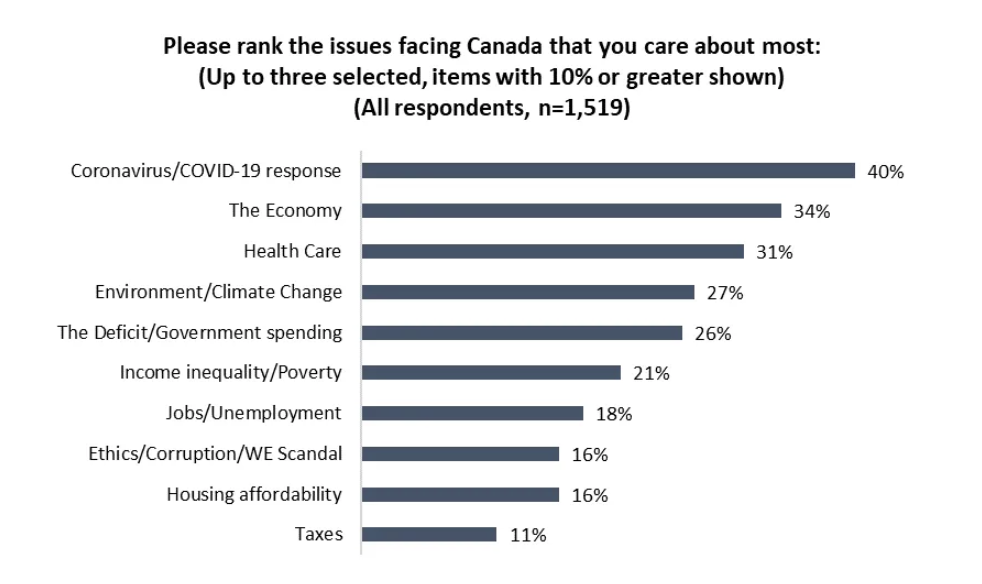