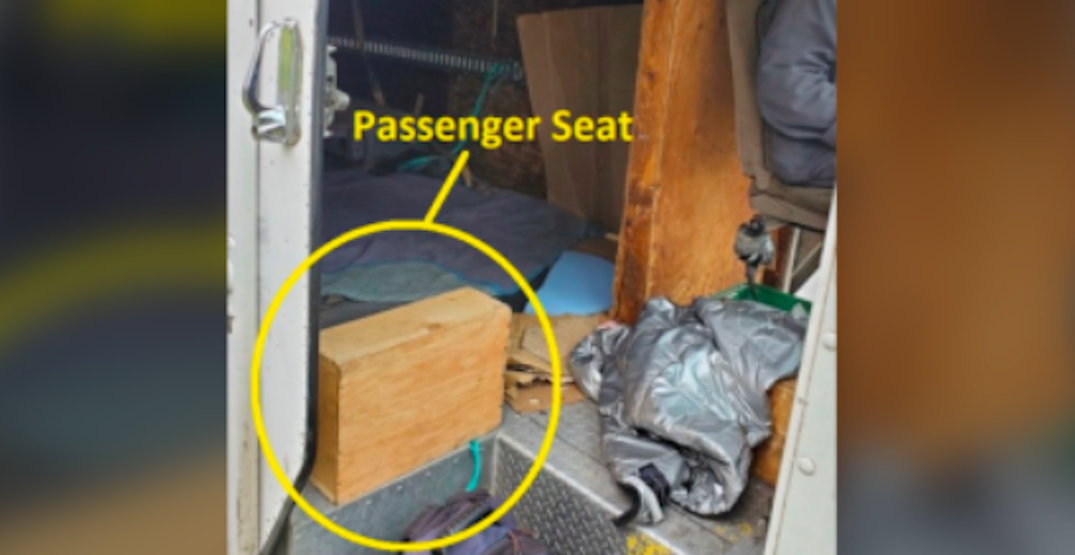 A truck driver in Burnaby was given a hefty fine and had their vehicle towed on Wednesday after police discovered a block of wood being used in place of a passenger seat.

On Twitter, Burnaby RCMP said the discovery was made during a commercial motor vehicle stop in South Burnaby.

Yesterday Burnaby RCMP Traffic Section, along with CVSE checked this truck at a secondary #CMVSafety stop in South #Burnaby. The passenger was sitting on a block of wood. 3 VTs were issued on 5 violations for a total of $1018. The truck was placed out of service & towed. @TranBC pic.twitter.com/nm3HAbmZVi

And beyond the block of wood where the seat should have been was the fact that it was actually being used by the truck driver’s passenger.

As a result, the driver was ticketed for a total of five violations, resulting in a fine of $1,018.

As for the truck? It was “placed out of service and towed,” police said.