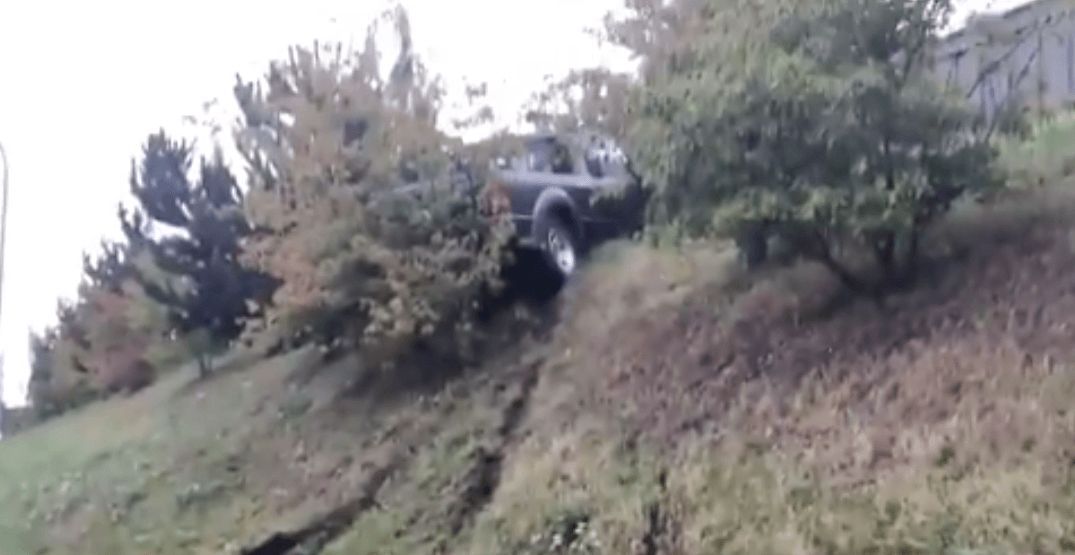 It’s a given that police see a lot of interesting things on Metro Vancouver’s roads.

But sometimes, it’s what’s off the road that causes the most head-scratching.

Take, for example, a video shared on social media today by Delta Police.

That’s a truck. Up a steep bank. Caught in a tree.

.@deltapolice traffic section out with this single veh mvi. One eastbound lane of Nordel way closed as you come up the hill from Hwy 91 until tow can recover it pic.twitter.com/Gse0euZTed

According to police, the incident took place on Nordel Way, near Highway 91.

Reportedly, this was a short-lived incident, as the department’s traffic unit provided an update not long after the original tweet.

Hey that was fast! Nordel clear but backed up a bit. Sometimes everything just -falls-into place! .@deltapolice clear of this mvi

So while it doesn’t sound like the incident was overly serious, it’s still anyone’s guess how the truck ended up there in the first place. (And yes, we see the tire tracks, but that just creates more questions, don’t you think?)

One thing’s for sure, though: Driving in Metro Vancouver is certainly never boring.