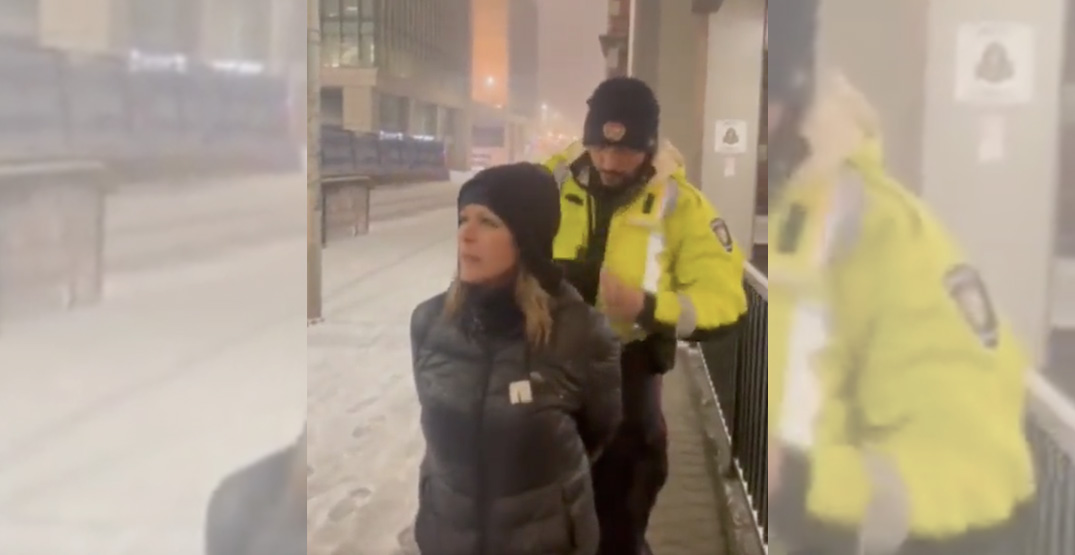 The organizers of the “Freedom Convoy” have been arrested and charged as police move in to dismantle the protest in Ottawa.

Tamara Lich, 49, has been charged with counselling to commit the offence of mischief.

“Some protesters are surrendering and are being arrested,” tweeted the police. “We ask protesters to remain peaceful and lawful.”

They issued another warning shortly after, stating that “under provincial and federal legislation, you will face severe penalties if you do not cease further unlawful activity.”

The Ottawa Police Service wants to inform you that under provincial and federal legislation, you will face severe penalties if you do not cease further unlawful activity and remove your vehicle and/or property immediately from all unlawful protest sites. #ottawa #ottnews

This comes two days after the Ottawa police issued a notice to demonstrators that anyone blocking the streets, or assisting in blocking, could be arrested.

The police are authorized to do this under the never-before-used Emergencies Act that Prime Minister Justin Trudeau invoked earlier this week.

On Thursday night, a video of organizer Lich being arrested was posted on Twitter by the “Freedom Convoy.”

A policeman walks over to her and asks to “talk for a second.” The conversation is incomprehensible, but Lich turns around with her hands behind her back, willingly being arrested.

“See you later, guys,” Lich says over her back as police take her away.

Tamara Lich has been arrested, but we will continue to #holdtheline pic.twitter.com/GaPZdsrhVe

The group posted a letter to Interim Police Chief Steve Bell on Friday morning. The letter is from the Justice Centre for Constitutional Freedoms, an organization that supports people’s refusal of the COVID-19 vaccines. They are accusing the Ottawa police of breaching the right to peaceful assembly under the Charter of Rights and Freedoms.

“THE COURT ORDERS that…persons remain at liberty to engage in a peaceful, lawful, and safe protest.” pic.twitter.com/Pcpal2ubJG

Both Lich and Barber are scheduled to appear in court today.