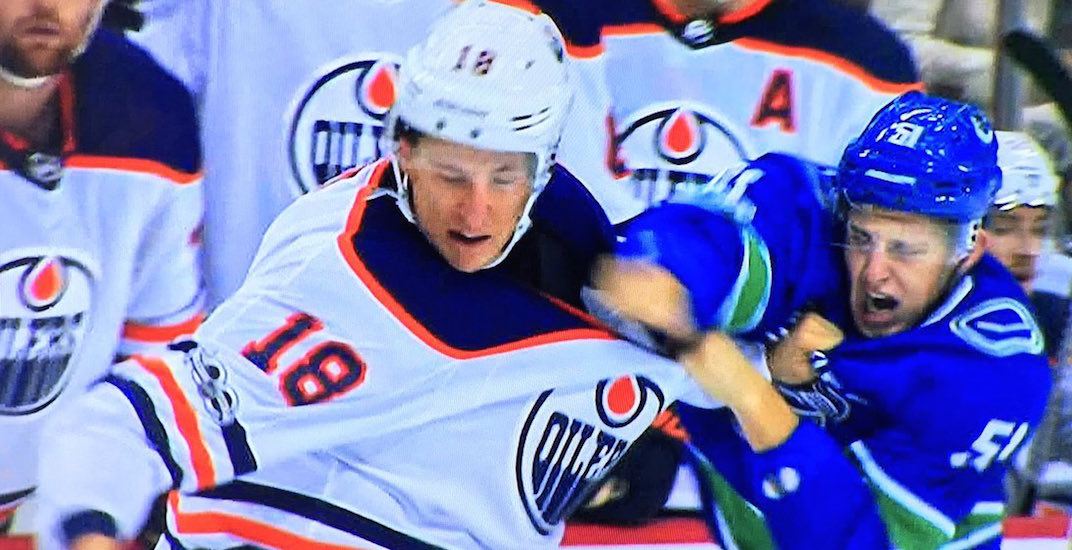 He’s the smallest guy on the team, but he’s proving to have a big heart.

Troy Stecher got into his first fight of his NHL career on Saturday. It was the cherry on top of what was a thoroughly entertaining 3-2 win for the Canucks over the Edmonton Oilers.

Stecher landed a big hit on Oilers winger Ryan Strome late in the second period. Strome, who is listed at three inches taller than the 5-foot-10 Stecher, wasn’t pleased.

He challenged the pride of Richmond, and Stecher obliged. And you know what? Turns out, he can handle himself.

Stecher also received a fighting major penalty last year against the Toronto Maple Leafs, though you couldn’t really call that one a fight. He was jumped by Martin and subsequently saved by Ryan Miller.

Let’s call this one a draw.