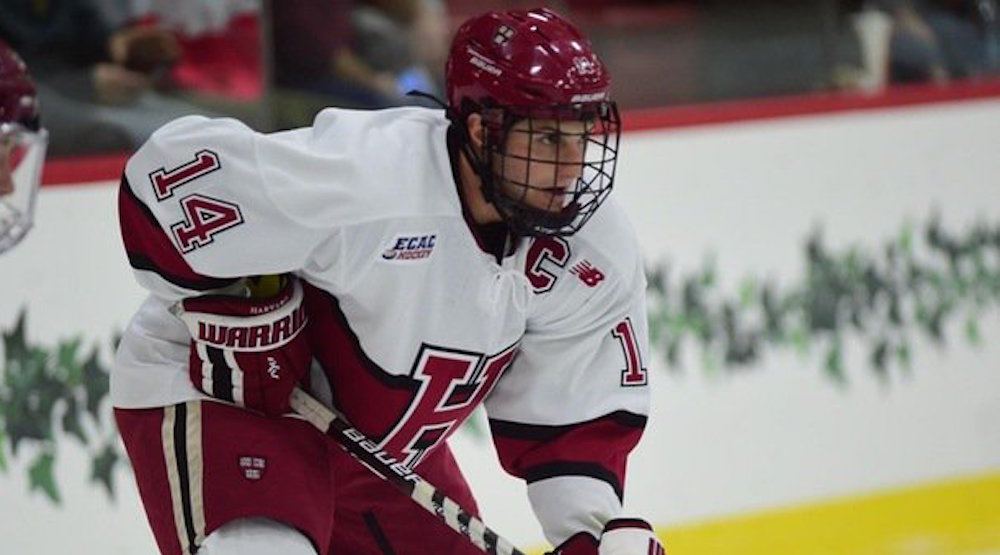 Alex Kerfoot has picked a team.

And no, the West Vancouver native did not choose Vancouver Canucks.

The 23-year-old college free agent has signed with the Colorado Avalanche. A strange choice?

Reports in recent weeks have connected Kerfoot to the Canucks. He reportedly met with them, and was mulling over offers from five teams.

Ultimately, chose to go to a place with an easier path to the NHL. The Avalanche were the worst team in the NHL last season, and by a wide margin. They finished 21 points behind the Canucks, who were the league’s second-worst team.

Told Joe Sakic did a great job selling Kerfoot on his fit with the Avs. With trades likely, his role could be significant in near future. https://t.co/WSylXhgqcv

Daily Hive’s Grady Sas reported last month that Kerfoot did not intend to sign with his hometown team. While playing in front of family and friends in Vancouver was appealing, the son of Whitecaps FC majority owner Greg Kerfoot doesn’t have time to waste.

When I wrote this piece a few weeks back, Alex Kerfoot was reportedly leaning towards signing with the #Avs. https://t.co/vouQqUH7lj

That’s why – believe it or not – the Avs are likely a good choice for the former Coquitlam Express standout.

College free agents are like the t-shirt cannon. Everyone goes nuts for it, but most of the time the prize kinda sucks.

While everyone wishes the local product nothing but success, it’s important to keep this signing in perspective. Colorado gets a ‘free’ prospect, but he’s by no means a lock to be an impactful NHL player.

So, good for the Avs, but now it’s time for Kerfoot to prove it.