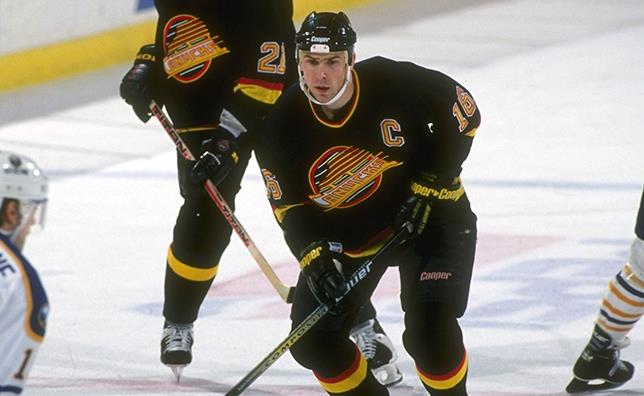 Trevor Linden was hired at a tumultuous time.

Having lost in Game 7 of the Stanley Cup Final three years prior, the team flamed out under John Tortorella in 2013-14. Mike Gillis had just been forced to send Roberto Luongo to Florida and Ryan Kesler demanded a trade.

It was painfully obvious that the team needed to rebuild, and without many promising prospects in the pipeline, it would take a few years.

This is what Vancouver looked like in those days:

Enter Linden, a Canucks legend, who would be hired on as the President of Hockey Operations, to save the team.

It would have been a great story.

Unfortunately, it didn’t go so well.

Instead of committing to a full rebuild, the team signed Ryan Miller and Radim Vrbata, pushing ahead to be competitive. And in the first year under new management, they were, finishing with a 101 points.

But it was a mirage.

The Canucks were over the hill. That season was the last truly great season from the Sedins. Same goes, to a lesser extent, with Dan Hamhuis.

Chris Higgins, who finished fifth on the team in scoring, would see his NHL career come to a grinding halt the next year. Burrows scored 33 points, the only time he would reach that mark after 2012. Derek Dorsett would never come close to 25 points again.

Fan confidence in the new regime took a massive blow in a span of three months when the Canucks re-signed Dorsett and Luca Sbisa to ridiculous overpayments, were beat up and knocked out of the playoffs in six games to Calgary, and traded Eddie Lack and Zack Kassian for underwhelming returns.

The Canucks had a “Summer Summit,” scheduled for soon after, and likely to his surprise, Linden found himself under fire. Like, really under fire.

The most popular player in franchise history – beloved far and wide in the city of Vancouver – was now the bad guy for the first time.

At the 2014 Summit, Linden was greeted with a standing ovation from season ticket holders. One year later, fans stayed in their seats for Linden, while Jim Benning even got some boos.

Fans were angry, demanding answers. One fan questioned the management team’s desire to win a Cup. It was uncomfortable to watch.

That was the last Summer Summit.

When the Canucks missed the playoffs for the next three seasons, compiling the worst-combined record in the NHL, while making confusing moves for a rebuilding team along the way, it got worse.

Was it Benning’s fault? Linden’s?

Either way, the image of Linden the legend was fading.

One of my favourite pics, the legendary @trevor_linden & the legendary #EmilyGriffiths #Canucks #Vancouver #memories pic.twitter.com/PtJ65Dm3nO

So now, as Linden leaves the organization – a report by Steve Simmons said he was fired – it at least allows him to go back to being the ’94 hero. Had he stuck around for more losing, more poor decisions, the shine could be harder to get back.

Instead of the salt and pepper haired manager trying to duck difficult questions, fans can begin to remember Linden as they want to – their young captain, playing hurt and scoring goals in Game 7 of the Stanley Cup Final.

When Kirk McLean walks into a room, fans pose for pictures with him ask about the ’94 run. And that’s it.

And soon, that’s what Linden will get to do again also.

The question is, if he was let go and didn’t leave “amicably” as the official release stated, when is the next time we’ll see him at Rogers Arena?