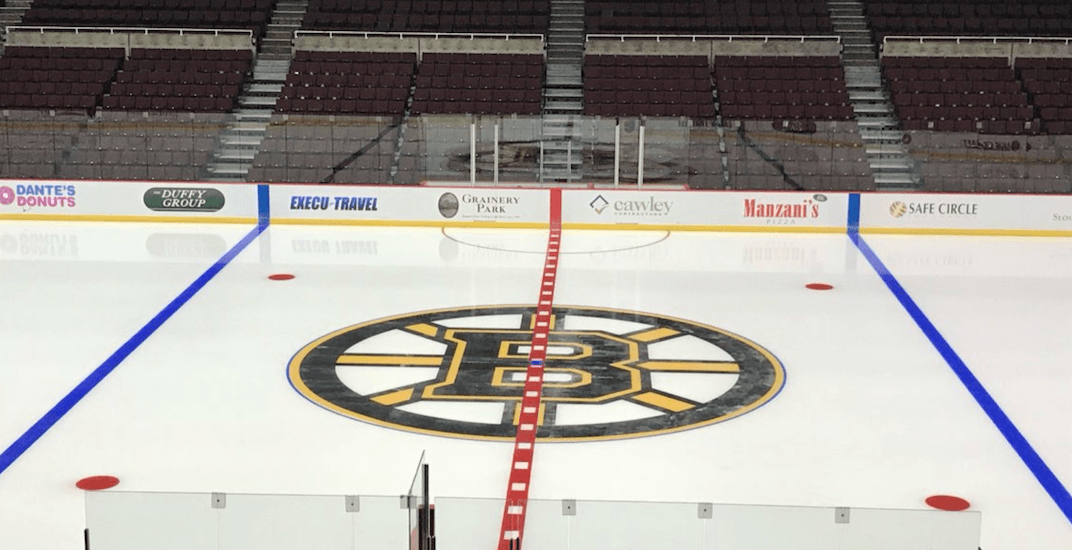 It hasn’t been home to the Vancouver Canucks since 1995, or the Vancouver Giants since 2016, but ice has been installed at the Pacific Coliseum in the middle of summer.

But the ‘Rink on Renfrew’ still doesn’t look itself.

That’s because there’s a big, fat, ugly Boston Bruins logo in the middle of it.

So if you walked into the Pacific Coliseum in VANCOUVER this week, this is what you’ll see! #Canucks #Bruins @TSNHockey pic.twitter.com/4JB216BIyO

The Coliseum is being used for a recurring location for the new television show, Million Little Things, which debuts on ABC this fall, a spokesperson from the PNE told Daily Hive.

The ice likely won’t be in for too much longer, as the Fair at the PNE begins August 18.

Makes sense, but ever since 2011, the spoked-B is just about the worst thing you can show someone from Vancouver. And while emotions have calmed somewhat since then, Canucks fans don’t forget.

what fresh hell is this

What the hell is this?! Did they hire locals to do this?!

Jim Benning is the inside man

So THATS why Trevor left 👍

This is out of line even for a movie shoot