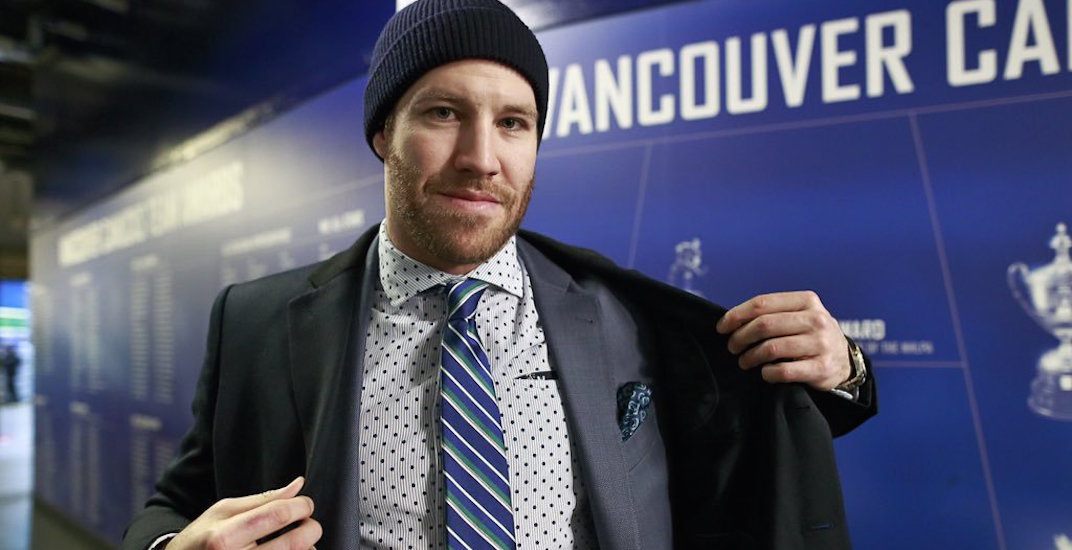 News of Trevor Linden leaving the Vancouver Canucks caught the attention of everyone in the hockey world.

The most beloved player in franchise history in the eyes of fans, there aren’t many people that are more popular in the City of Vancouver. That’s saying something, too, because many fans are upset about the team’s direction since Linden took charge as President of Hockey Operations four years ago.

This tweet, sent out by the Canucks’ account at 4:46 pm on Wednesday had no shortage of replies:

The most eye-raising response came from Brandon Prust, who played with the Canucks during the 2015-16 season. By the looks of it, he’s not a big fan of Linden or GM Jim Benning.

Ruthless stuff from Prust, who played a relatively uninspiring 35 games for the Canucks, scoring one goal and six assists before being sent to the AHL.

Seems Prust is still a bit bitter about the way his time ended in Vancouver, because that was the last he saw of the NHL. He was unsuccessful in his attempt to make the Toronto Maple Leafs the following season and wound up playing one year in Germany before retiring.

And while many Canucks fans were happy that Linden stepped away from his role in management, they weren’t about to let Brandon freaking Prust, of all people, kick dirt at a Canucks legend as he walked out the door.

The replies were straight fire…

Truth!! I mean what kind of management would trade for Brandon Prust?!!

Wow what did he do to you

Not his fault you can’t skate buddy

from a guy who spent more time at Pierres and the Roxy than in the locker room and on the ice. at least your wife is famous or wait….

At least Trevor could play hockey.

You did absolutely nothing in Van , what did you expect from Jimbo ? Hands were tied and you were holding the rope . How’s Germany or Latvia or wherever ?

Imagine if you were actually good at hockey…Then you wouldn't have to live off your wifes paychecks anymore.