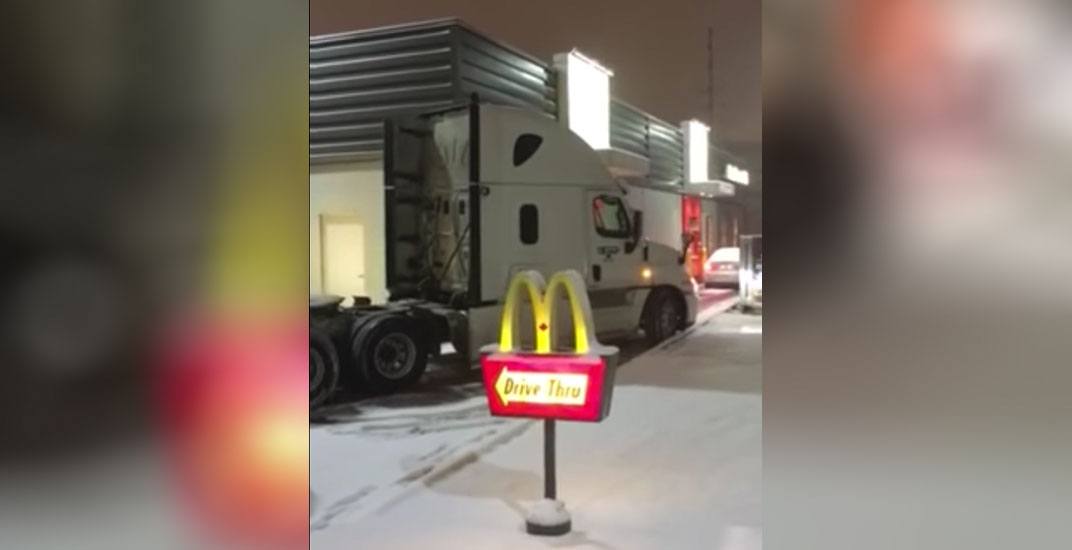 If there’s one thing we can all agree on its that when hunger strikes, you’ll do everything in your power to get something to eat.

And for one driver, it was attempting to drive a massive transport truck through a McDonald’s drive-thru.

In a video posted on YouTube by Juan Jaramillo, you can see the truck driver trying to manoeuvre a large transport truck through a McDonald’s drive-thru in Mississauga, ON with very little success.

You can see the driver pull forward and then back up several times, attempting to get the truck through the tight turn of the drive-thru.

In the end, you can see the driver back up in defeat.

You have to hand it to the driver for his valiant effort, but realistically if the driver continued with the attempt, the truck would have most likely ended up in the middle of the restaurant.