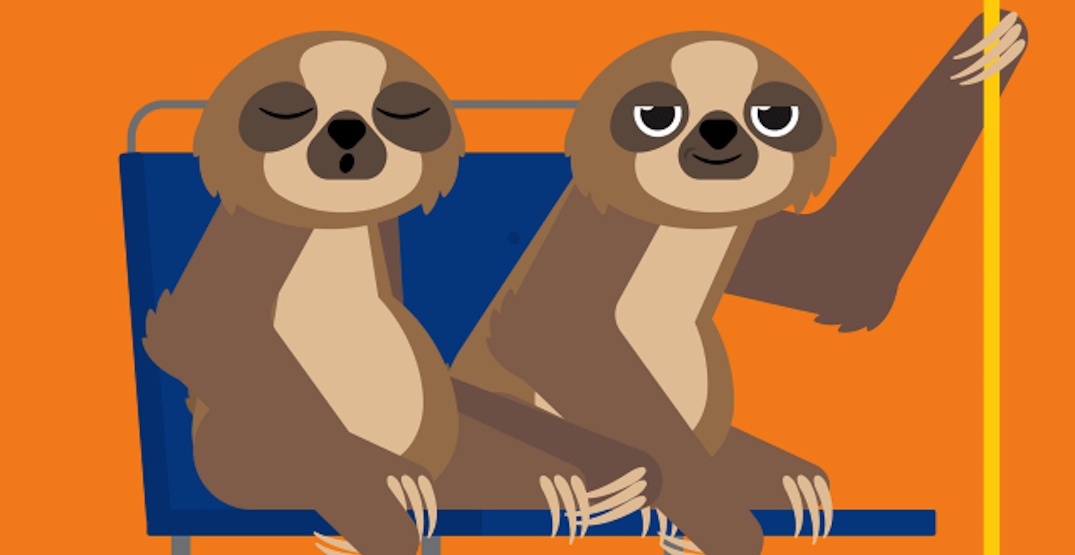 As the saying goes, it is all about “safety first” and this is best achieved by taking it slow.

That is the message TransLink is trying to get across to its passengers in a new educational awareness campaign throughout the fall that aims to cut down on the number of preventable injuries while on public transit — when people slip, trip, and fall, particularly when they rush to catch a bus or train.

Other injuries mainly pertain to not holding on while on a bus or train or even getting off the bus too early before the stop.

New experiential marketing graphics feature cartoonish octopuses, monkeys, and sloths to remind passengers to be safe. The graphics will be plastered on the exteriors and interiors of buses, even on the ceilings, poles, and straps of buses to remind riders to hold on.

The campaign will also be making a highly visible appearance across the SkyTrain system. 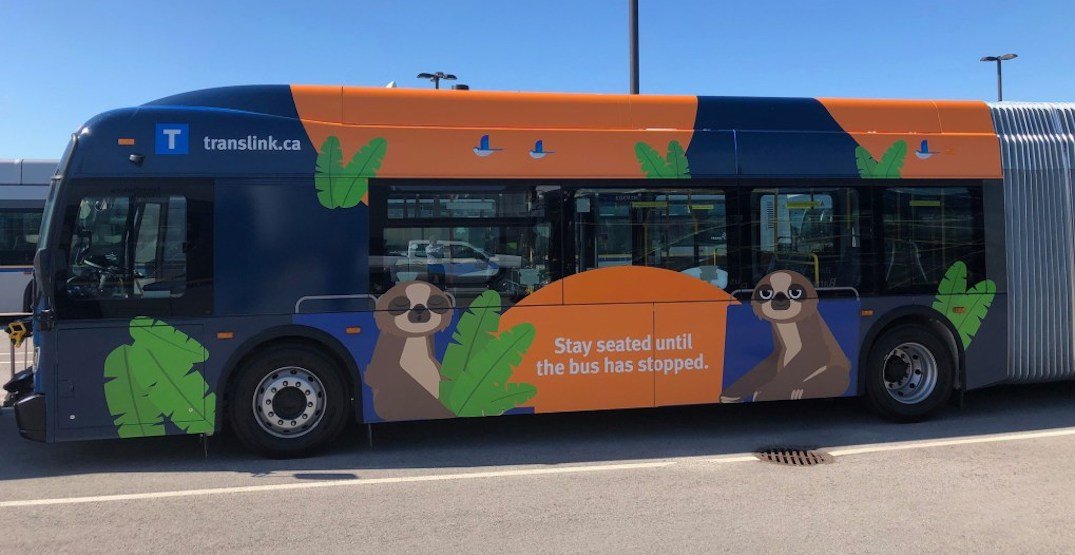 “Some of you have probably seen internationally these types of marketing images, whether it be safety issues or customer conduct on trains and buses. You always have to find something fun to get people’s attention around important issues,” said Kevin Desmond, CEO of TransLink, in a recent board of directors meeting. 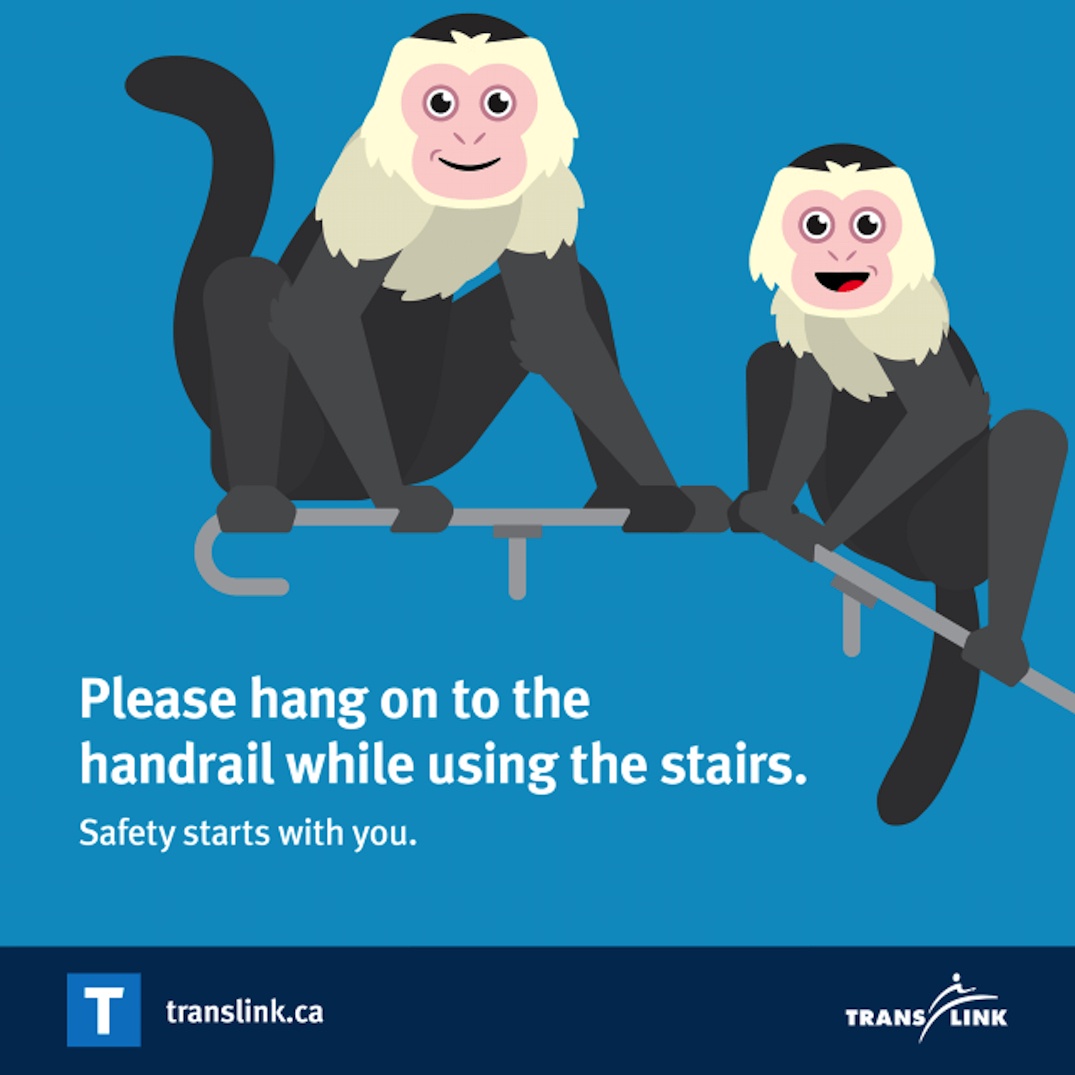 According to Michel Ladrak, the president and general manager of BC Rapid Transit Company (BCRTC), the TransLink subsidiary that operates the Expo Line and Millennium Line, about 55% of injuries on the SkyTrain lines are from slips, trips, and falls on escalators and stairs, with many occurring after the peak hours and over the evening. He says stations like Granville Station have particularly been a hotspot for such injuries.

The “zero-harm” campaign started this week and will run through the end of November. 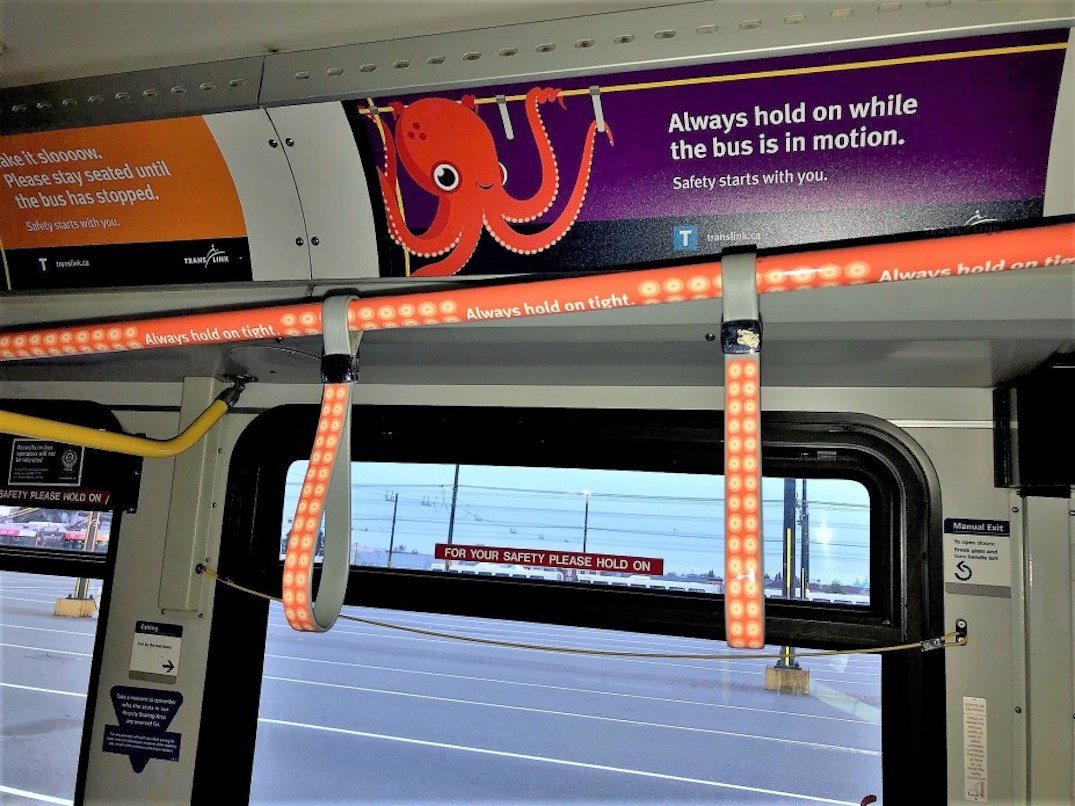