The region’s expanding SkyTrain car fleet demands the use of more real estate immediately adjacent to the train lines to fulfill growing storage and maintenance requirements.

To that end, Coquitlam has been identified by TransLink as the location of one of two new additional SkyTrain operations and maintenance centres (OMC) that will be built this decade. TransLink is estimating the significant new train yard and maintenance hub will cost about $300 million.

This Coquitlam OMC (OMC 4) is in addition to the planned major OMC on a roughly five-acre site in eastern Surrey or Langley for the second stage of the Surrey-Langley SkyTrain (SLS) extension of the Expo Line.

A spokesperson for TransLink told Daily Hive Urbanized that both facilities are needed, with the Coquitlam OMC used to support the new SkyTrain cars on order for the Millennium Line and the first stage of the Surrey-Langley SkyTrain Expo Line extension reaching Fleetwood.

The fully built SLS project will add 55 cars (11 five-car trains) to the Expo Line, with 25 cars (five five-car trains) set for the first stage reaching Fleetwood if the extension ending in Langley Centre is built in two stages.

In December 2020, TransLink announced it had selected Bombardier to fulfill an order of 205 new additional and replacement SkyTrain cars (41 five-car trains) at a cost of $723 million, including 125 new cars (25 five-car trains) to retire the original fleet of 150 Mark I cars and for the capacity increases needed by 2025 in time for the opening of the Millennium Line Broadway Extension to Arbutus, and another 80 new cars to improve overall capacity on the Expo and Millennium lines. 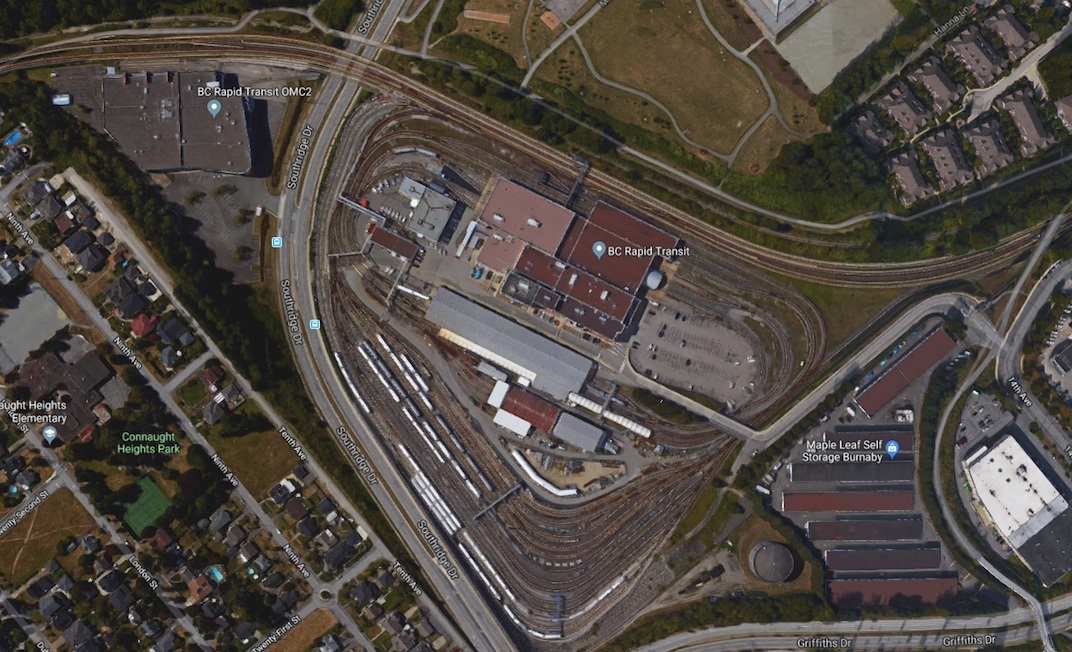 Both precise locations for the new OMCs have not been disclosed at this time.

It is unclear whether the new OMC in Coquitlam could be an expansion of the existing small OMC at Falcon Drive (OMC 3) — between Inlet Centre Station and Coquitlam Central Station — built for the Evergreen Extension. Last year, TransLink completed a minor expansion of this OMC to the west of the existing facility at a cost of $21 million, increasing its storage capacity by up to approximately 30 cars.

The area immediately north of OMC 3, owned by BC Hydro, is largely undeveloped with only a minor office building and surface parking. The adjacent industrial sites are occupied by warehouse-type structures.

Last year, the City of Coquitlam approved a new city centre plan that called for setting aside space for a future additional Millennium Line station in the area of Falcon Drive. This would be supported by encouraging more dense development in the area.

As for the Surrey-Langley OMC, its cost will be covered by the SLS project budget, which has yet to be formally funded, although the provincial government has stated building the entire project in a single phase is now a priority for them.

The new Coquitlam OMC remains unfunded as well, despite being “critical” to support the order of new trains and the SkyTrain extensions in Vancouver, Surrey, and Langley.

A formal letter this week to the federal government from TransLink’s Mayors’ Council seeks federal funding to help fill the budgetary shortfalls, including the $1.5 billion still needed for the SLS SkyTrain extension portion from Fleetwood to Langley Centre, $560 million for the new battery-electric bus fleet and the associated charging and maintenance facilities, the OMC 4 in Coquitlam, and $50 million for active transportation and project planning to support Transport 2050’s new 30-year regional transportation plan.

The Mayors’ Council deems these as “shovel ready” projects that are eligible for the federal government’s recently announced funds of $1.5 billion for zero-emission buses and $5.9 billion for shovel-ready transit infrastructure stimulus projects through 2026.

In 2026, a new $3 billion annual permanent transit fund will kick in, when existing funding programs near their end.

The federal and provincial governments announced in 2019 a $1.47 billion investment on renewing existing SkyTrain infrastructure, which includes not only the new Bombardier train order but also upgrades to the existing Edmonds operations and maintenance centre (OMC1), the train control and operating systems, and a new operations and control centre for the entire SkyTrain network across from Edmonds at OMC2.

The new $110 million operations and control centre will be within a new building on an undeveloped area of OMC2.

Nearly three years ago, an expansion of the Bridgeport OMC for the Canada Line was also completed to accommodate the storage needs of 24 new additional cars (12 two-car trains). 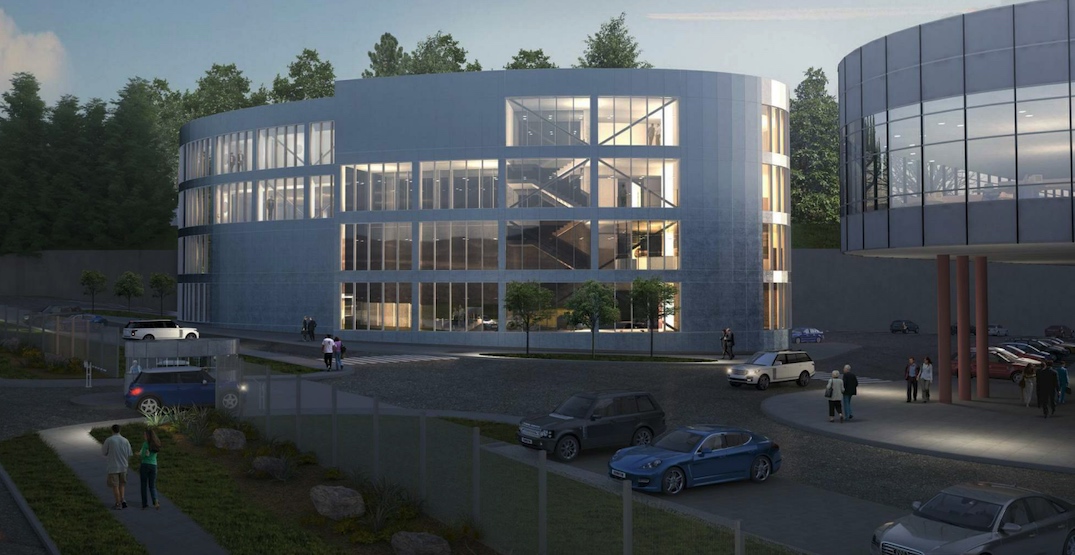