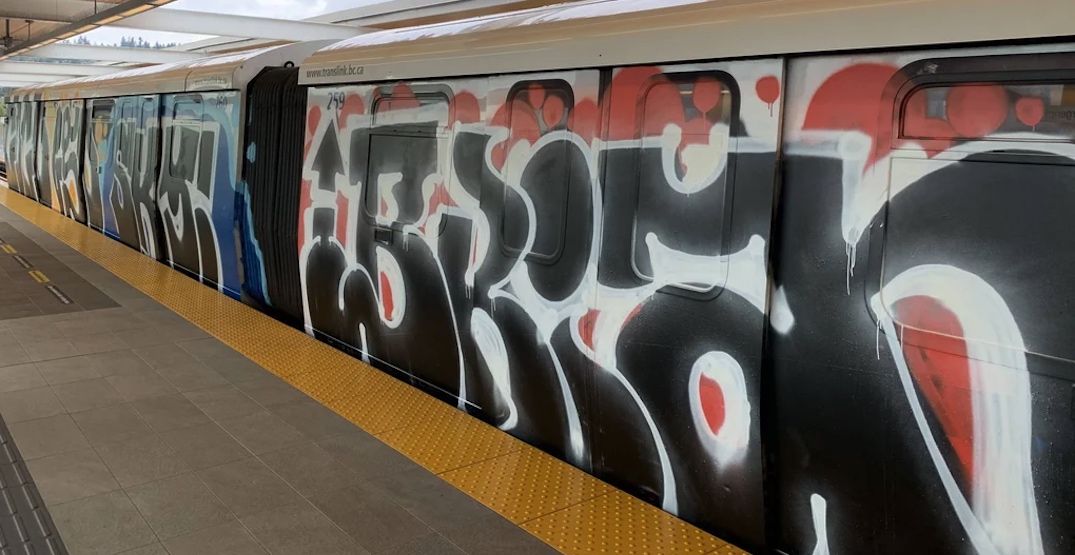 Some repairs were performed on two SkyTrain cars defaced by graffiti.

A Mark II train’s exterior was thoroughly vandalized overnight after Saturday’s opening hours. A photo of the defaced train operating on the Millennium Line was posted onto Reddit over the weekend.

TransLink spokesperson Jill Drews told Daily Hive Urbanized the vandalism occurred while the train was stored on a section of track on an elevated guideway behind a security fence.

“Security breaches of this nature are very rare given the section of track is not easy to access. The train has been pulled from service and the incident has been reported to Transit Police,” she said in an email.

For security reasons, the location of where the train was stored and where the track intrusion incident occurred was not disclosed.

The SkyTrain cars were taken out of service and cleaned, and have since been placed back into operation. 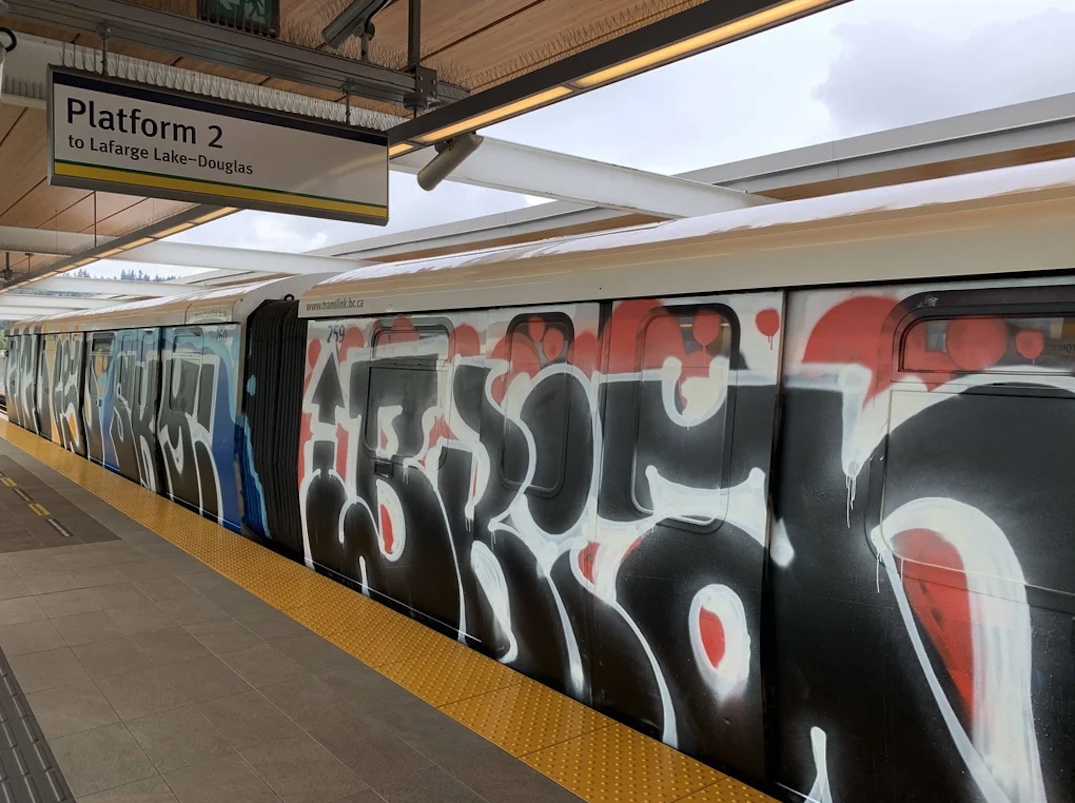