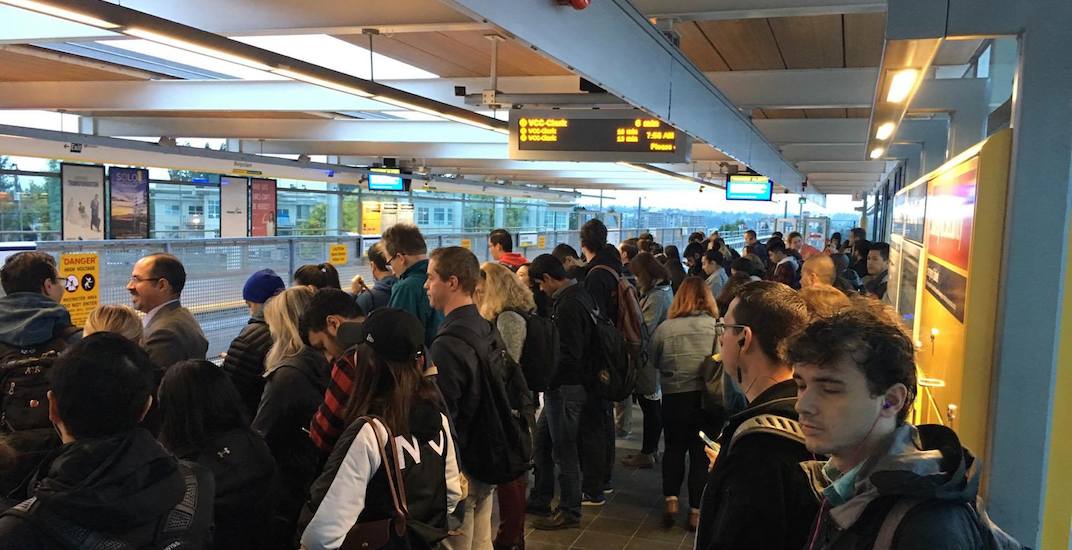 Burquitlam Station on the Evergreen extension of the Millennium Line (Translink)

After collecting and processing all of its data, TransLink says it saw 407 million boardings on its public transit services, marking a record ridership for Metro Vancouver.

“Past investments in transit infrastructure are paying dividends as we see the record-breaking ridership and the rapid growth in transit as the preferred option for commuters,” said TransLink CEO Kevin Desmond in a statement.

“It’s a great trajectory, and with demand for transit still running high, it’s imperative that we continue investing and adding service, so we can deliver service that is reliable, convenient and reduces crowding for our customers.”

The public transit authority attributes the growth to continued service expansion, including the December 2016 opening of the Evergreen extension of the Millennium Line, and the strong local economy.

Ridership saw gains in all modes except the West Coast Express commuter rail, which saw a decline of 5.5% likely due to some passengers switching over to the Evergreen extension at Coquitlam Central Station.

Overall within the Tri-Cities, ridership was up by over 25% at the end of 2017 largely as a result of the Evergreen extension.

TransLink adds that the rapid growth in transit usage means transit expansion projects like the Broadway extension of the Millennium Line and Surrey light rail transit need to be built as scheduled. Subject to the confirmation of funding from the provincial government, both projects are slated for a mid-2020s opening.