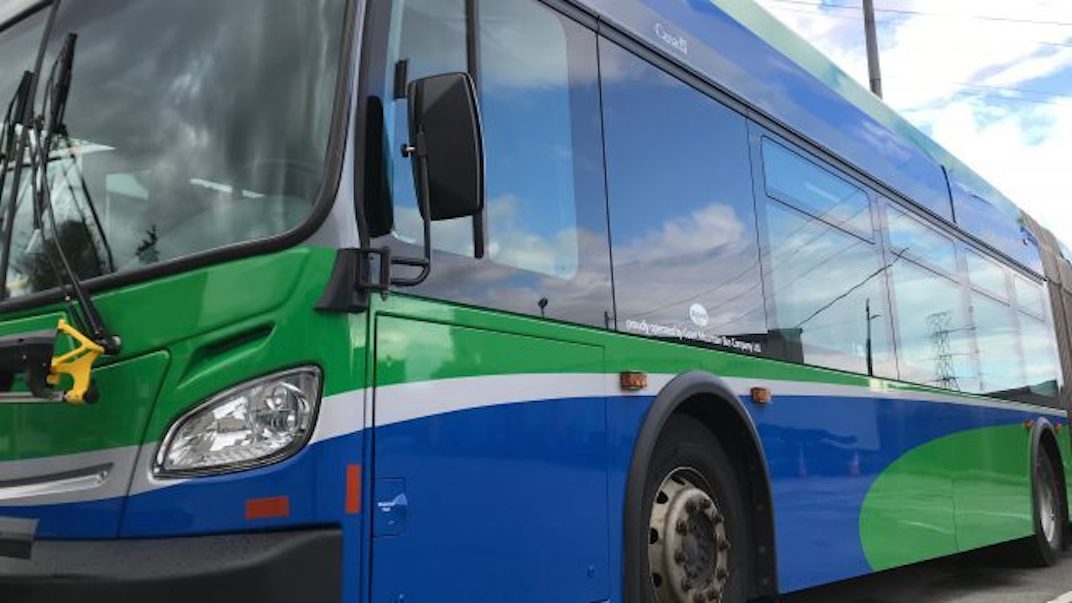 TransLink announced today its natural gas bus fleet will fully switch to a renewable natural gas (RNG) fuel source by 2024, with the help of FortisBC.

FortisBC will supply TransLink with up to 500,000 gigajoules every year, and by 2024 RNG will become the only fuel source for the natural gas bus fleet. The five-year transition period on its own will reduce TransLink’s greenhouse gas emissions by 50,000 tons — equivalent to taking 10,000 cars off the road for a year.

Since the 2000s, a growing proportion of the public transit authority’s bus fleet has been switched to natural gas. The use of natural gas from a renewable source, mainly from the biogas of decomposing organic material, reduces the environmental footprint of the transit buses even further.

According to the public transit authority’s financial reports, it spent $19.7 million on diesel fuel in 2017, but it only expects its natural gas bill to be $4.8 million for the three-year period beginning in 2019.

“Investing in transit is essential for our region and the environmental benefits of doing so can’t be understated,” said TransLink CEO Kevin Desmond in a statement.

“Using renewable natural gas moves us towards meeting our environmental goals and reduces our reliance on fossil fuels. It’s partnerships like this that help create a more livable and sustainable region today and into the future.”

The usage of RNG aligns with TransLink’s long-term goal of cutting its total emissions by 80% by 2050, with cleaner fossil fuel sources such as natural gas being utilized as a transition towards the emissions target, which will largely be eventually achieved by the fleet-wide adoption of electric battery buses.