Riders of the SeaBus ferry will have to wait about a year before they can use the newest ferry vessel on the system.

The Burrard Chinook, built by Damen Shipyards in the Netherlands, is not expected to enter regular service until the summer of 2020, according to Michael McDaniel, president and general manager of TransLink subsidiary Coast Mountain Bus Company.

During today’s TransLink board of directors meeting, McDaniel said the new ferry vessel is still in the possession of the shipyards due to the need to perform modifications to it that add buoyancy.

“We decided to make some final modifications of the vessel after sea trials. The modification work will improve handling capability as the vessel sits slightly lower in the water than the other SeaBus vessels,” said McDaniel.

Currently, the vessel floats lower because of its hull shape and the added weight from a significantly upgraded emission controls system — which decreases emissions by 75% — and a more powerful air conditioning system.

Without the changes that bring it up from the water, he says, the vessel could experience “adverse effects in rough sea conditions and alignment issues in the terminals.”

The design process for the changes to the vessel are expected to take a few months, before construction work begins. 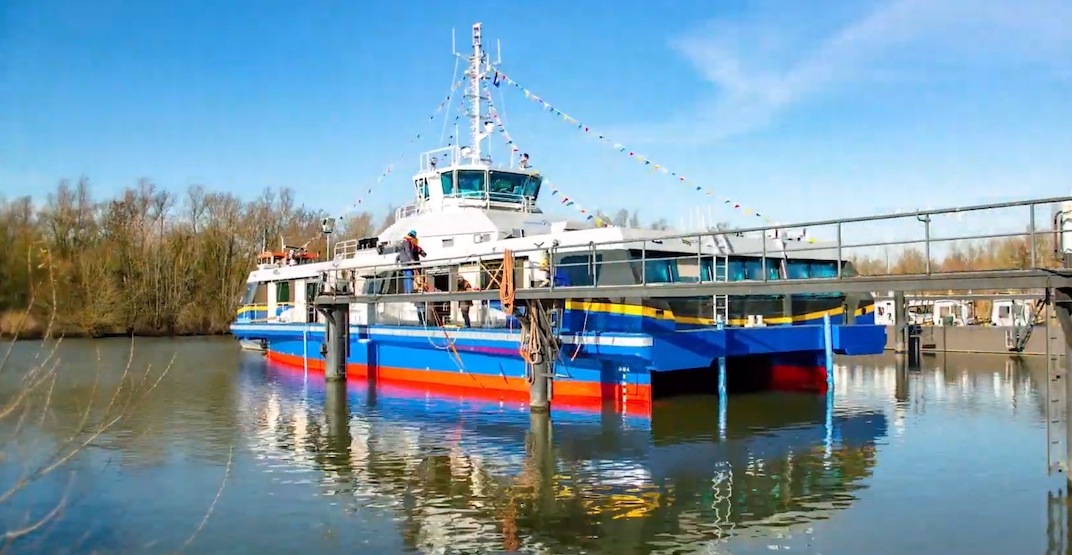 McDaniel noted that the vessel’s cost is currently below its $29 million budget, and it is anticipated that the final modifications will remain within budget without any cost implications that go beyond the allocation for the project.

The vessel first arrived in May on a heavy-lift cargo ship, and began local sea trials shortly after. It was originally anticipated to be the vessel that would allow TransLink to operate 10-minute frequencies during peak hours beginning in early September, but this service improvement went ahead as scheduled by using the Burrard Beaver for regular service.

The 1976-built Burrard Beaver, one of the original remaining SeaBus vessels, was previously only used as a spare vessel when the newer ships undergo regular maintenance.

The other SeaBus vessels that are in use are the 2009-built Burrard Pacific Breeze (2009), and 2014-built Burrard Otter II. The former was built in BC shipyards, while the latter — distinctly differentiated by its larger windows — was built in Singapore.

Each vessel holds 385 passengers in a seated configuration. 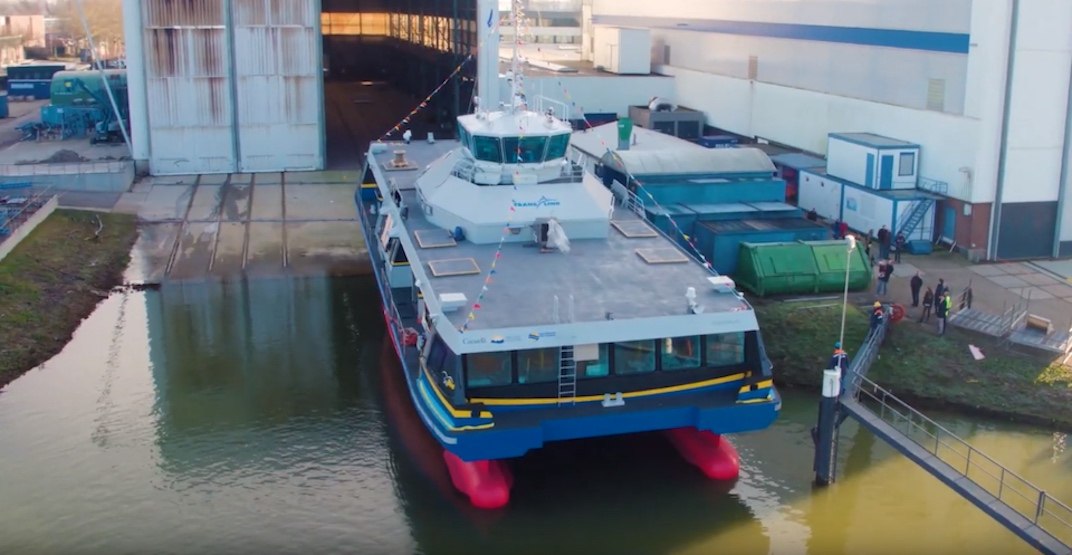 Damen Shipyards will handover the Burrard Chinook to TransLink “when all expectations are met.” The vessel is expected to have a lifespan of at least 40 years.

This is a year-over-year ridership increase of 4.5%, and its ridership level is equivalent to TransLink’s 11th busiest bus route.