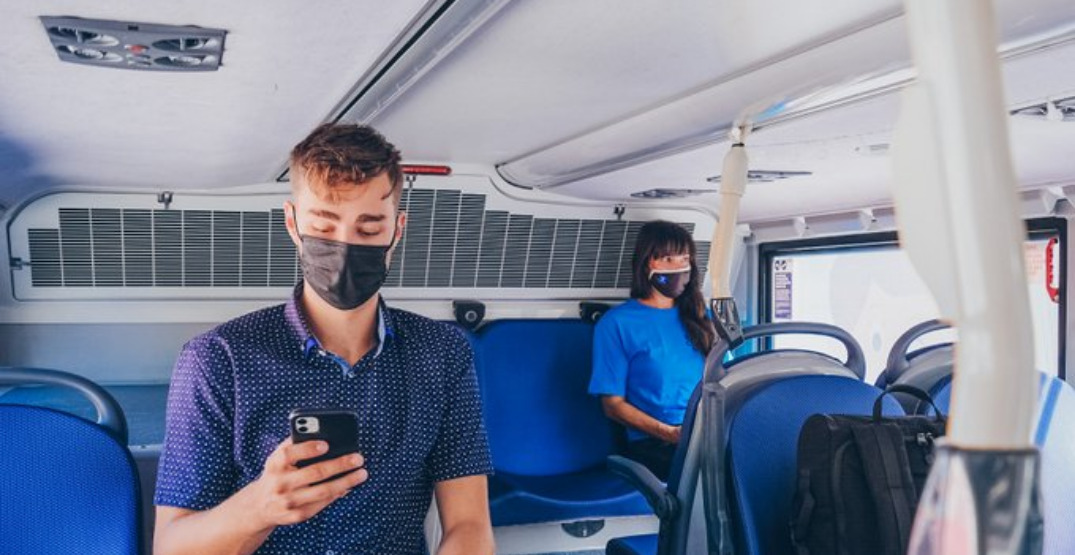 In compliance with BC health guidelines, TransLink has announced that they will be bringing back their mandatory mask policy.

BC officially dropped the mask mandate on Canada Day, but almost two months later, due to rising COVID-19 case counts, and the Delta Variant, the mandate is back.

While some businesses opted to keep their mask mandates in place, TransLink followed the provincial guidelines, and lowered their mandatory mask policy to a recommendation.

The mask mandate will apply to anyone boarding, or waiting for transit at any indoor or sheltered stations and stops.

In a press release, TransLink states they will provide exemptions for anyone with an underlying medical condition, or disability which inhibits the ability to wear a mask or face covering, children under 12, and employees working behind a physical barrier.

Police and first responders are also exempt from the policy.

In response to today’s announcement from the BC Government, masks will once again be mandatory on all transit vehicles and inside all our stations. Find out more here: https://t.co/JCX6PYvVHk pic.twitter.com/4TocnJEWw1

TransLink will now have to replace all of their signage, which was updated just over a month ago. TransLink says that it will take some time for these changes to take place, thanking customers for their patience.

It is unclear as of yet whether this means that Transit Police enforcement of masks on TransLink vehicles will also return.

Daily Hive has reached out to TransLink for more information, and this story will be updated accordingly.